The battle between Glee‘s Rachel Berry and Harry Potter‘s Hermione begins, as all great battles do, with an LBD and a fierce pair of heels.

Emma: I see your LBD and fierce heels, and raise you an LWD and EVEN FIERCER HEELS.

Lea: Nice try, honey. Talk to me when you’ve got a vag-high slit in your ball gown.

Emma: Um, I’m Hermione Granger. I don’t do vag-high slits. I do kicky little dresses that emphasize the hipster-ness of my post-Potter pixie cut.

Lea: Whatever, Granger. And by the way, I might be the world’s biggest hag, but at least I didn’t have a crush on the clearly queer Gilderoy Lockhart.

Emma: Touche. But you’re still way more of a hag than I’ll ever be.

Lea: Fair. But being a hag = more access to gay men who will dress me in fabulous Oscar de la Renta gowns!

Emma: Slow down, Ruffles McGee. You need to tell your gays to keep it light and simple. Exhibit A: ME!

Lea: Sorry, but I don’t do light and simple. However, I do do glittery and low-cut!

Emma: Fine. You want some skin? Here’s legs for days and a practically see-through dress. And I still look classy, ’cause I’m Hermione, bitch.

Lea: Well, I have ever inch of skin on my body except my back covered, and I still look sexalicious! Beat that!

Emma: That’s a whole lot of sparkles. Can’t we just do a nude, one-shouldered Valentino gown? This way I can hide my boobs under a ruffle, lest Warner Brothers murder me for over-sexualizing Hermione.

Lea: Aw, that’s cute that you have to cover up for your little movie! Because I do cleavage-baring gowns and nearly-nude photo shoots like, twice a week, and Fox is loving it.

Emma: Okay. I’m starting to see the appeal of the vag-high slit in the ball gown. It does provide a nice breeze during those sweaty LA nights.

Lea: Good girl. Now when you learn to rock a plunging V-neck like me, I’ll consider my job done.

Emma: Sorry, Lea, but that just ain’t my style. I’m sticking with minimalism and you can fuck off.

Anne: Hi, Taylor. I’m Annie, and I’ll be teaching you how to transition from teen star to adult icon without landing in rehab.

Taylor: Ohmigod, KEWL! I was wondering how you made it from The Princess Diaries to hosting this year’s Oscars without so much as a cocaine possession charge!

Anne: It sure wasn’t easy, particularly with the amount of drugs James Franco made available to me backstage.

Anne: You dated Jake? Um, ew. Aren’t you like, sixteen?

Taylor: No, I just act that way so little girls will buy my records. I’m actually 21, which makes it less creepersville that I dated Jake, who’s 30. And John Mayer, who’s 33.

Anne: You really get around.

Taylor: I’m a statuesque blonde blue-eyed pop star with bedroom eyes and a sickening sweetness. OBVIOUSLY I get around.

Anne: Touche. But shouldn’t you be dating like, a Jonas brother or something?

Taylor: Um, only if I wanted to never get laid.

Taylor: Okay, I can totally do that. But will that really stop me from turning into Lindsay Lohan?

Anne: Sure, if you stay away from tanning beds, peroxide-filled hair dye, and tequila. Next: Don a floral, one-shouldered full-length gown.

Taylor: Um, no thanks. I think I’ll just maintain my super-virginal status in a girly white gown.

Anne: Super-virginal? Do you expect anyone to believe that you dated John Mayer and Jake Gyllenhaal and DIDN’T SLEEP WITH THEM? Also, your lipstick is whorish.

Taylor: Okay, I really want to be mad at you for being totally mean, but, could I borrow those sparkly shoes?

Kate: Cheerio, Diane! I understand you’re a super-hot multi-lingual actress, but I will literally become a PRINCESS in a few weeks. And I wear fierce hats.

Diane: Yes, you’re British and your hats are fierce, but I run around Hollywood and Europe in head-to-toe Chanel on basically a daily basis. Beat that.

Kate: I’m dressed in my winter best, and I have royalty on my arm. Is there a better accessory than the Prince of England?

Diane: These shoes give Prince Will a run for his money.

Kate: True. Those shoes are killer. But once again, I don’t think they can defeat the fabulosity of my hat.

Diane: I see your hat and raise you the perfect perm, gorgeous makeup and even more Chanel.

Kate: I will now prove that even when I am not wearing a jaunty hat or otherwise stereotypically British fashion item, I am still one fierce princess.

Diane: BUT I AM STILL IN CHANEL. And now it’s purple and shiny! Even your most Anglo-delightful fashions cannot defeat me!

Diane: Okay, princes are great. But I have Pacey from Dawson’s Creek on my arm, and even Prince Will can’t defeat that.

Kate: Um, yes, he can. Because I have Princess Di’s engagement ring. I’d like to see Pacey try and get his hands on that shit.

Diane: But I get to show off my Greek warrior goddess style in flowing, draping red carpet gowns. What do you do?

Diane: Watch it, bitch. You might be an almost-princess, but I’m a proven red carpet queen.

Kate: Whatever. Talk to me when you’re traipsing around England in the perfect red suit and black accessories, darling.

Mila: Hi, I’m Mila. I’m cute as a goddamn button, I have a sexy pack-a-day rasp, and I have hot drug-fueled imaginary lesbian sex with Natalie Portman.

Mila: Oh, um, I don’t really know. I just kind of smoked cigarettes and took ecstacy and went down on Natalie when they told me to.

Kate: Well, that’s fair. But why would two mega-hotties be fighting over that total creeper of a choreographer?

Mila: Did you not see Center Stage? Ballerinas have to fall for their fugly, creeper choreographers. It’s in the job description.

Kate: Totally true. But nobody danced the Swan Queen with a giant piece of glass in their side in Center Stage.

Mila: Yeah, but wouldn’t Center Stage have been way better if that blonde chic had a shard of glass in her?

Kate: Obviously, but only because her acting is so bad that I’d prefer to have a shard of glass inside ME than watch that biddy try and emote.

Mila: I hear ya. But she did rock those red pointe shoes during that rockin’ Jamiroquai number.

Kate: YEAH, she did. Red point shoes were definitely lacking in Black Swan.

Mila: Disagree. Natalie’s blood-soaked shoes from her incessant toenail-clipping might have done the job. 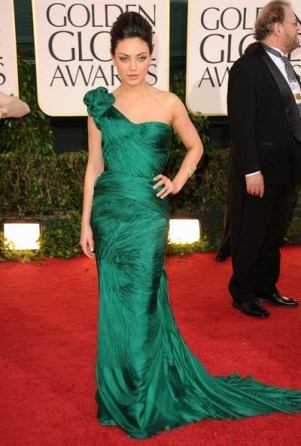 Kate: Ew. Don’t even get me started on how nauseating all that business was.

Mila: Tell me about it. Why do you think I dropped so much weight during filming? It wasn’t ’cause of dancing – it was because after the first take of Natalie scratching herself, I never had an appetite again.

Kate: Well, that makes sense. But mostly because your dancing was so not good enough for you to have legitimately dropped all that weight just from being a ballerina. 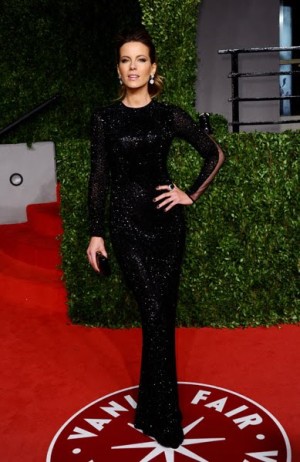 Kate: I mean, who am I to talk? I’m at every hot red carpet event and every Cannes film festival premiere, and STILL nobody knows who the fuck I am.