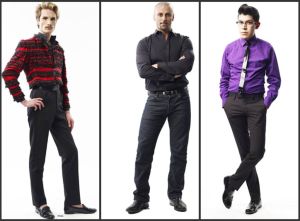 Merry holidays, dear readers! As we wave goodbye to the season of too many carbs, let’s welcome the Project Runway All Stars (premiering January 5, so check back here on the 6th for the recap)!

Here’s a brief introduction to each designer, who they are, and what I remember them for (feel free to disagree!). Leave your feelings on this crop of PR alum in the polls/comments, dear readers!

AUSTIN SCARLETT
Fourth place, Season 1
Age: 28 // Hometown: New York, NY
Remembered for: his corn husk dress (below); being robbed of a spot in the finals 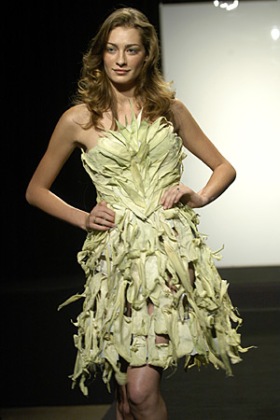 KENLEY COLLINS
Third place, Season 5
Age: 28 // Hometown: New York, NY
Remembered as: the one who refused to accept criticism while ripping off off McQueen, Balenciaga, and more

And if you doubt she’s really ripping off great designers, check it: 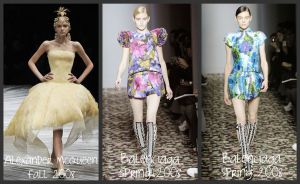 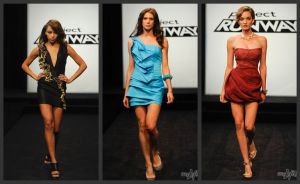 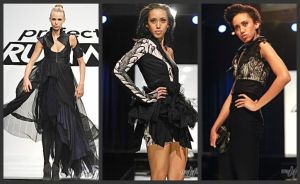 MICHAEL COSTELLO
Fourth place, Season 8
Age: 28 // Palm Springs, CA
Remembered as: the most obnoxious character imaginable, with no design skills to back it up

MONDO GUERRA
Runner-up, Season 8
Age: 33 // Hometown: Denver, CO
Remembered as: the master of mixing prints; being robbed of the win by the undeserving Gretchen

So, dear readers? Who are you the most – and least – excited to see? How will any of us enjoy this show without Tim Gunn? Will the judges continue their crack-fueled haze of inconsistent, unreasonable commentary, garnering results that infuriate the blogosphere? Oh, and who the hell is going to win this thing?

8 responses to Meet the Project Runway All Stars!