The last Round 2 match-ups are awaiting your judgment.

Cate in Schiaparelli; Jena in Valentino

Cate: Oh, Jena. I’m so sad for people like you, who have to settle for getting photographed on graffiti-covered red carpets. That would never happen at any of the events I attend.

Jena: That’s not graffiti, moron. It’s from the movie I was in.

Cate: Oh, of course. I would tell myself the same thing if I were in your probably-bought-on-sale shoes.

Jena: What is your damage, Heather?

Cate: Nothing! I’m just trying to provide as much wisdom as I can for underprivileged starlets like you.

Jena: Underprivileged? Are you fucking kidding me?

Cate: I’m sorry, what’s the politically correct term for someone of your status? I thought “D-List” was kind of pejorative.

Jena: Wow. I never knew the A in “A-List” stood for “asshole” until today.

Cate: I don’t appreciate your sass, Jena. I really am just trying to help.

Jena: Well, try a little less, would you?

Lily in Galvan; Rachel in Self-Portrait

Lily: Can I ask you a question?

Rachel: Not if it’s about Mean Girls.

Rachel: And not if it’s about making out with Ryan Gosling.

Rachel: I don’t believe you. People only ever ask me about Mean Girls and Ryan Gosling. 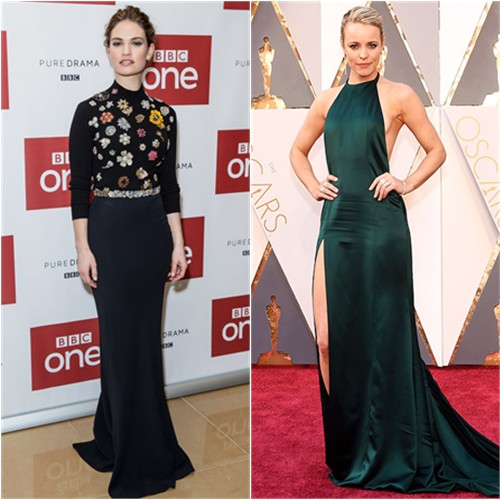 Lily: Well, people only ask me about Downton Abbey and that time Robb Stark played my Prince Charming.

Rachel: That’s because you haven’t DONE anything else. I was nominated for a goddamn Oscar this year and nobody seems to give a fuck. 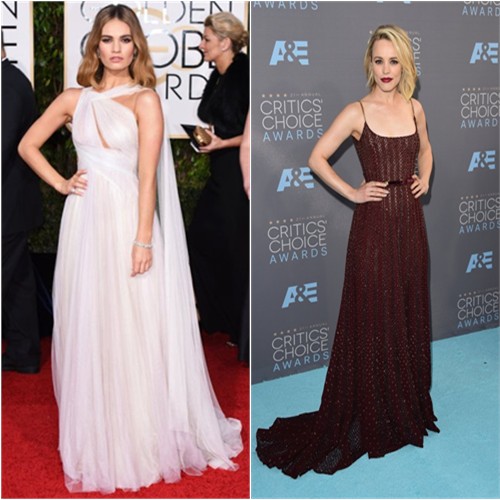 Lily: That’s not true! I’m also in Pride and Prejudice and Zombies.

Rachel: Yeah, that’s definitely the same as having a major role in the best picture of the year.

Janelle: Now THIS is a fashion face-off for the ages.

Gaga: Too true, Janelle. It’s so rare that I’m matched up against someone who can keep up with me. 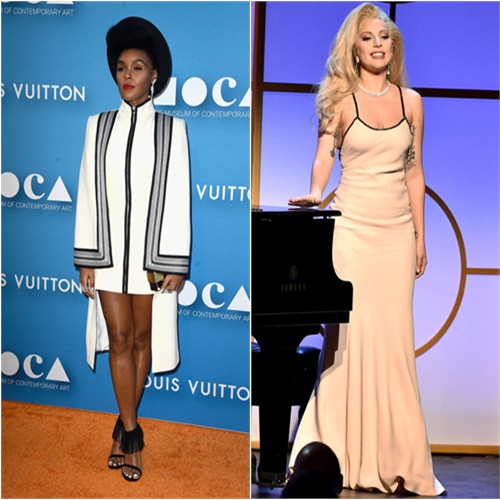 Janelle: What am I supposed to be keeping up with? That ill-fitting plain column gown?

Gaga: How dare you!

Janelle: I’m sorry, I thought I was going to be up against the meat-dress-wearing, hatching-out-of-an-egg Gaga.

Gaga: Well, this is gunning-to-be-taken-seriously-as-an-actress Gaga, and you’re just going to have to deal with that.

Janelle: See, whatever the hell you’re wearing now? That I can get behind. That is worthy of going up against all my caped realness in a fashion death match.

Gaga: You know all your capes look the same, right? 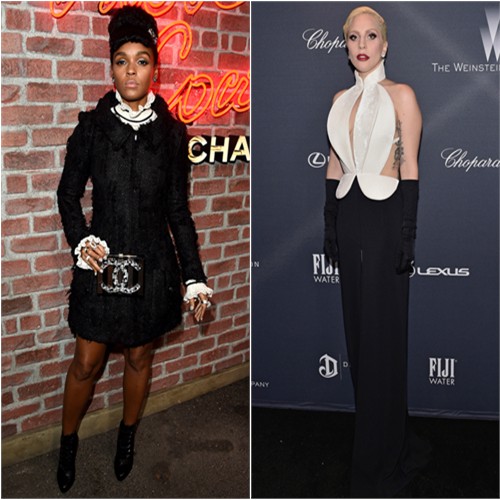 Janelle: Knock it off, Gaga. You might look like Brienne of Tarth right now, but I can still kick your ass.

Gaga: Bring it on.

Krysten: So, when does the fighting start?

Kate: What do you mean? It’s already started. 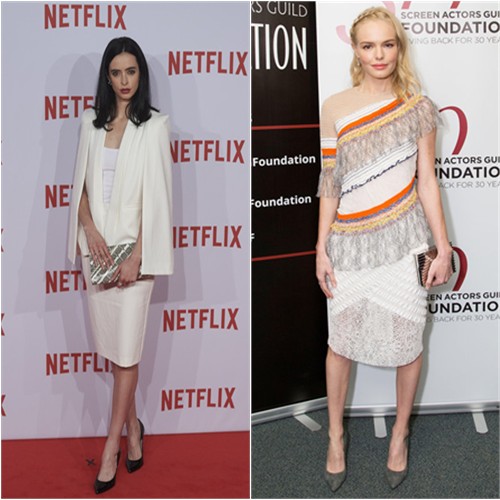 Krysten: No, I mean the physically beating the hell out of each other part.

Kate: Oh. I’m pretty sure that was just an allegory.

Krysten: No, I was definitely promised that I would get to pummel a fellow actress into the ground. 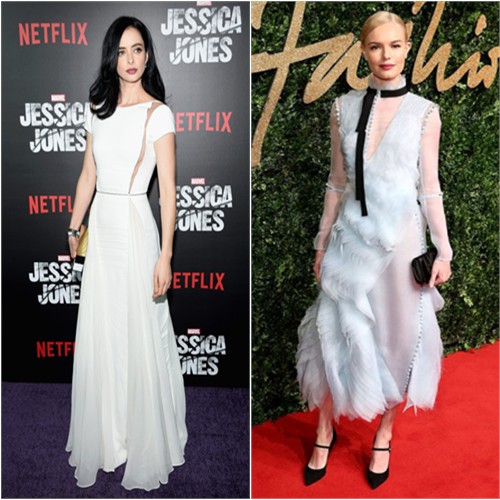 Krysten: Fuck metaphorically. I haven’t been doing METAPHORICAL CrossFit in preparation for this, that’s for damn sure.

Kate: Do you really want to get blood stains all over that white dress?