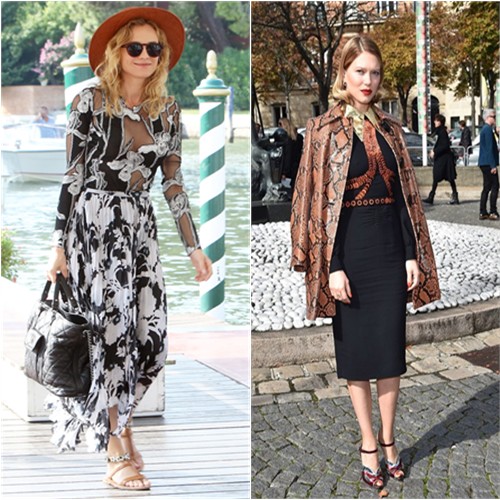 Léa: Bitch, I LIVE there. I was BORN there. My grandfather was the MAYOR there.

Léa: I will NOT calm down.

Diane: What exactly did I do to make you hate me so much?

Léa: Oh, you know what you did. 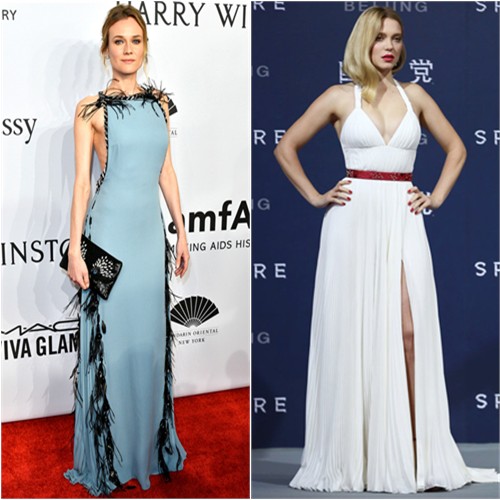 Diane in Prada; Léa in Prada

Diane: Obviously I don’t, or I wouldn’t have fucking asked.

Léa: YOU STOLE MY MAN, DIANE. HE WAS SUPPOSED TO BE MINE. 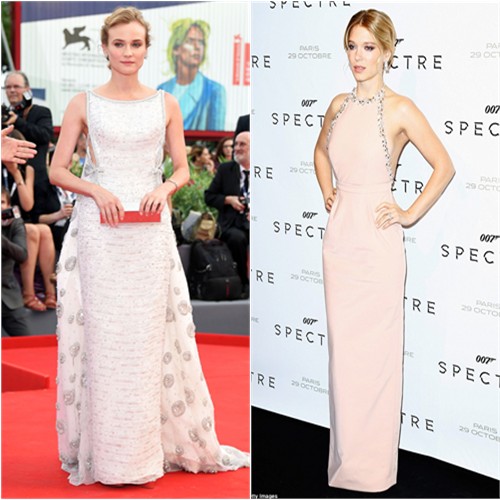 Diane: What? No, I definitely didn’t steal Josh from you.

Léa: Who the fuck is Josh? And I WANT PACEY BACK, DIANE. YOU CANNOT HAVE HIM. HE IS MINE. 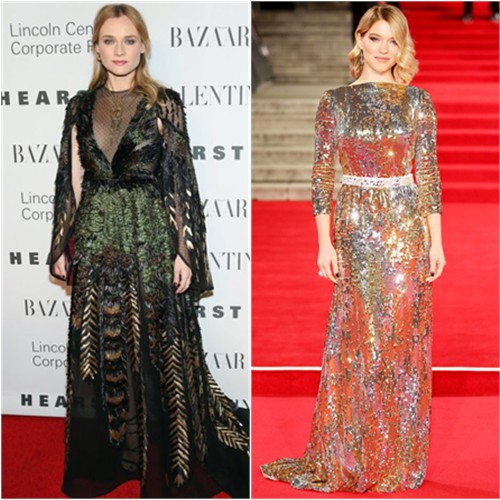 Diane in Valentino; Léa in Prada

Léa: HE BOUGHT ME A WALL.

Emily: It’s a pleasure to meet you, Fan.

Fan: Can I fuck your husband? 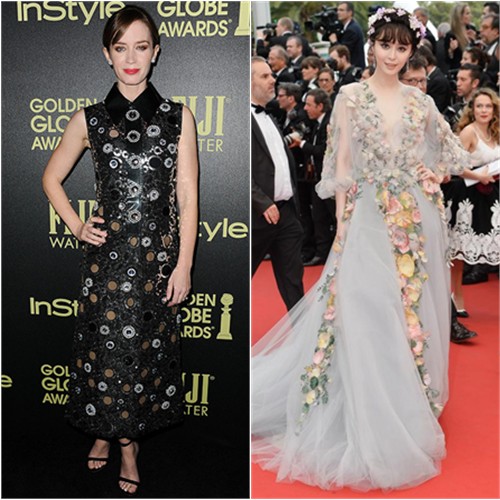 Fan: I’m sorry. May I please have sex with your husband? 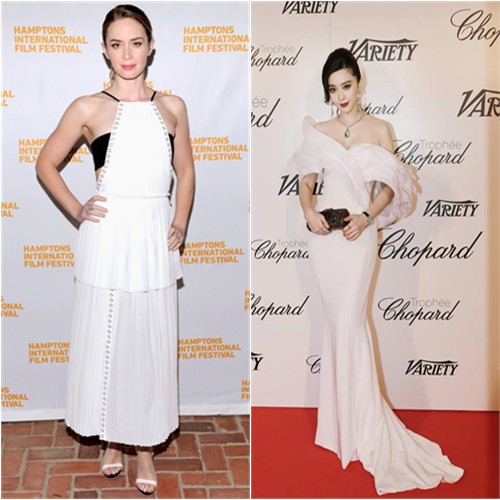 Emily: It wasn’t really the lack of a “please” that made that question weird, Fan.

Fan: I just feel like everyone is always tip-toeing around that. I thought I’d be honest, for a change. 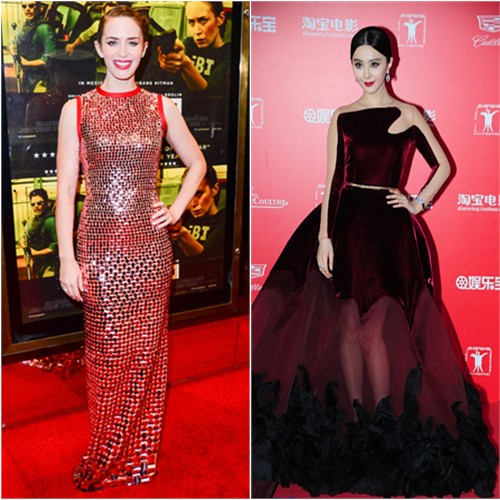 Emily: Well, that’s very noble of you, I guess. 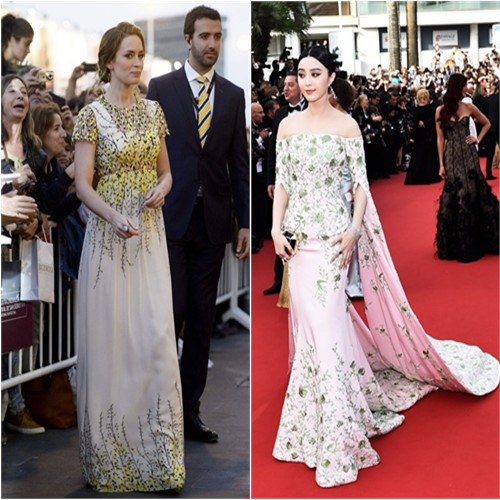 Emily: No, actually, I was being sarcastic. You’re kind of an asshole.

Emily: No, you totally are.

Emily: Fan, YOU CANNOT JUST ASK WOMEN IF YOU CAN FUCK THEIR HUSBANDS.

Fan: Even if their husbands are John Krasinski? No fair.

Zendaya: I’m starting to get the feeling that you don’t actually know my name.

Elizabeth: No! I totally know your name! How’s it going… um… Karen?

Zendaya: Not even close.

Elizabeth: This really isn’t my fault, you know. I’m a grown-ass woman with a busy schedule. You can’t expect me to know the name of everyone in Taylor Swift’s girl gang.

Zendaya: It’s a SQUAD, not a gang. Shit, how old ARE you?

Zendaya: HA! I knew you knew my name.

Kiernan: Alright, Jen. How is it possible that we haven’t played sisters yet?

Jennifer: OH MY GOD. Can we please???

Kiernan in Coach; Jennifer in A.L.C.

Jennifer: Or maybe we fight crime? 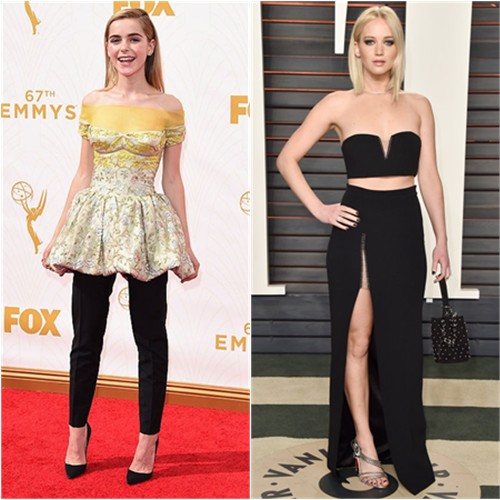 Kiernan: Maybe it’s a stoner road trip comedy where we get high with our cool grandma, played by Helen Mirren?

Jennifer: Well, OBVIOUSLY it’s that. What else could it be? 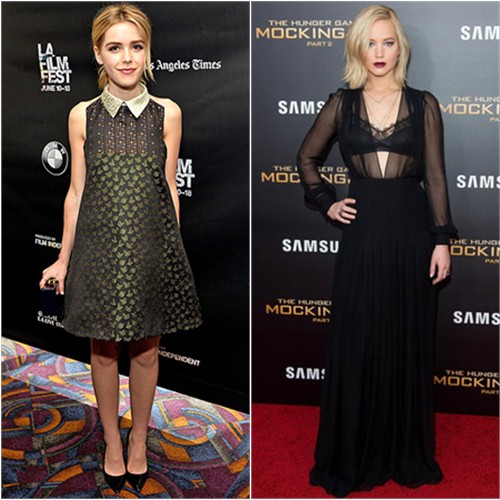 Kiernan in Valentino; Jennifer in Schiaparelli 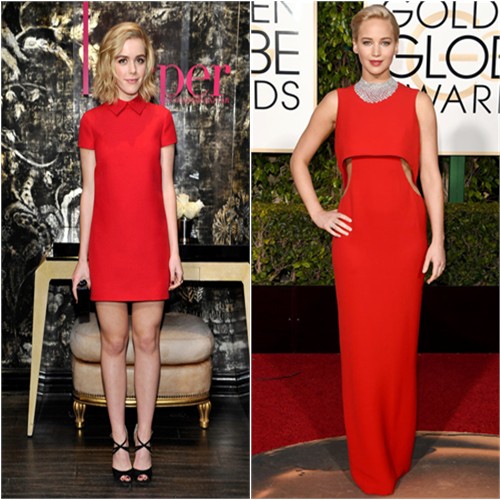 Kiernan in Valentino; Jennifer in Dior

Kiernan: Maybe we’re zombie killers who save humanity from the apocalypse!

Jennifer: Maybe we’re Robin Hood-type hackers who steal from big banks and give to the needy!

Kiernan in Erdem; Jennifer in Dior

Kiernan: Maybe we’re forced to compete in a televised death match in a dystopian society run by an all-powerful Capitol that oppresses its Districts!