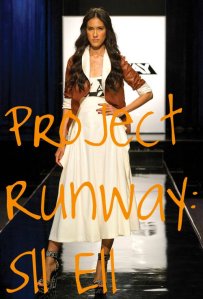 The Challenge: DON’T BORE NINA. The designers were told they were finally allowed to work on their own instead of in teams, except then the producers brought back eliminated designers as “helpers” and thus the audience was treated to another torturous week of watching Patricia and Richard both be unpleasantly psychotic to each other. Each designer had to create an editorial look for Jordana Brewster to wear on the cover of Marie Claire. In true Nina fashion, she went through a list of demands for the look, which all basically pointed to the same direction: interesting and editorial, not simple and wearable.

Guest Judge: Jordana Brewster, who we all had to pretend is much more famous than she actually is.

Congratulations to Stanley, who somehow found a way to make culottes cool. The leather jacket is gorgeous, the look felt modern, and it had an ease to it that I really enjoyed. It didn’t blow my mind, but it was head and shoulders above the rest of the derivative garbage on that runway.

Sadly, this is what settled for a top-two calibre look on this disappointing runway. The top is a little too craftsy, and the skirt is a bunch of nothing. Overall, it looks more like student work than anything else to me. 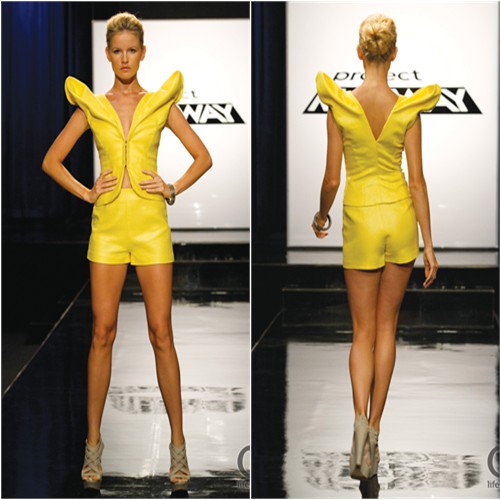 This was laughably terrible, and the fact that this got any praise at all was an insult to the audience’s intelligence. From color to silhouette to texture to styling, nothing about this belongs on the cover of a fashion magazine, at least not after like 1987. 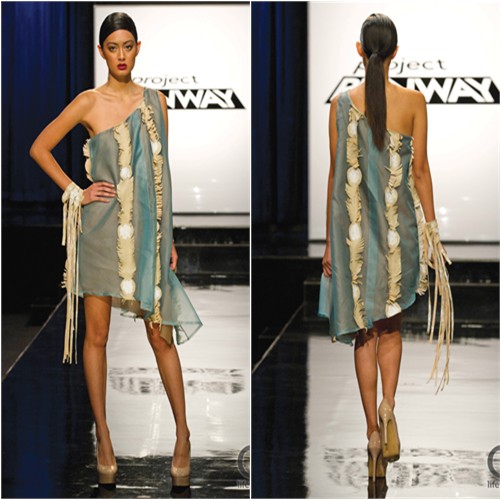 It is an affront to fashion that Patricia has made it this far in the competition. I feel like I’ve been waiting for what I thought was her inevitable aufing for years. To me, this was much more of a throwaway look than Michelle’s. I don’t know how many more ways to express my exasperation.

Michelle went completely against Nina’s directions and made a tee shirt and pants. Her pieces were actually nice-looking, but they were not remotely editorial and didn’t feel the least bit original. That being said, whatever the hell the judges are doing with this “you’re at the bottom but you’re eliminated but you’re not but we’re giving you one more chance even though NONE OF THIS MAKES SENSE” stuff needs to end. Lifetime is high on its own drama – since when do we end episodes of reality TV competitions with “To be continued” like it’s a freaking soap opera? It would be laughable, how terrible this show has become, if I weren’t just a little too tired to laugh. Michelle didn’t deserve to go home, but if the judges could just have the balls to actually eliminate SOMEONE, that would be great.