Your workweek deserves a healthy dose of competition.

Natalie in Rodarte; Emilia in Dior

Natalie in Dior; Emilia in Dior

Natalie: So, who do you think –

Natalie: What? I didn’t even ask my question!

Emilia: Doesn’t matter. The answer is ME.

Natalie in Dior; Emilia in Valentino

Natalie: I was GOING to say, who –

Emilia: do I think would win in a queen vs. queen fight? Me. 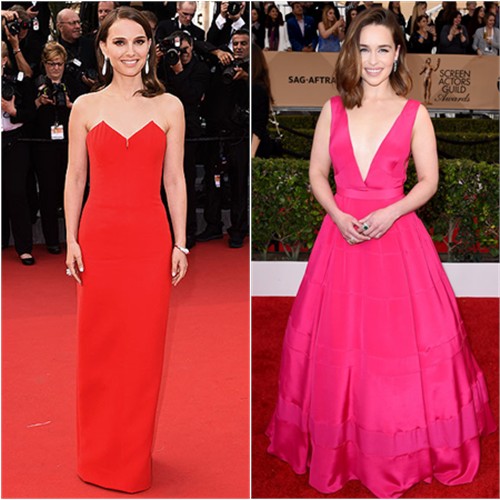 Natalie in Dior; Emilia in Dior

Natalie: Okay, but who –

Emilia: do I think would win in a similarly high-stakes but slightly less fatal fashion face-off? Me. Time to turn in your crown, sweetheart. 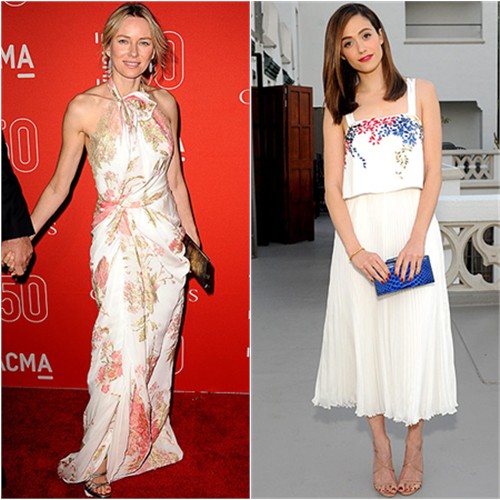 Naomi: Hi, Emmy, sorry I’m late. I just saw Queen Amidala punch Daenerys Targaryen in the face, so I got a little distracted.

Emmy: Well, sure. Who wouldn’t?

Naomi: It’s despicable, isn’t it? Those ladies taking this little game so seriously.

Naomi: It’s such a shame everyone can’t be as honorable as we are.

Emmy: Too true, Naomi. Too true.

Naomi: I mean, fighting? With their fists? I never.

Naomi: Everyone knows that a true woman only fights her fashion battles with lance and sword. Not her HANDS. 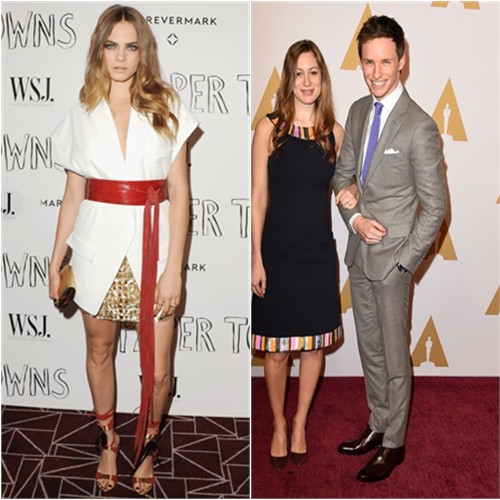 Cara: So, have you ditched that wife of yours for me yet?

Cara in Burberry; Eddie in Gucci

Cara: Sexuality is a spectrum, Eddie. Read a book. Or see one of your movies.

Eddie: Well – I – are you aware that you’re rather intimidating?

Cara: It’s just the eyebrows. You’ll get used to it. Can I borrow that polka-dotted tuxedo jacket?

Lupita in Boss; Charlize in Dior

Lupita: Well, let’s get this over with. I’ve got places to be, and people to stun with my captivating beauty.

Charlize: Careful, Lupita. Rush through this, and you’ll find yourself at the business end of one of my stilletos.

Lupita: Oh, that’s very funny. What are you even doing now, other than Dior ads?

Lupita in Dior; Charlize in Dior

Lupita: Oh, shit! That was you? I straight up did not recognize you in a ball gown.

Charlize: And what about you, Lupita? What has kept you so busy that you’re willing to rush through our little fashion battle? 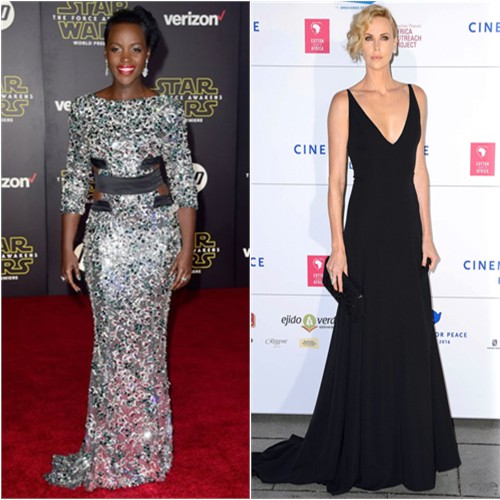 Lupita: Um. Are you serious? I’m literally standing in front of the words STAR WARS: THE FORCE AWAKENS.

Charlize: I saw that movie, and I definitely did not see you anywhere in it.

Lupita in Gucci; Charlize in Dior

Lupita: I WAS SO IN IT. God, my parents said the same thing. You can be in a movie even if your actual face isn’t in it! People do it in animated movies all the time!

Charlize: Alright, alright. Calm down. You were in it. And I narrated March of the Penguins.