Only one can be crowned the Fabbest of them All. 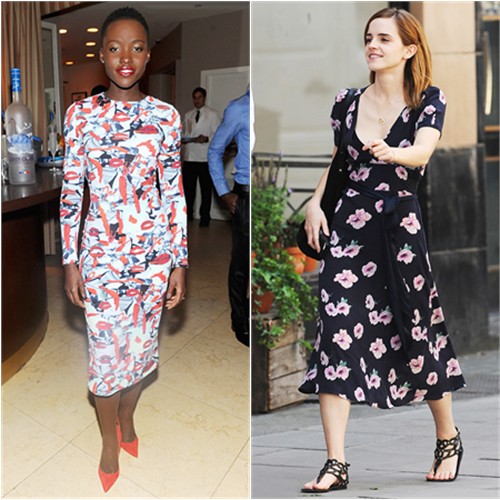 LUPITA: Well, here we are. Just one battle left before one of us is crowned.

EMMA: “One of us?” You really think it will be you? 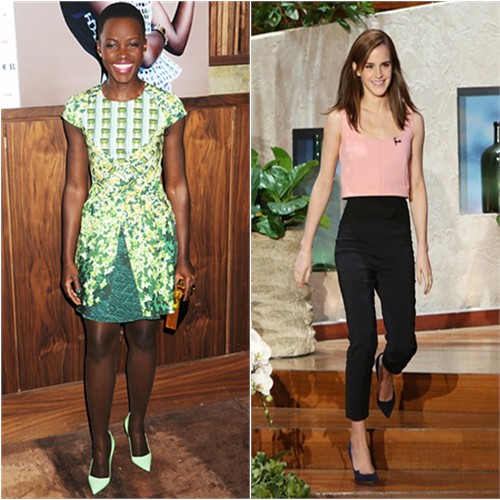 EMMA: And why is that, my lady? 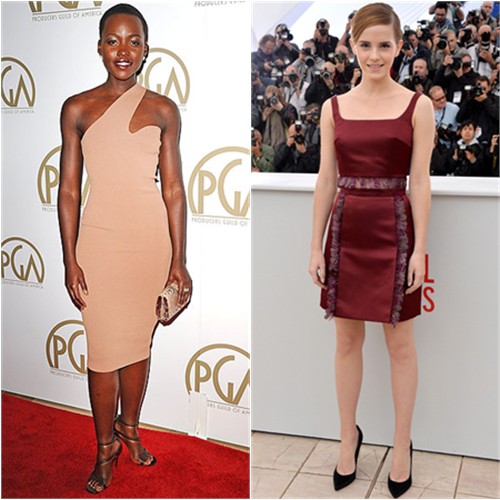 LUPITA: Because I am Queen Lupita of House Beyoncé, Protector of the Realm and the rightful heir to the Iron Throne!

EMMA: Is that so? 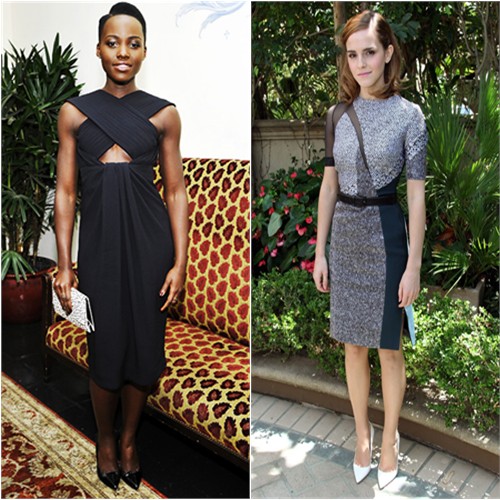 LUPITA: Yes! And you should be bowing down to me by now!

EMMA: Well, I hate to disappoint you, but that’s simply not going to happen.

LUPITA: And why ever not?

EMMA: Because I am the rightful queen. I am the Fabbest of Them All. I am the two-time, soon-to-be-three-time March Fabness champion, and you will bow down to me! 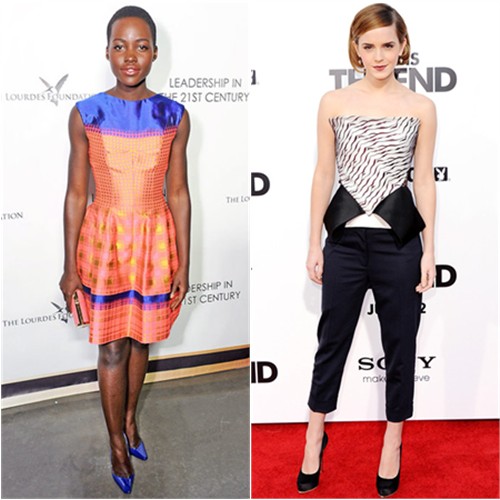 LUPITA: No. Absolutely not. I do not bow down to anyone wearing a peplum.

EMMA: First of all, peplums were still very hot when I wore this outfit. And second of all, you will bow to me. You have no claim to this throne, and you know it.

LUPITA: Have you seen me this year? In my first year on the red carpet, I’ve worn more majestic, stunning looks than most starlets wear in a lifetime.

EMMA: Most starlets, yes. But not me. Not Queen Emma. 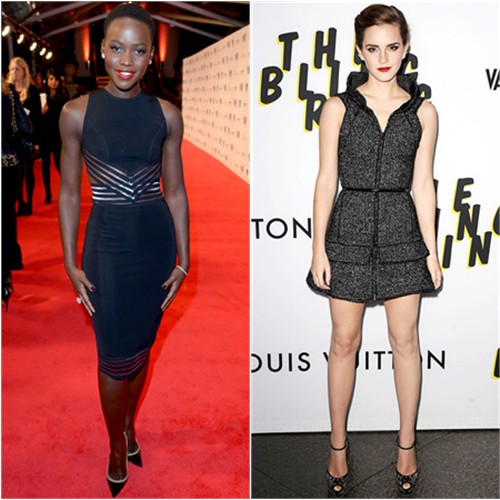 LUPITA: I beg to differ, my lady. Your monochromatic London-chic style may have gotten you this far, but it simply cannot compare to my ability to wear literally every color of the rainbow.

EMMA: Hm? What was that? I’m sorry, I can’t hear people who have been on the red carpet for less than a year.

EMMA: I’m not feigning anything. I’ve been on the red carpet since I was eleven years old. You simply cannot compete with my level of experience. 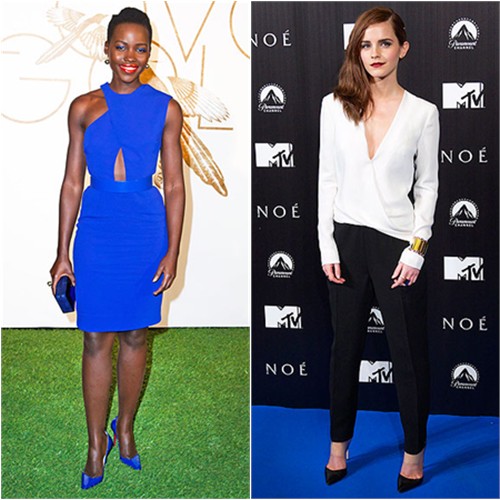 EMMA: You’re more than welcome to try to defeat me next year, when you’ve got a few more looks under your belt. But a red carpet newbie simply cannot beat me. It just can’t be done.

LUPITA: It hasn’t been done. But it can be. And it will be. I swear it, by the old gods and the new, if I have to slit your throat to do it, so be it!

EMMA: Don’t you dare threaten me. I will flay you inch by inch, House Bolton-style. 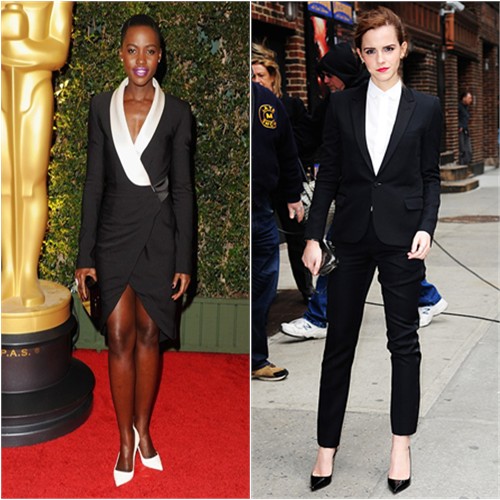 LUPITA: Oh, yeah? I will murder your whole family while I sing “The Rains of Castamere.”

EMMA: I will throw you in a pit with a giant bear and nothing but a wooden sword to protect yourself!

LUPITA: I will pretend to kill your loved ones but actually just murder two innocent random children and hope nobody notices the difference!

EMMA: I will birth a terrifying shadow-baby and have it stab you! 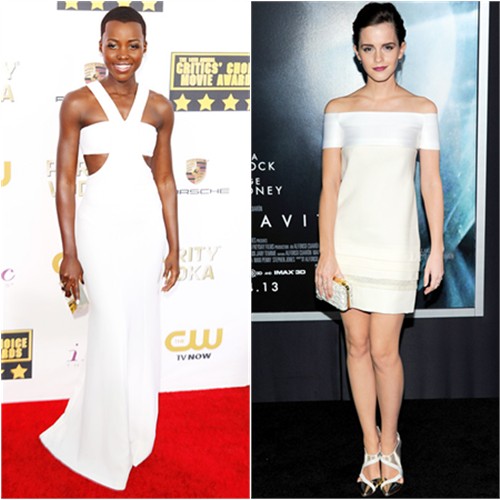 LUPITA: I will breastfeed three baby dragons and then order them to burn you alive!

EMMA: Dammit! I wanted to do the dragon thing! Okay, I will cut off your manhood and feed it to the goats! 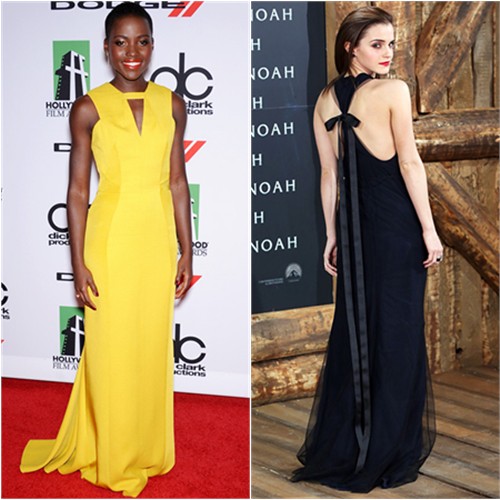 LUPITA: I don’t have any manhood! Or any goats, for that matter. But I will turn into a direwolf and chomp your ass to bits!

EMMA: Well, I’ll turn into an eagle and claw your fucking eyes out!

LUPITA: I will decapitate you for treason, put your head on a spike, and gleefully show it off to your loved ones!

EMMA: I will sacrifice you to R’hllor, the Lord of Light, and sing to the heavens as I burn you alive! 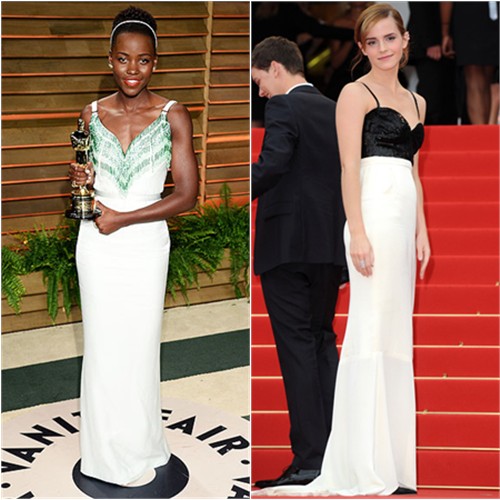 LUPITA: We already did a burnt-alive thing and a singing-while-murdering thing!

EMMA: Fine! Then I will convince you to climb a 700-foot-high wall made of ice with me, and then cut you loose so you fall to your death!

LUPITA: I will push you out of a window, and then when that fails to kill you, I’ll set a random building on fire to distract you and then send a hired assassin to kill you with a very fancy knife!

EMMA: I’ll lock you in an empty vault that you pretended was full of treasures, and let you starve and suffocate to death in there! 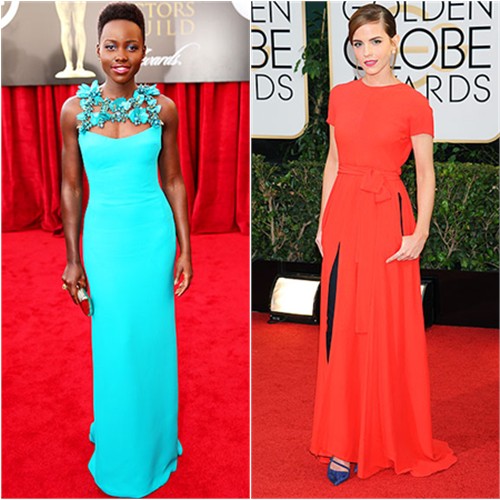 EMMA: I’LL STICK YOU WITH THE POINTY END! 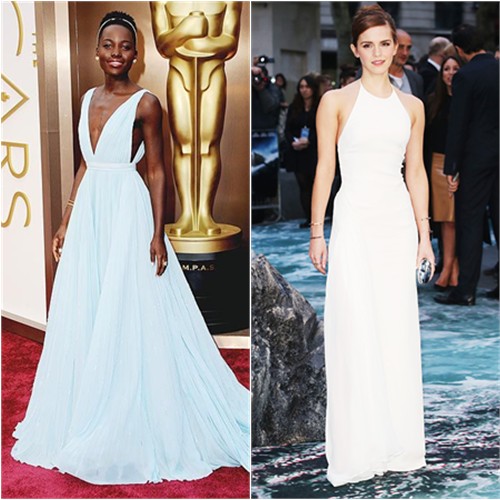 LUPITA: Whew. There sure are a lot of ways to die in Westeros. (And across the Narrow Sea, for that matter.)

EMMA: I think we’ve exhausted them all. Let’s call it a day.