LUPITA: Good afternoon, Ms. Kerr. It appears we’re going to have to fight – TO THE DEATH.

MIRANDA: I mean, or we could just talk, and then let people vote. There’s no need to get dramatic. 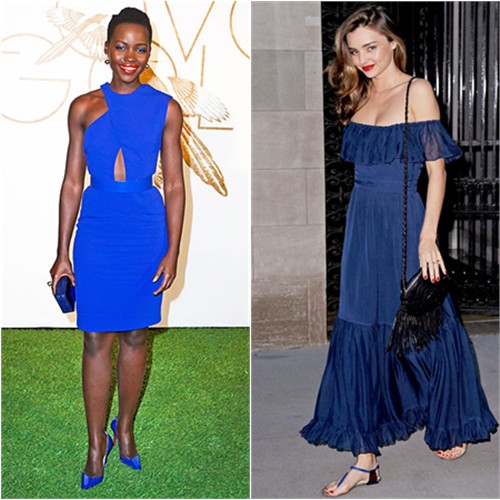 LUPITA: I’m just joking, darling. Look how meticulously well-matched my outfit is. I’m not getting into a fight in these shoes. It’s bad enough I have to stand on fake grass in them.

MIRANDA: Yeah, my gorgeous Chanel sandals were definitely not made for anything but strutting down the sidewalk like it’s my own personal runway.

LUPITA: I must say, Miranda, though your street style is impeccable, your red carpet game is a little off.

LUPITA: I’m just saying, it’s not quite a fair fight, is it?

MIRANDA: It might be if I grab that Oscar and clonk you over the head with it. 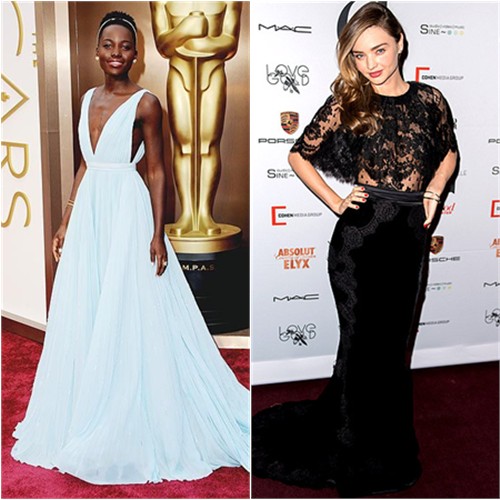 LUPITA: Oh, I get it, how hilarious.

MIRANDA: I’m not joking. I will strangle you with your own headband. 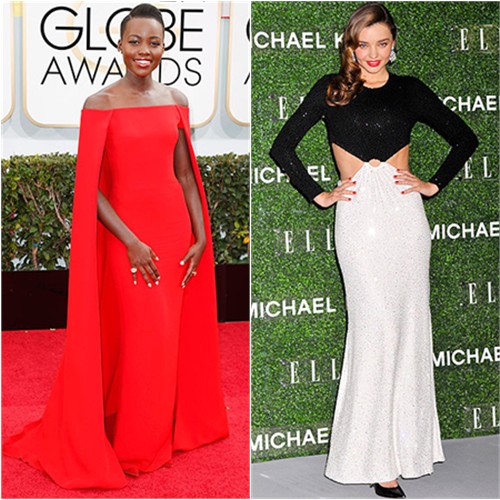 LUPITA: Well, this has gotten entirely out of hand.

MIRANDA: Are you scared I’m going to defeat you?

LUPITA: Bitch, please. Not even close.

MIRANDA: Beware, Lupita – I brought this spiked purse for a reason. 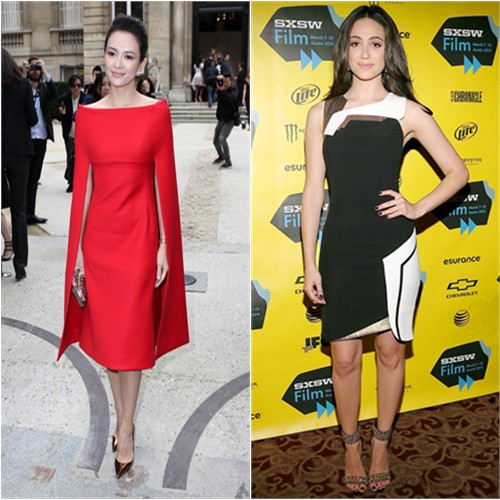 ZHANG: My goodness, it’s getting positively apocalyptic in here. I swear I just saw Lupita Nyong’o stabbing Miranda Kerr with her own spiked clutch.

EMMY: Ooh, the Louboutin one with the spikes on the sides? I love that bag.

ZHANG: Well – that wasn’t quite the point – but, okay, sure.

EMMY: Anyway, what’s with you jacking my floral gown style? Get your own look.

ZHANG: Whatever. Like I’d copy your tacky-ass giant flowers.

EMMY: Um, I look darling in these tacky-ass giant flowers, so suck it.

ZHANG: If you think your kicky little pants are enough to defeat my Chanel gown, you’re even stupider than you look.

EMMY: I look stupid? You have fabric pouring out of your butt.

ZHANG: Now, play nice, Emmy. We’re almost done with this ridiculous sham of a battle, and then I can go home and take a nap.

EMMY: Sham of a battle? You mean, because I’m going to demolish you?

ZHANG: I think you are one of those – oh, what are the kids call them these days? oh, yes – basic bitches.

EMMY: HOW DARE YOU.

ZHANG: I’m the one in the crown. Bow down, Emmy.

EMMY: Never. I can’t even LOOK at you.