This bracket is already breaking my heart, you guys.

Camilla in Gucci; Cate in Schiaparelli

Camilla: Like I would even copy someone who’s pushing fifty.

Cate: Like I would even copy someone who I’ve never fucking heard of.

Camilla in Gucci; Cate in McQueen

Cate: No. You’re wearing the cheap mod knock-off of my dress right now.

Camilla: Well, at least we can agree on one thing.

Cate: That you’re tacky, and I’m infinitely more famous than you will ever be? 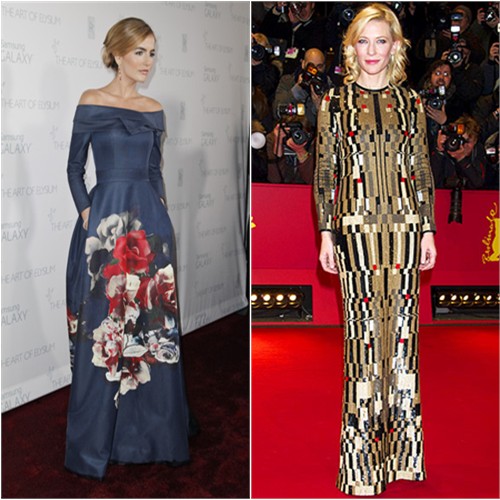 Camilla: No, actually, I was going to say something polite and respectful.

Cate: You really don’t understand trash talk, do you?

Lupita in Fitriani; Elizabeth in Chloé

Lupita: Now THIS is a fucking fashion battle.

Elizabeth: I almost feel bad for the voters, don’t you?

Lupita: I really do. I can’t even believe you can fit this much fabness into a single match-up.

Elizabeth: We defy physics, so infinite is our fabness.

Lupita: And also, come on. Who on earth is more likable than we are?

Elizabeth: Nobody! Except maybe Jennifer Lawrence and Emma Watson. 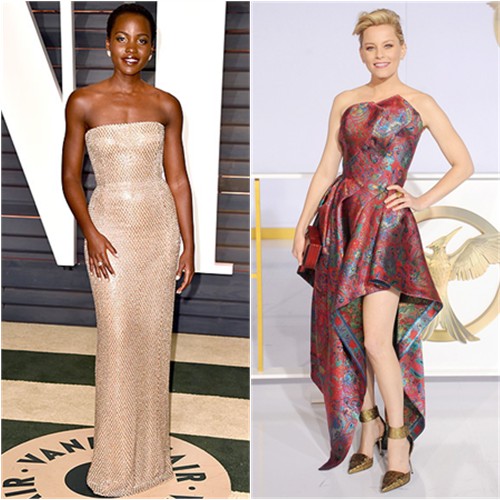 Lupita: Fair. But 30-something and 40-something women need imaginary celebrity best friends too. 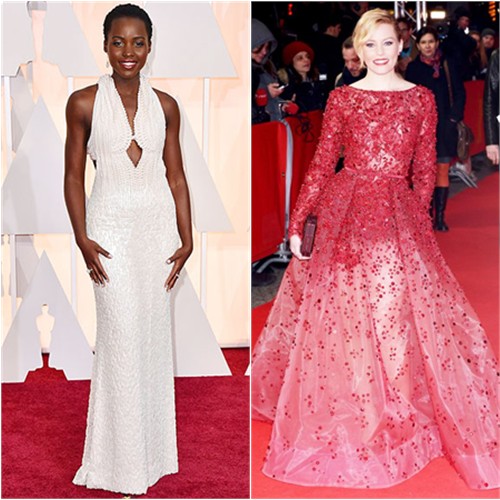 Lupita: I mean, look at us. Look at these textures.

Elizabeth: Your pearls, my beading – we are unstoppable forces of fabness.

Lupita: Let’s give them our best Elie Saab florals and call it a day.

Elizabeth: Amen. And let’s also get some brunch.

Keira: Congrats on the new baby, Zoe! You certainly set the red carpet on fire this year with your maternity style.

Zoe: And same to you, Keira. We really should have done a world tour together or something.

Keira: We both did excel in the art of masking our ever-so-slightly expanded tummies with florals. 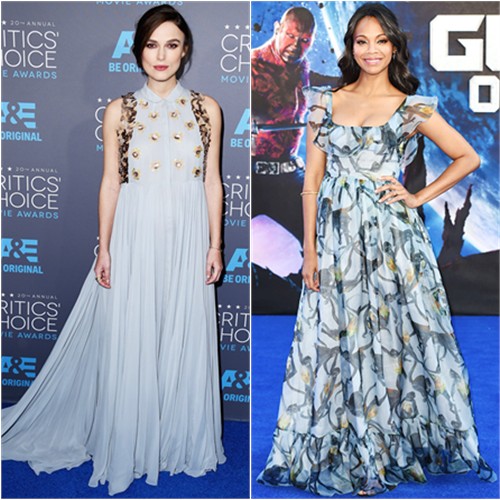 Keira in Delpozo; Zoe in Valentino

Keira: And we both opted to give our respective fetuses some extra breathing room in blue gowns.

Zoe: We look like fertility goddesses of the sea, Keira. I could not be more proud.

Keira: I love that we both know the importance of wearing purple during pregnancy.

Zoe: Duh! It’s the color of royalty, and you KNOW the babies we’re popping out are going to be royal as fuck.

Keira: You clearly know A) when to bring the drama and B) how to make a dress out of curtains like Mary Poppins.

Zoe: It’s skills like those that make me such a good mother, and generally fabulous person. 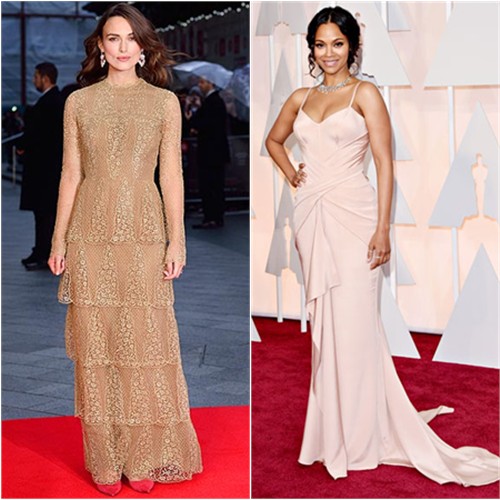 Keira: Amen. Let’s schedule a playdate for sometime after I give birth/announce to the public that I have already secretly given birth?

Emma: Eddie, darling! It’s so good to see you again.

Eddie: Oh, same to you, Emma. It’s been, what, four years since our My Week With Marilyn press tour?

Emma: Time flies, and you and I get more stylish with every passing day.

Eddie: And, let’s be honest, we were pretty damn stylish to begin with.

Emma: Well, you can’t blame other people for not being able to keep up with us, sartorially speaking.

Eddie: Exactly. We’re English, and we’re beautiful. How can mere mortals even compare? 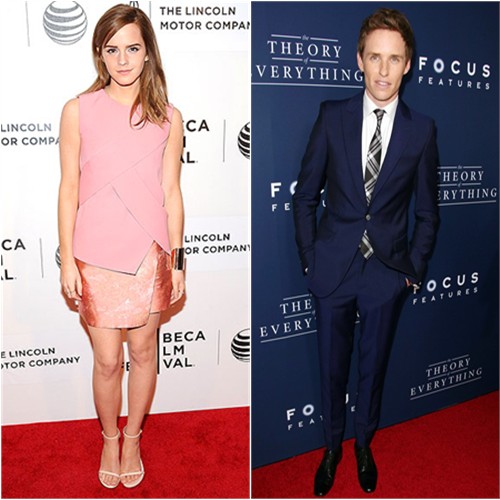 Emma: They can’t. We’re basically the Will and Kate of the acting community.

Eddie: Oh, god, no. We’re MUCH more stylish than those two fuddy-duddies.

Eddie: Why thank you, the ever-so-elegant Ms. Watson. 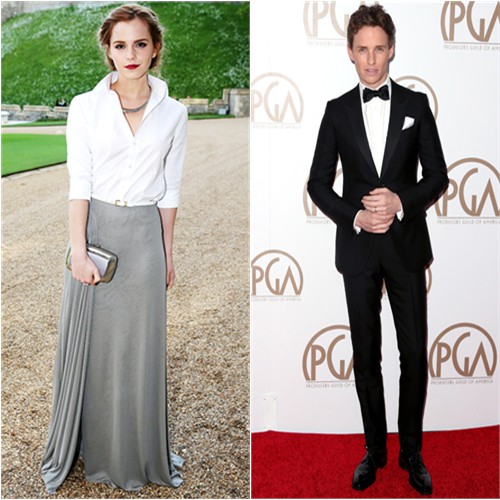 Emma: Now, don’t think all these niceties mean I’m not about to beat your ass into the ground, metaphorically speaking.

Eddie: I wouldn’t be so sure. If anyone can unseat Emma Watson, it’s the male version of Emma Watson.