Gabrielle: Is who gone?

Gabrielle: No, I definitely don’t. 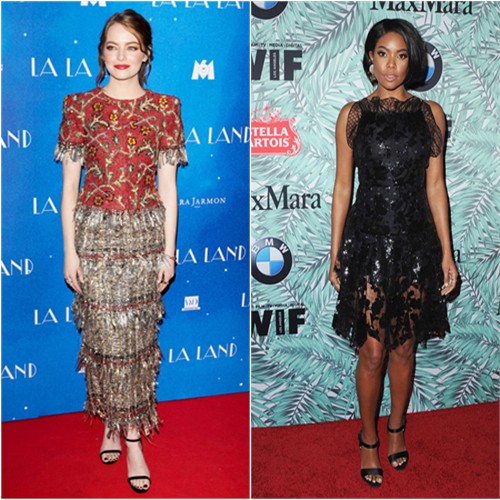 Emma in Chanel; Gabrielle in Rodarte

Emma in Chanel; Gabrielle in Thakoon

Emma: Keep your voice down, woman!

Gabrielle: Sorry! So, why are we hiding from Ryan Gosling?

Gabrielle: Out with it, Stone.

Emma: He is quite possibly the clingiest human being on the planet.

Gabrielle: Oh, yeah, it must be just AWFUL having him around all the time. How TERRIBLE for you. 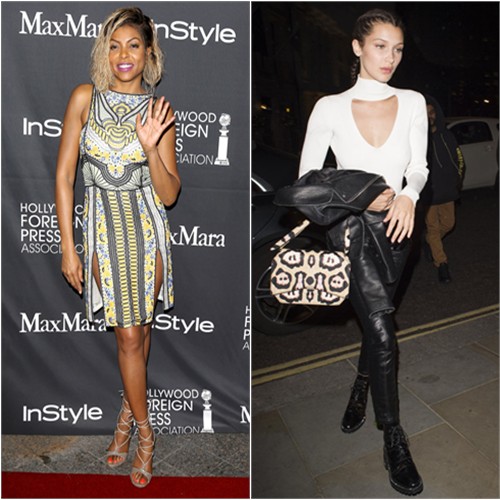 Taraji: Why so blue, honey?

Taraji: Well, if that’s your happy face, I’ve got some killer antidepressants I can recommend.

Bella: I’ve got a clutch full of Xanax, Taraji. I don’t need more. 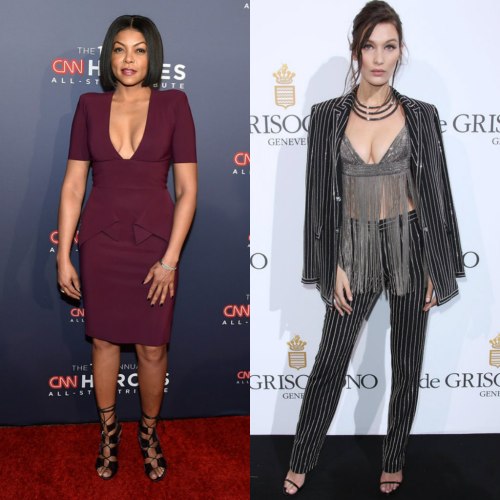 Bella: I don’t know what you’re talking about. 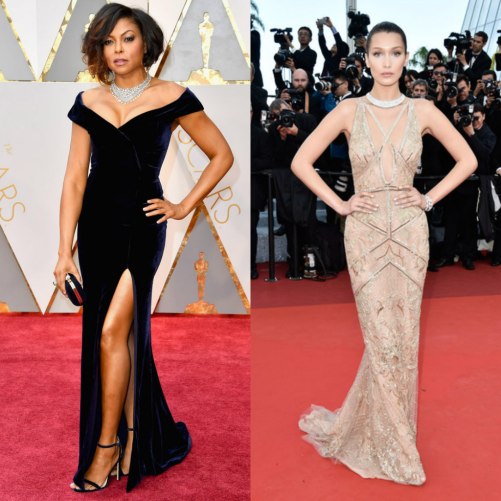 Taraji: Fine, you glum bitch. I give up. Mope away.

Bella: Whatever. My diamond necklace would beat yours in a fight. 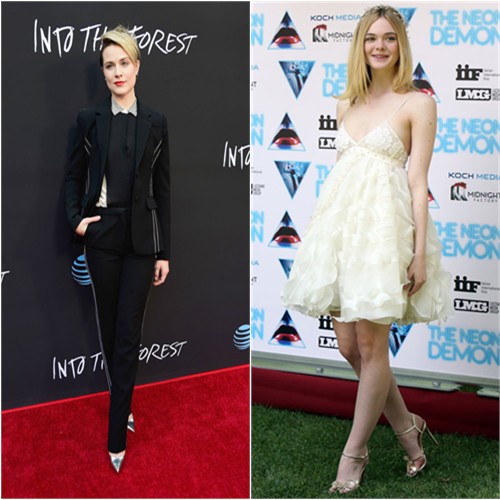 Evan in Wolf and Badger

Elle: Why are you talking to me like that? 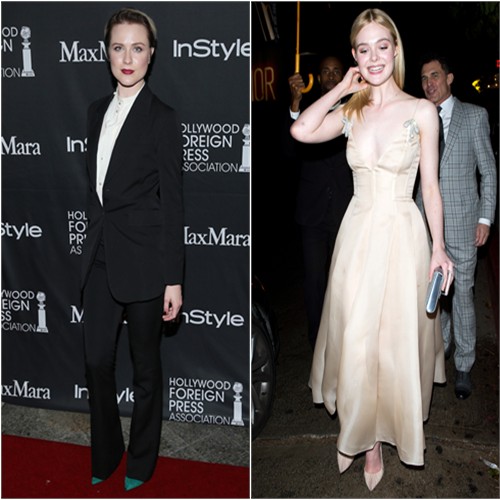 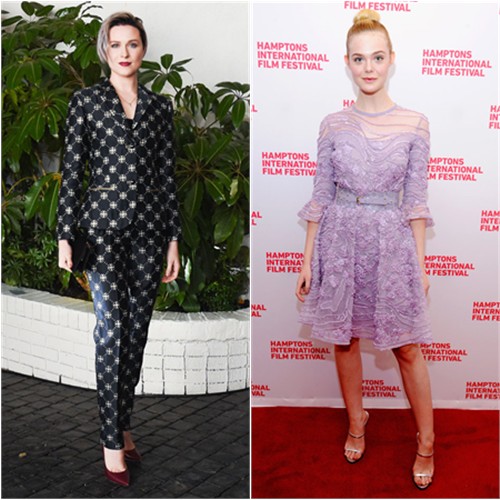 Evan: No, you’re a Disney princess! Look at you! Birds dress you in the morning!

Elle: No, that sounds weird and unsanitary.

Evan: I think your dress might actually have a zebra-unicorn, a pink poodle, and various emojis on it.

Evan: SO, you are virtually indistinguishable from a cartoon character.

Elle: Fine. Will a column gown shut you up? 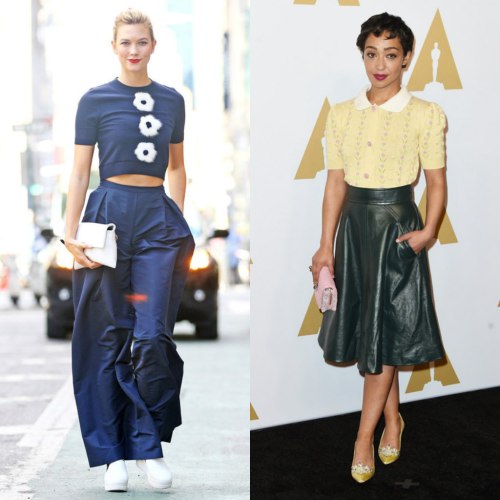 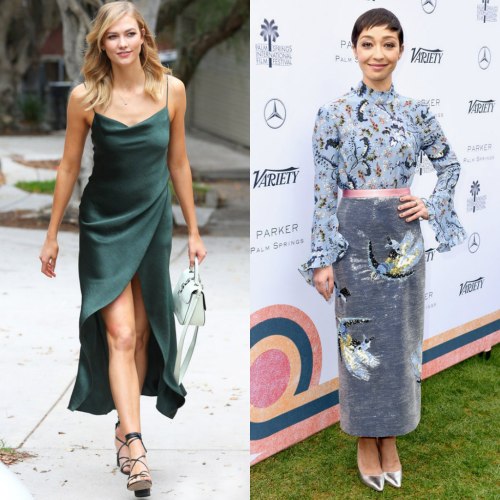 Karlie in Camilla and Marc; Ruth in Erdem

Karlie: What’s that on your dress – birds? How interesting!

Karlie: What? I think your green fingernails make a lot of sense with that outfit!

Ruth: Your sarcasm is really unnecessary.

Ruth: Not the way you just did.

Karlie: Whatever, I still think you look like a cool Game of Thrones character.

Ruth: See? I KNEW you actually hated me.