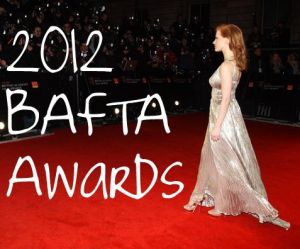 Let’s celebrate the best in British film and TV.

Beautiful. I don’t love the length (a bit short in the front, a bit long in the back) or the shoes (too much texture, and I wouldn’t have picked a platform), and the fit around her waist is kind of funny. But, I mean, she’s freaking stunning. Case in point:

You go and GET that British award for playing a British political icon even though you’re American, Meryl! And might I say, your tits are looking delightfully perky! Also, dress like this for every event ever, please!

So natural and minimalist and beautiful, like a breath of fresh air. It doesn’t fit perfectly, but at least there’s no godforsaken choker, and she looks hot as hell.

The dress is mega-glam, but that hair and makeup are so ridiculously severe.

You might know her as Anna, the second ladies’ maid on Downton Abbey (and if you don’t, you should, because it’s the perfect television show). I love seeing the Downton cast out of their period costumes and being shocked by how totally normal and 21st-century they are. Anyway, Joanne looks AMAZING! Perfect hair, perfect makeup, fabulous gown, great clutch. Of course it’s a little on the boring side, but she’s not a red carpet regular, so this is an awesome start.

No. You don’t get to wear a cheaper version of a thousand gowns you’ve already worn and pair it with something kitschy and call it a day, Michelle. Not if you want to win an Oscar, or my approval (which I know you seek infinitely more).

Gorgeous, but I can’t help but feel that she wears this gown over and over again.

Definitely not her best. The hair is awful, the gown is too tight and too shiny and the color doesn’t work at all. and the accessories don’t work. Get back on track in time for the Oscars, Viola!

Ginny Weasley pulled out some vintage Prada for the occasion, and I’m loving it. I’m also loving the shoes, but peep-toes with stockings? Black stockings, at that? Not on my watch.

You know what? For Helena, this is shockingly conventional, and she looks fucking great. Nix the terrifying hair and makeup and you’ve got a beautiful Black Swan-esque dress, fabulous pumps, and evening gloves fit for the Grammys. Not too shabby for Bellatrix Lestrange.

Lady Cora of Downtown Abbey needs a bit of fashion hand-holding. First off, like your character very well knows, there’s no shame in paying a professional to do your hair and makeup for you. Second, lose the mermaid gown, and find something that’s not a size too big.

That lipstick is a crime against humanity, and I’m already sick of this top-knot hair trend (and I’ve only seen it twice). The gown was a great idea but it is so not working on Shailene, who isn’t quite woman enough to carry it off. And that shade of nude is pretty terrible on her skin. It gives her no bust and no shape – it just kind of hangs off her loosely, but not in a beautiful and ethereal way.

Octavia, you’ve been looking so fabulous lately! Why did you regress to this terrible, terrible office-assistant-at-the-holiday-party outfit?!

There is never a reason for a woman this hot to look THIS TERRIBLE. That’s the worst hair I’ve seen since Rihanna, and the dress is obviously miles too tight on her poor suffocating breasts. It also makes her look shorter and wider than she really is, and that draped skirt is a nightmare. Let’s just never mention this look again, Christina, okay? We can get through this together – let’s just pretend it never happened.