Daisy in Paco Rabanne vs. Jourdan in Michael Kors 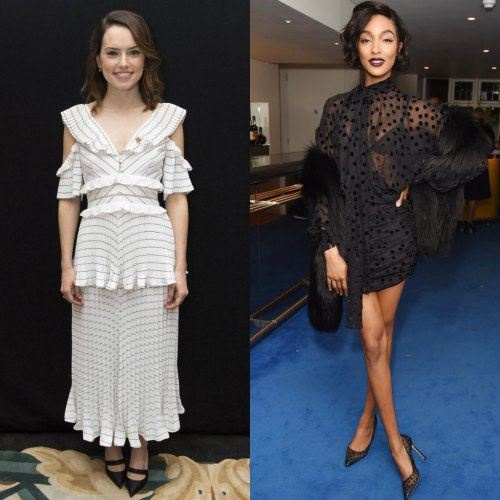 Daisy in Self-Portrait vs. Jourdan

Jourdan: You don’t know my name, do you?

Daisy in Mugler vs. Jourdan in Jonathan Simkhai

Jourdan: You’ve got to be fucking kidding me.

Daisy in Calvin Klein vs. Jourdan in Versace

Daisy: I gave it a shot.

Daisy in Stella McCartney vs. Jourdan in Jean Paul Gaultier

Daisy: At least I tried!

Daisy in Monse vs. Jourdan in Naeem Khan

Daisy: I just binged season one of Stranger Things. 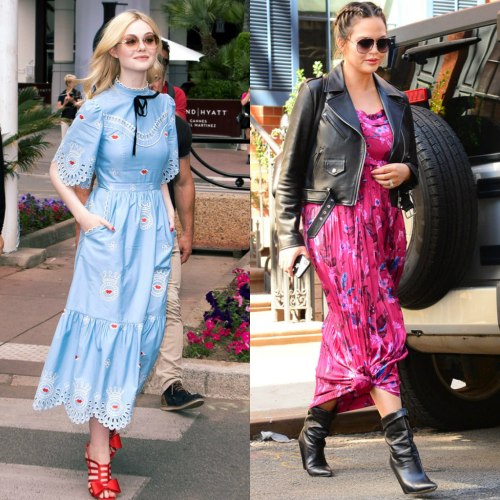 Elle in Temperley London vs. Chrissy in Balenciaga

Elle in Miu Miu vs. Chrissy in Self-Portrait

Elle in Miu Miu vs. Chrissy in Mestiza

Elle: YOUR TWEETS ARE FIRE 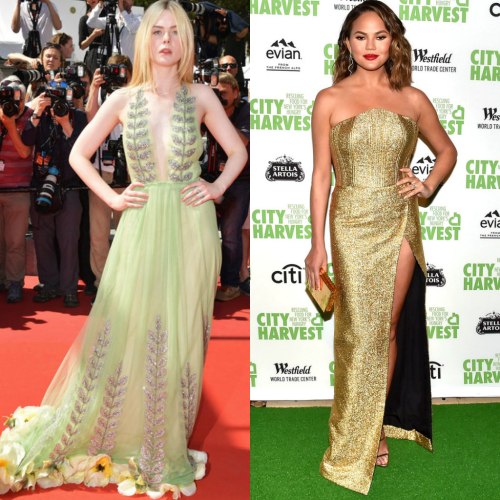 Elle in Gucci vs. Chrissy in Angelys Balek

Elle: LUNA IS THE CUTEST BABY ON THIS EARTH

Elle in Valentino vs. Chrissy in Pamella Roland

Elle in Vivienne Westwood vs. Chrissy in Rhea Costa

Chrissy: Child, what is your deal?

Hailee in L’Agence vs. Millie in Louis Vuitton

Millie: I’m ready for it. 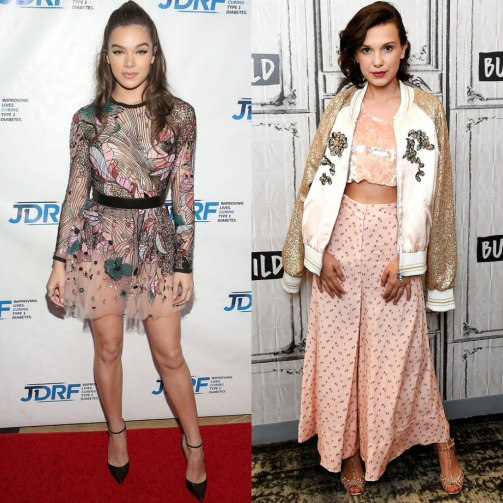 Hailee in Elie Saab vs. Millie in Rodarte

Hailee: You sure? I had an Oscar nomination under my belt when I was fourteen.

Millie: I got an Emmy nomination at thirteen, old lady.

Hailee in Balmain vs. Millie in Gucci

Hailee: Old lady? Are you SERIOUS?

Millie: You’re in your twenties! Are you sure you’re not technically a millennial? 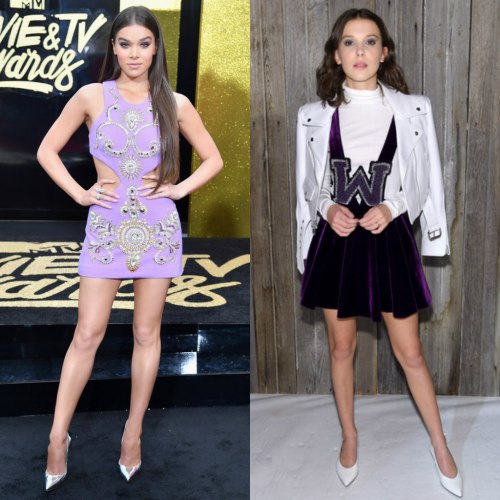 Hailee in Fausto Puglisi vs. Millie in Calvin Klein

Millie: Wow. So you remember the nineties?

Hailee in David Koma vs. Millie in Rodarte 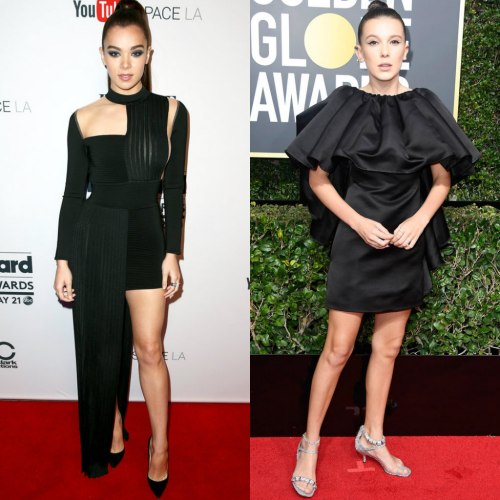 Hailee in Balmain vs. Millie in Calvin Klein

Hailee: You are maybe the worst person in the world.

Millie: Love you too!

Cate in Valentino vs. Fan in McQueen

Cate in Preen vs. Fan in Ralph & Russo

Cate: With all the March Fabnesses I’ve participated in, I’m shocked it took this long.

Fan: FYI, the plural of March Fabness is “Marches Fabni.” 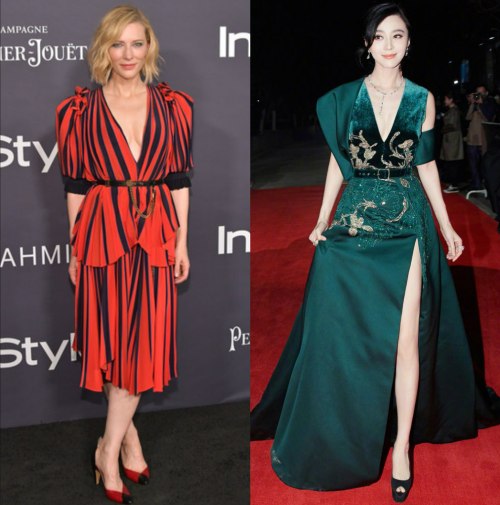 Cate in Givenchy vs. Fan in Elie Saab

Fan: Yes. Anyway, I’m so excited to finally be facing off against you.

Cate in Gucci vs. Fan in Elie Saab

Cate: I would be too, in your shoes.

Fan: What does that mean? 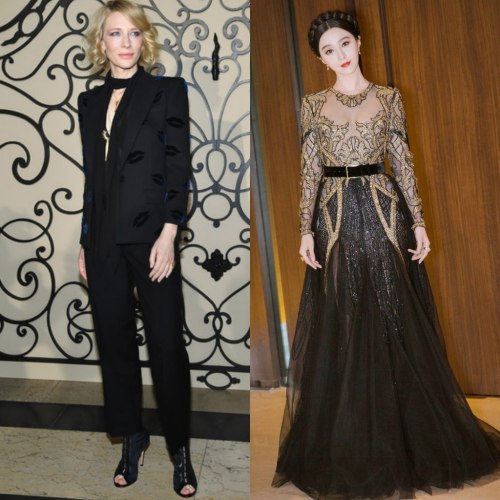 Cate in Givenchy vs. Fan in Elie Saab

Cate: You’ve finally made it far enough in the competition to battle me!

Cate in McQueen vs. Fan in Zuhair Murad

Cate: Yeah. And you LOST to the girl who lost to me.

Fan: Not this time, bitch.