It’s a punk rock tuxedo. It’s genius, the sparkly pants are amazing, the shoes are phenomenal – every detail is impeccable.

I really do love this. She just looks so goddamn cool.

I loved the silhouette and print as soon as I saw this. And then I found out that this dress features all the black Star Wars characters, and it became my favorite thing on this earth.

THANDIE NEWTON at the Solo: A Star Wars Story photocall
gown by Valentino

Laid-back and stunning. I love that it matches the backdrop so perfectly, the flowers seem to blend right from the fabric onto that poster. Genius.

LV is incredibly hit or miss, but this is a hit in my book. Especially with that necklace.

LÉA SEYDOUX at the closing ceremony
gown by Louis Vuitton

Pretty, though a little on the ordinary side.

The Brazilian Victoria’s Secret Angel was positively glowing in this jade dream. Everything from the color to the fit to the texture to the clean, chic styling is on point.

CATE BLANCHETT at the Capharnaum premiere
jumpsuit by Givenchy

Sure, it’s a veritable explosion of tulle and lace, but I’m into it. And the earrings are spectacular.

Aïssa Maïga, Nadège Beausson-Diagne, Rachel Khan, Mata Gabin, Maïmouna Gueye, Eye Haïdara, Sara Martins, Marie-Philomène Nga, Sabine Pakora, Firmine Richard, Sonia Rolland, Magaajyia Silberfeld, Shirley Souagnon, Assa Sylla, Karidja Touré, and France Zobda are the authors of Black is Not My Job, a book of their real stories as actresses. They brought their stories to Cannes and stood together on the red carpet to protest racism in the French film industry. And Olivier Rousteing, the first black head designer of Balmain, dressed them in custom pieces from his fall 2018 collection. 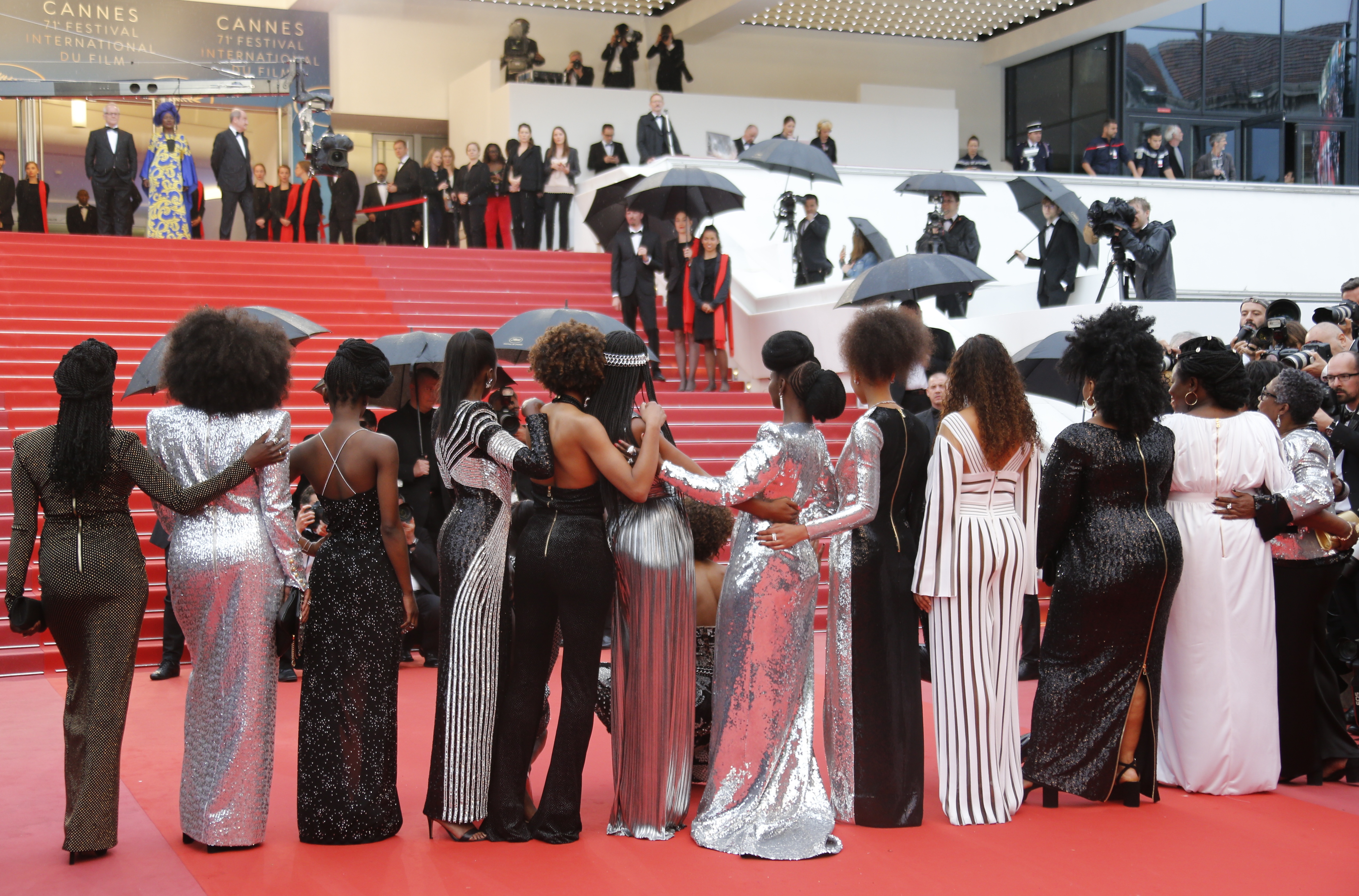 Powerful, beautiful, inspirational, and fashionable as all hell. What could be better?

DONALD GLOVER at the Solo: A Star Wars Story premiere
suit by Gucci

Donald Glover continues to kick ass at all facets of life, including the red carpet. Love this suit on you, darling.

I hate the sleeves on Kristen’s dress, and the fit isn’t much better. But at least Cate and Khadja are pulling their weight.

Just princessy enough to be perfect for Cannes.

Sorry if you thought you’d already seen every model in every iteration of a black sheer embellished gown this week. They will never be over this trend.

MILLA JOVOVICH at the Burning premiere
gown by Prada

I don’t think the almost-choker was the best choice for that V-neck gown, but I don’t hate the overall look.

EMILIA CLARKE at the Solo: A Star Wars Story premiere
gown by Dior, jewelry by Bulgari

Sorry, khaleesi, but you can do better.

Love the top, but I could take or leave the boring skirt.

Sure, it kinda looks like twisted Hefty bags from the front, but she had her Lupita-making-fabric-float moment:

I love how it moves like liquid metal. I just wish the front of the dress lived up to the train.

CINDY BRUNA at the Burning premiere
gown by Ashi Studio

This actually could have been amazing, but two things are ruining it for me: the collar that reaches the tops of her ears, and the fabric flowing straight out of her groin.

IZABEL GOULART at the Burning premiere
gown by Zuhair Murad, jewelry by Chopard

It’s stunning, but I feel like she’s worn this every day this week. And for the last three years.

IZABEL GOULART at the Solo: A Star Wars Story premiere
top and skirt by Julien Macdonald, jewelry by Chopard 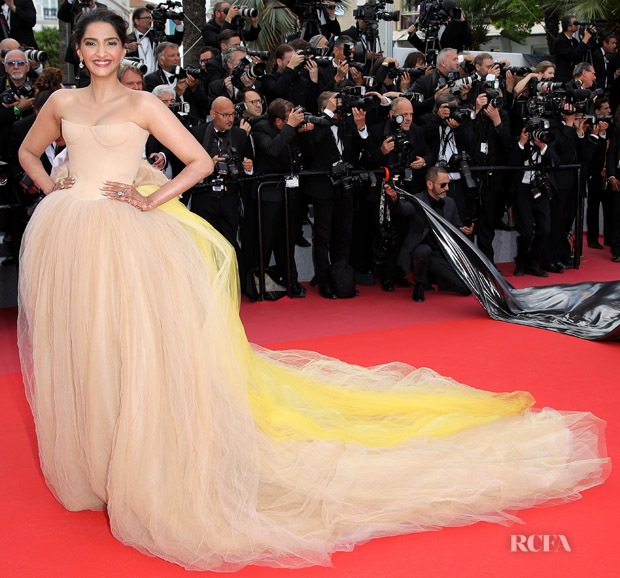 The shape is a mess and the colors are terrible. Sonam, who did this to you? Banish them from your presence immediately.

ADRIANA LIMA at the Burning premiere
gown by Alberta Ferretti, jewelry by Chopard

I hate the cut-out, and the necklace has absolutely nothing to do with the rest of the outfit.

OLGA KURYLENKO at the closing ceremony
gown by Dior, purse by Roger Vivier

LIU WEN at the Solo: A Star Wars Story premiere
gown and purse by Bottega Veneta

A mustard yellow bathrobe over a bra? Belted with a braid and a tastle? And velvet? In May? At CANNES? Nothing about this makes sense. I need a drink.