It’s the freakin’ weekend, dear readers. Celebrate it in style, with a brand-new bracket and a healthy dose of judgment.

Julianne in Balenciaga; Sarah in Houghton

Julianne: Where are you hiding it?

Sarah: Uh, I’m not. I just have no clue what you’re talking about. 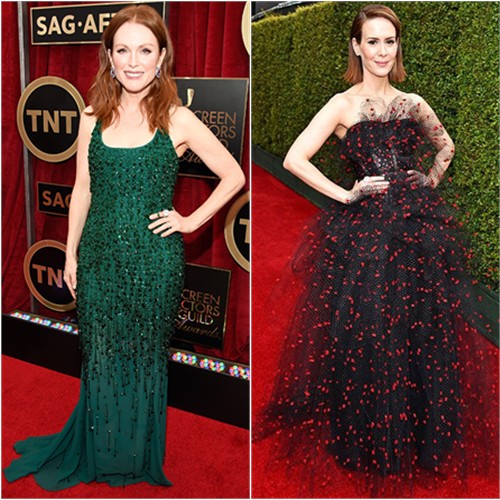 Julianne: FOR FUCK’S SAKE, WHERE IS YOUR SECOND HEAD?

Sarah: … I made it disappear. You know, with my witch powers. 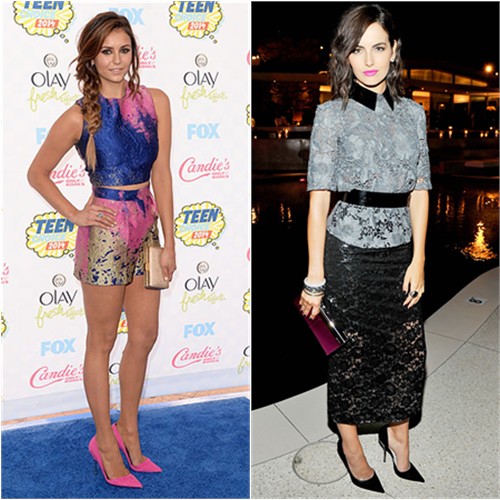 Nina: Wait, who the hell are you again?

Nina in Versus Versace; Camilla in Gucci

Nina: Hello?! Vampire Diaries? Ever heard of it?

Camilla: Ooooh, wow. Really impressive stuff. I’m sure it takes a lot of talent to be on a CW show about vampires.

Camilla: Life isn’t fair, honey. You should know. Didn’t Degrassi have a “very special episode” about that?

Nina: I’m sorry, but I refuse to be judged on my career choices by the woman who played Baby in a fake trailer for Dirty Dancing 3: Capoeira Nights.

Camilla: Whatever. That was totally worth the twenty bucks they paid me for the gig.

Cate: You should probably just leave now and save yourself some time.

Freida: Yes, I’m sure you are.

Cate in Givenchy; Freida in Thakoon

Cate: It’s a waste of time for you to even attempt to challenge me in any sort of battle, fashion or otherwise.

Freida: Really? And why is that?

Cate: Well, because I’m an alien, sent down to earth to teach you mere mortals the meaning of true fabness. Duh.

Freida: Oh. Of course. Why didn’t I think of that?

Reese in Self Portrait; Dita in Jean Paul Gaultier

Reese: So, how ’bout this weather?

Reese: Haha, you’re sweet. So, what’s it like being a burlesque star?

Dita: YOU’RE ELLE WOODS AND YOU’RE WEARING PINK AND I CAN’T EVEN HANDLE IT. 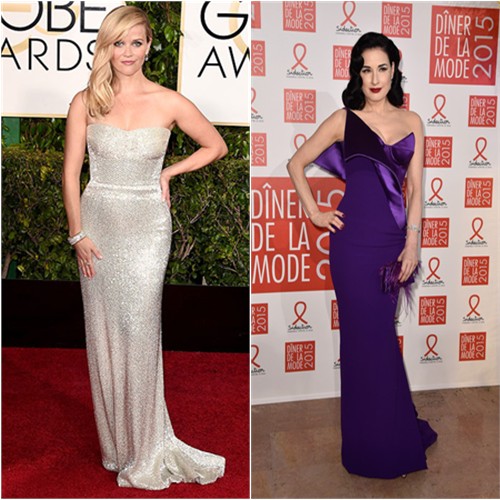 Reese: Um, okay. Can we talk about literally anything besides Legally Blonde?

Dita: NO! If I got into Harvard Law, I would never shut the fuck up about it! Just give me ONE LINE from the movie. Any line. I beg you.