Welcome to the SAG Awards, divas! I swear, they’re more glamorous than the name implies.

Perfect, flawless, everybody go home. This is the reason one of my saddest life goals is to one day play Emily Blunt’s character in a community theater production of the soon-to-be Devil Wears Prada musical. IT’S BECAUSE EMILY BLUNT IS AMAZING, YOU GUYS. 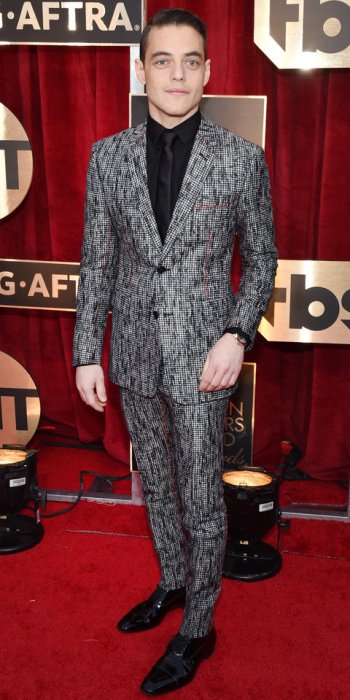 DEAR ALL OTHER MEN IN HOLLYWOOD: GET ON THIS FUCKING LEVEL.

Look into the doe eyes of Nancy from Stranger Things, for they are themselves a portal to the Upside Down. Also: styling is A+ and the dress is gorgeous, though maybe a tiny bit too big on her.

Lovely, even if she does look a bit like an uncommonly formal Bratz doll. 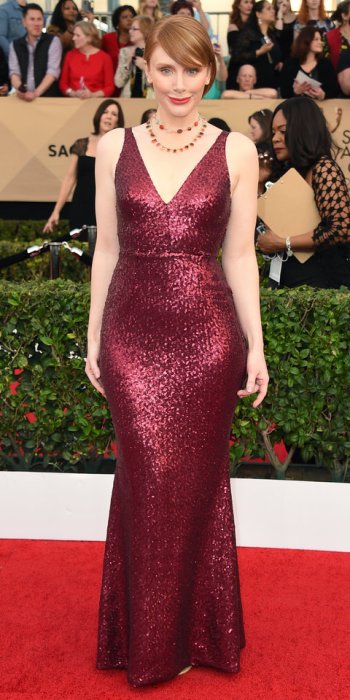 I am ALL ABOUT Bryce in this ruby gown, but the styling isn’t quite right. The necklace could have worked, but that orangey-red lipstick throws off all the colors here. 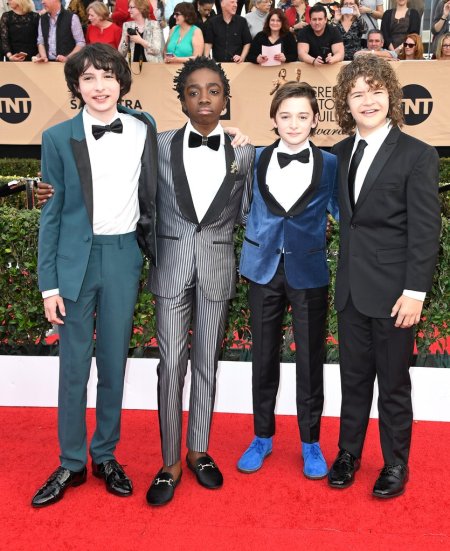 These kids continue to be better-dressed than most men twice their ages. 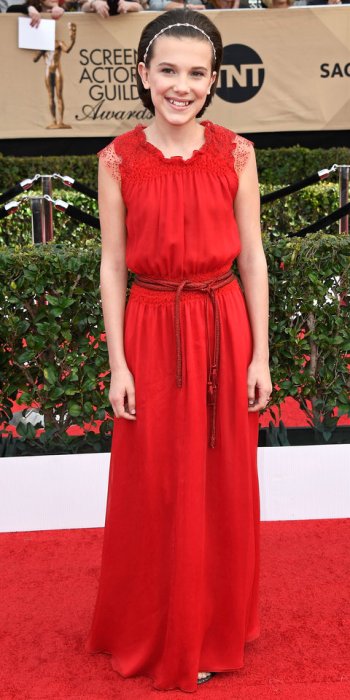 And Millie Bobbie Brown is adorable all the time, even when her lace cap-sleeved dress is inexplicably tied together with some rope.

Why bother writing anything here? It’s not like you’re ever going to take your eyes off Ryan Gosling. 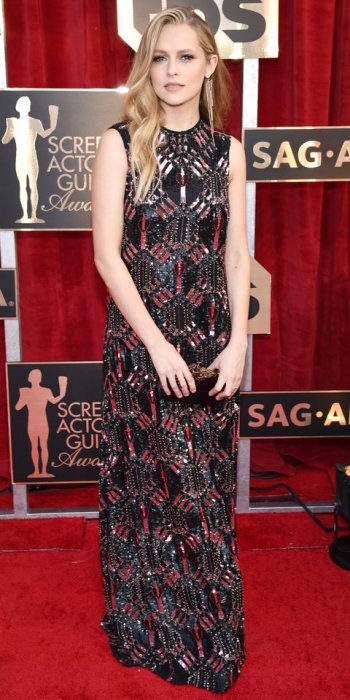 I like the idea of this gown, but it just seems like it weighs 80 pounds and Teresa is barely managing to hold herself upright. Cool earring, though!

I don’t love the fit, but this woman is straight-up GLOWING. 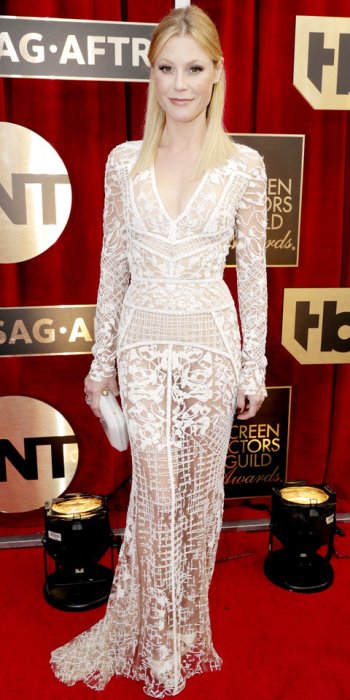 Haven’t we exhausted every possible incarnation of this dress already? It’s not bad, it just makes me need a nap.

The striped pattern was an interesting idea, but the way the fabric wrinkles destroys the whole aesthetic. She just looks like she’s covered in spider veins. 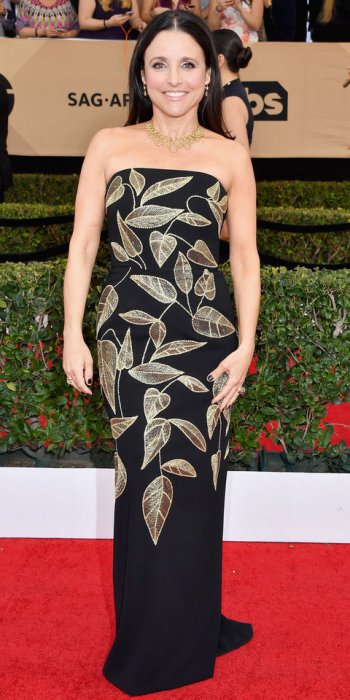 Predictable but pretty. I continue to be underwhelmed by the center-parted straight hairdos, at least at this formal of an event. 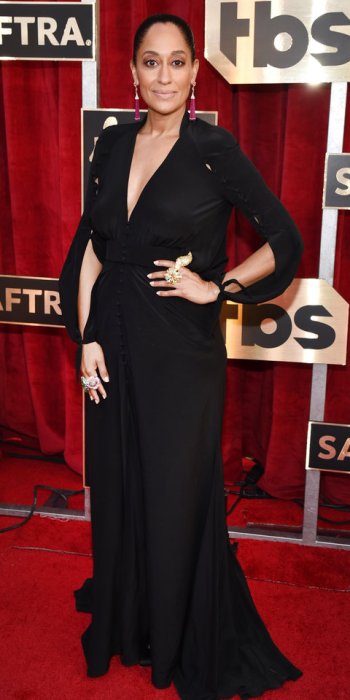 Jewelry is phenomenal. Everything else is fine but forgettable.

Alright, ladies. This is the third time I’ve seen a strangely askew gown in as many weeks, so it’s clearly time for a chat. There’s a difference between an asymmetrical dress and an optical illusion that makes me think one of your tits is making a run for it. Also, Brie’s hair makes me sad.

There’s also a difference between ruching and being ribbed for her pleasure.

Really, with the giant pendant necklace? Why? 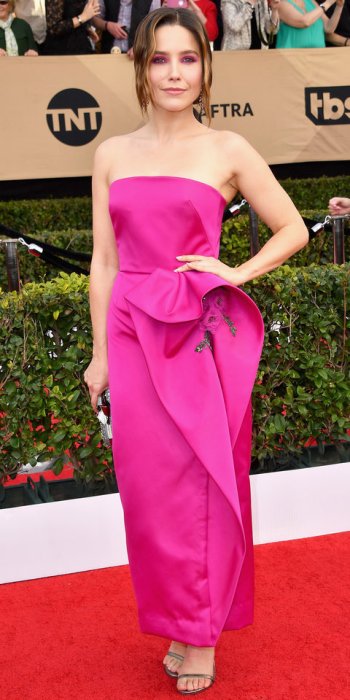 Spoiler alert: conjunctivitis is never in style. Not even if you’re Bob Costas.

Naomie is HUGELY fantastic on the red carpet, which is why this upsets me so much. She rarely makes a misstep, yet somehow she agreed to wear this disco clown lingerie. Nothing makes sense anymore.