Welcome back, my dears!

Emma Stone is gunning hard for that March Fabness championship ring. That, or she’s trying to win an Oscar. Probably the former. If it means more weird and wonderful gowns like this one, I’m on board. Conceptually, wearing a velvet Victorian robe over lingerie doesn’t sound like… well, anything. And yet, she makes it work. 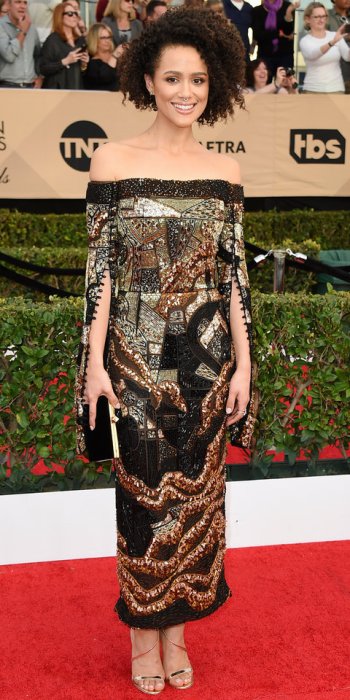 YAAAAAS MISSANDEI. The length is a little bit weird, but this dress is just perfect on her. Double points for a strange print/texture that lesser women would be too afraid to wear.

OBSESSED with this dress. You know I’m a sucker for an unexpected pattern/color combo at the major red carpet events, where too many people tend to play it safe. But then I googled Yara to figure out who she was and discovered she was born IN THE YEAR 2000. And now I’m too busy having an existential crisis to care about her awesome dress.

You will never convince me that a choker-scarf is an acceptable awards show accessory. But I’m willing to overlook it in favor of her drag queen circus tent gown, which I adore.

Sarah looks like she wants to fuck or kill whoever is taking this photo. I’m here for it. Simple outfit, with a small nation’s GDP worth of jewels – it’s hard to go wrong with that recipe.

Gorgeous gown, though I think it might be wearing her. The hair and makeup are too casual for a dress serving this much drama. 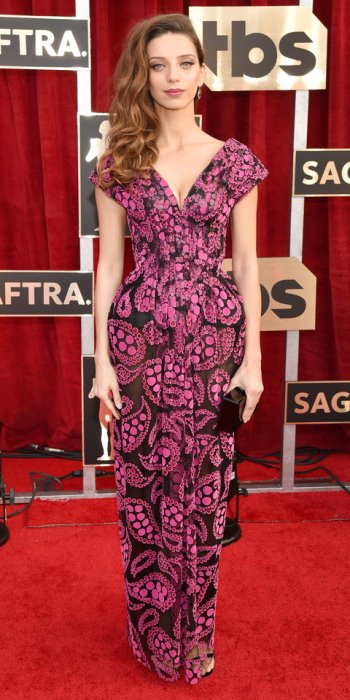 Pretty! Wish she’d worn the hair up, because one of the best things about this dress is the neckline and not-quite-off shoulders. But I dig the paisley print and the exaggerated hips.

Awww. She’s an absolute doll, but the lipstick ages her. Still, she looks so tall and elegant it kind of makes me proud, which is condescending because we’ve never met and she’s way more successful than I am. 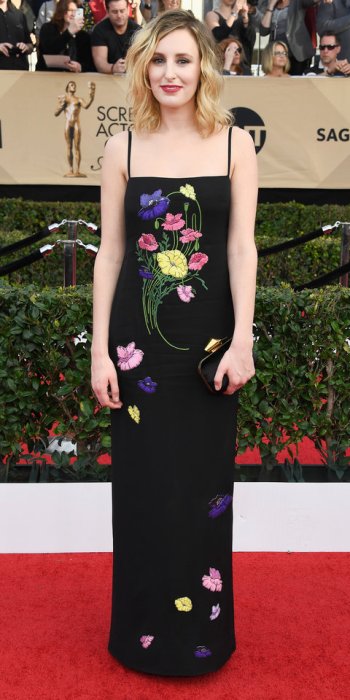 Lady Edith can never get it quite right, can she? I’m okay with the hipster-chic dress, but that hair is giving me agita.

She’s seven thousand feet tall and fabulous as fuck, so for a little while, Brienne of Tarth had me convinced I actually liked this outfit. But that slouchy sequined pant tapered to the ankle booties looks absolutely ridiculous anywhere except a Michael Jackson video. 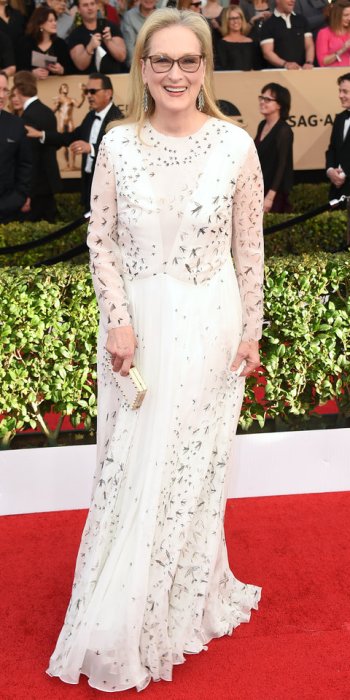 Honestly, the fact that Meryl isn’t wearing a cardboard box that says “go fuck yourself and hand me my trophy” is amazing to me. 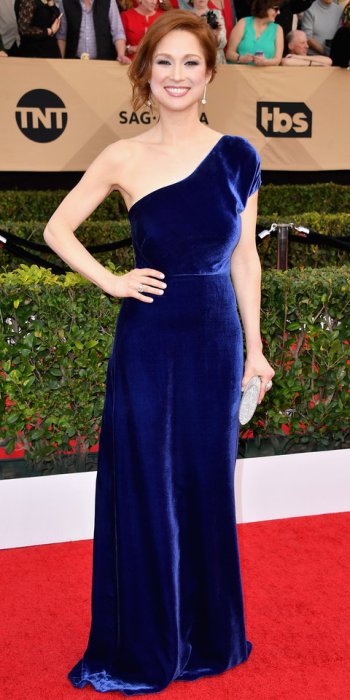 I think with better styling and a way better fit, this could have been a contender. But as is, she looks like she’s playing dress-up in her mother’s closet.

Amanda Peet constantly look like someone just poisoned her. Is she okay? Can someone get this woman a bezoar stone? 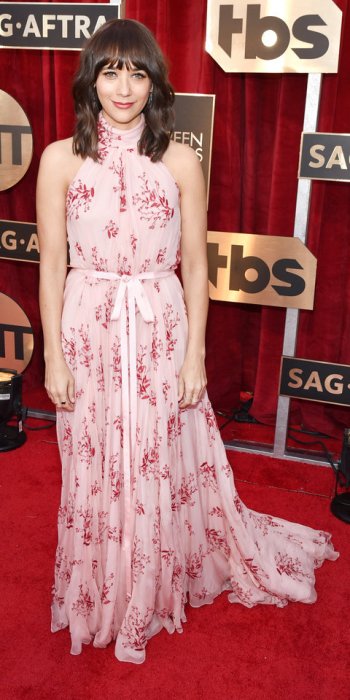 Am I just grumpy because it’s Monday, or is this completely forgettable? 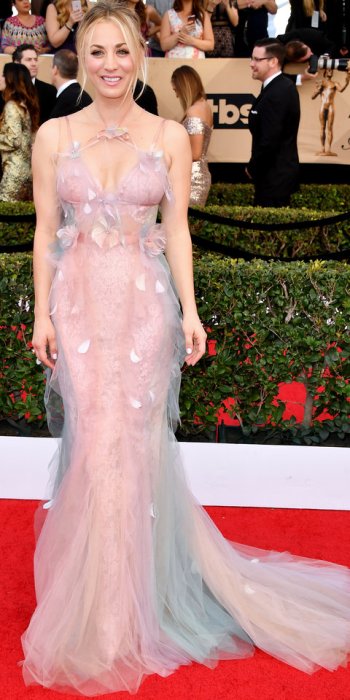 What’s that thing around her neck? Does it contain the stolen voice of a mermaid princess? I don’t understand anything about this.

Oof. That combination of “baby’s first fancy dress” and “here are my tits!” makes me very uncomfortable.

Taking risks? Wearing pants on the red carpet? You KNOW these things are right up my alley, dear readers. But this? No. I adore you, Danielle, but no.