The last of the Round 1 polls are now open, dear readers! 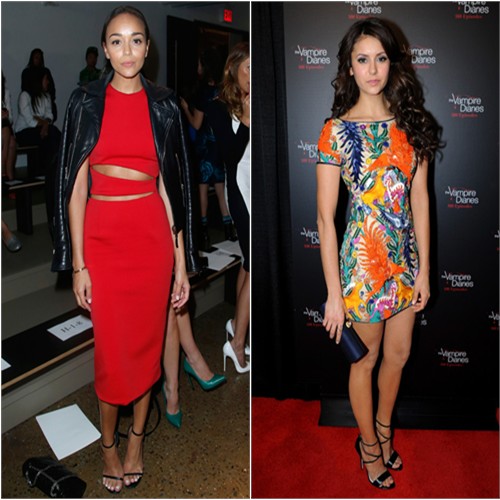 ASHLEY: Can I confess something?

NINA: Of course, Ashley. Your secret is safe with me. 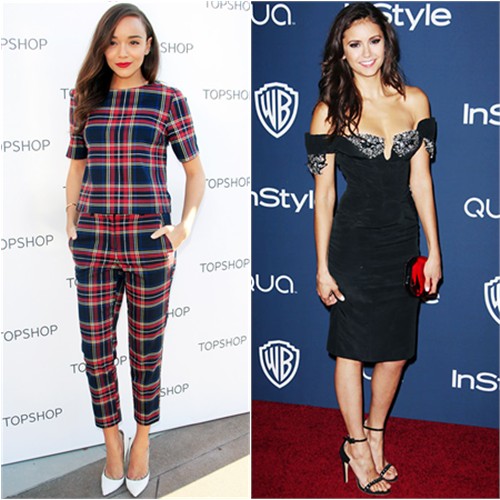 NINA: You know, ordinarily I’d be mad, but I have no idea who YOU are, either! Like, how did we even end up here?

ASHLEY: Who knows? But if one more A-lister asks if I’m on Pretty Little Liars, I’m going to punch her right in the fucking teeth.

NINA: I GET THAT ALL THE TIME TOO! Like, not every young, beautiful, relatively unknown actress is on that god-awful show.

ASHLEY: And when I try and tell people I’m on Revenge, they always think I’m talking about Scandal or Shameless or any of the seemingly infinite number of television shows with near-identical names.

NINA: Well, at least no one makes fun of you for being on a show about vampires when those went out of style at least two years ago.

ASHLEY: Oh, that’s why I’m joining the cast of Salem, because everyone knows witches are the new vampires.

NINA: Oh, shit. Are they still hiring? I need to jump on that gravy train for sure.

SANDRA: Whatever. Can we hurry this along? I’ve got places to be. 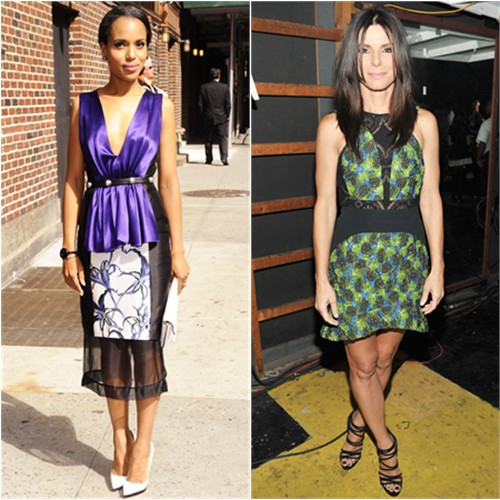 KERRY: Yes, we’re all very busy, but there’s no need for rudeness, Sandy.

SANDRA: Speaking of busy, what’s the deal with that dress? That looks like a particularly mean-spirited George Clooney prank.

KERRY: Jealous much? Or is that green tinge to your skin just because of that awful hair color/makeup combination?

SANDRA: You’re on thin ice, Kerry. You better watch it.

KERRY: You don’t remotely intimidate me, but nice try.

KERRY: Don’t worry. This evil little grin on my face means I know I’m about to kick your ass.

SANDRA: Fine, but I’m using my overlong purse as a weapon. 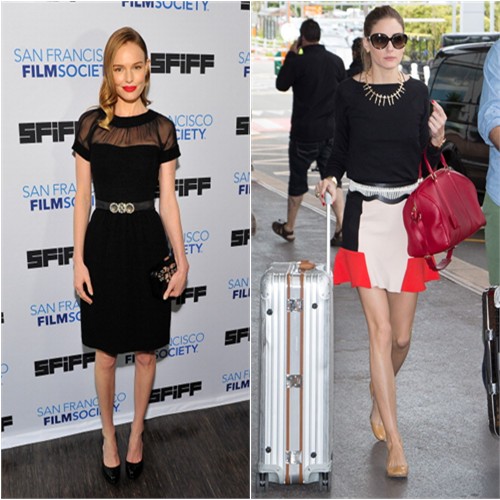 KATE: So, Olivia. I see you everywhere, at practically every fashion show – you’re almost as much of an industry It Girl as I am. And yet I have virtually no idea how or why you’re famous.

OLIVIA: Sure you do! I was on The City! 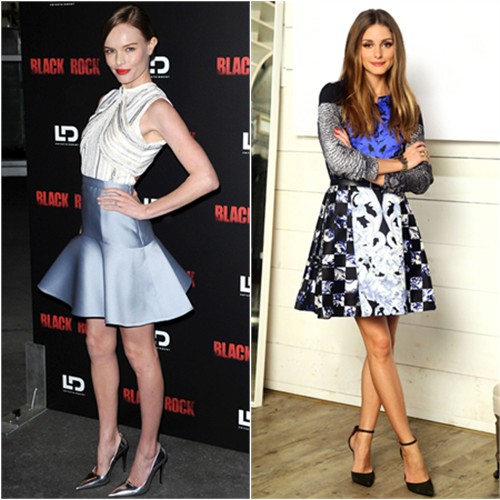 OLIVIA: Sure you do! The spin-off of The Hills? 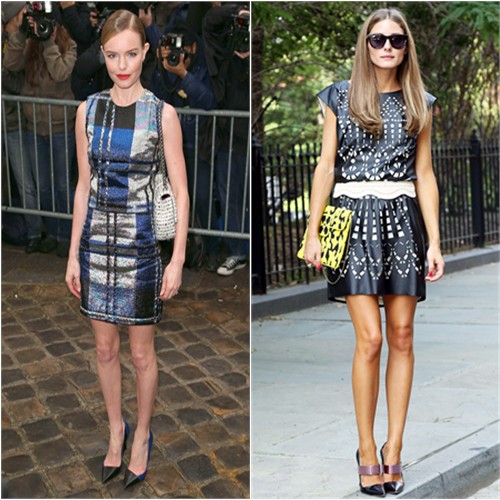 KATE: Seriously? You’re from a shitty spin-off of a shitty faux-reality show? Why the fuck are you invited to every major fashion event, every year, without fail?

OLIVIA: I could ask the same of you, Kate. What was your last big movie role – Blue Crush?

KATE: How dare you! I am an accomplished actress!

OLIVIA: Keep telling yourself that, sweetheart, and maybe one day, it’ll come true!

KATE: Whatever, bitch. At least I wouldn’t be caught dead carrying a fringed purse.

OLIVIA: You only wish you were as fierce as I am and therefore capable of rocking some fringe.

ZOE: What a day for a fashion battle! The sun is shining, the birds are singing, and I’m going to completely destroy you, Ms. Seydoux.

LÉA: Darling, I’m French. Fabulousness is in my very bones. But it’s cute that you think you have a chance of defeating me.

ZOE: Just because you own the same fabulous pair of Jimmy Choos in two different colors doesn’t mean you can fuck with me and my pantsuit.

ZOE: One French lesbian darling-of-the-film-festivals movie does not an A-lister make. 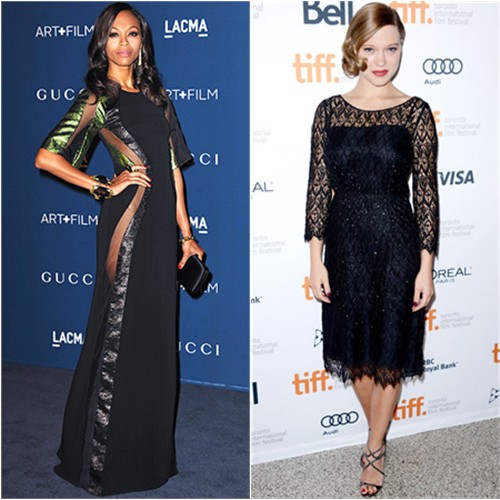 ZOE: Well, you do have a point there. Now will you pick a different damn pair of Jimmy Choos already?

LÉA: Hm? Sorry, I was distracted by your visible pelvic bone.

ZOE: Fine. But if you want to go to a feminine floral place, I’m still going to defeat you handily.

LÉA: Keep telling yourself that.