It’s the most wonderful time of the year.

First, a love letter to the Venice Film Festival: You’re the best. After the wasteland void of interesting fashion that was the VMAs, we earned some real red carpet goodness, and you brought it, as you always do. Venice is second only to Cannes on my list of favorite fashion events of the year. (The heyday of the Met Gala beats them both, but that’s been a little disappointing in recent years.) Thank you for being a friend, Venice Film Festival. Now, onto our queen:

Just a sparkly, artfully-shredded gown in an impossibly beautiful color and flattering silhouette would have been enough. But I think the (minimal) styling is the thing that pushes this into OH MY GOD I CAN’T STOP STARING IT’S SO PRETTY territory. Her brows have never looked better, the eye makeup pops perfectly with her dress, and the shoes were the perfect thing to pair with a skirt that already has a lot of shit going on. The piece de resistance: the world’s most elegant brass knuckles.

Obsessed with the dress; not sure if the shoes make any sense at all.

This is the only thing anyone should be walking around Venice in. Assuming they can walk in heels. Also, I need burgundy shoes in my life right meow. 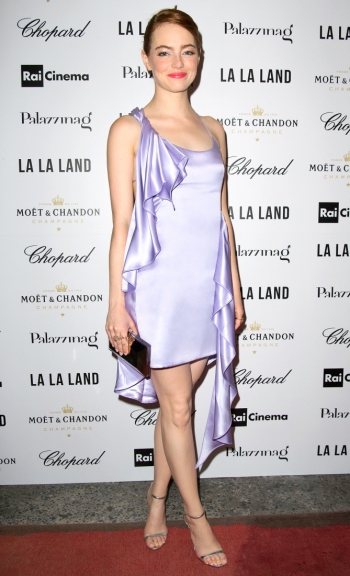 It’s a little stupid, but she’s got so much charm she makes it endearing. Also, Emma, you get one more chance to wear those shoes during this festival. Then I’m cutting you off.

And this is the magic of Emma Stone. Sure, she’ll wear Chanel on an airplane, but you bet your ass it’s going to be cozy and she sure as hell ain’t wearing heels with it. Praise you, Emma. You are all of us. Except you get to wear Chanel. 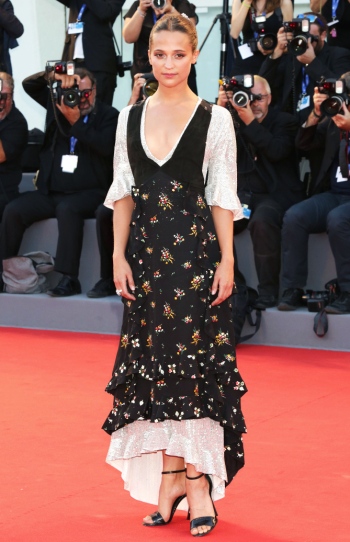 Sometimes Alicia’s love for Louis Vuitton blinds her to how goddamn awkward some of those looks are. But I think this is a happy medium of Victorian weirdness and modern red carpet realness. Her general poise sells everything she wears much better than most mere mortals can, but I think this dress is strange in a good way, rather than being ugly for the sake of ugliness.

ALICIA VIKANDER at the The Light Between Oceans photocall
dress by Prabal Gurung, shoes by Mansur Gavriel 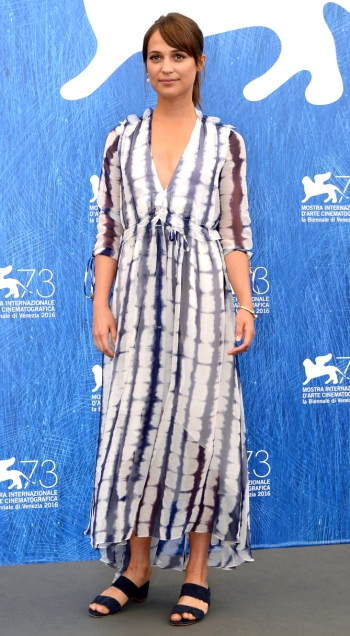 To all the stars who said “fuck you” to wearing stilettos to daytime events: a nation of lazy women stand with you. For hours and hours we’ll stand, because we can, because we’re not wearing fucking stilettos.

DAKOTA FANNING at the Brimstone premiere
gown by Miu Miu

I’ll keep drooling over this gown and pretend that whatever’s happening on top of Dakota’s head does not exist.

Adorable. And if you harbored any doubts that the 90s weren’t back in a big way, those cranberry velvet platforms would prove you wrong. (Cranberry Velvet Platforms is now the name of my 90s cover band.)

I have a well-documented history of loathing flatforms, but I think if there’s any place where these things work, it’s with this dress, on this girl.

AMY ADAMS at the Arrival premiere
gown by Atelier Versace

Gorgeous. Her hair looks like it’s made of liquid rose gold.

Not mind-blowingly new and interesting, but, it’s Amy Adams. Expecting her to veer too far from tradition is just unrealistic.

Another dress that will go in my imaginary Venice trip shopping cart. 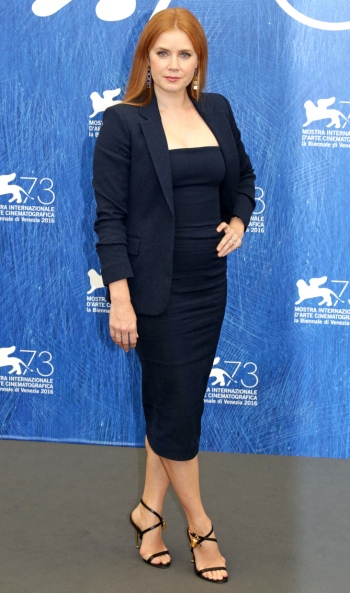 I don’t dislike it, it’s just so strangely businesslike this event. If I can wear it to work, what’s it doing at a daytime photocall in Venice?

AMY ADAMS at the Arrival photocall
dress by Fendi, shoes by Christian Louboutin

Great colors, terrible proportions. And the black trim cheapens it. 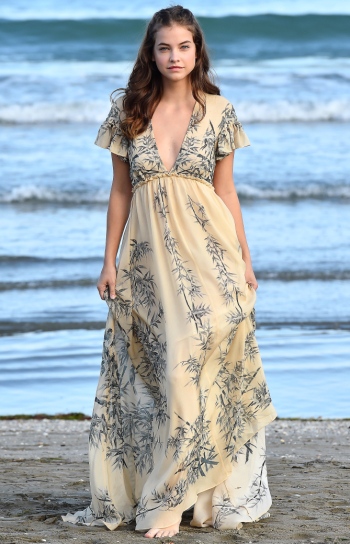 Well, duh. She’s a model on a beach in a pretty dress. Somebody has to fuck up really badly to make that look anything less than wonderful.

The tiered mermaid skirt makes me cringe, and the ruffly collar might be even worse. Who decided this was acceptable? 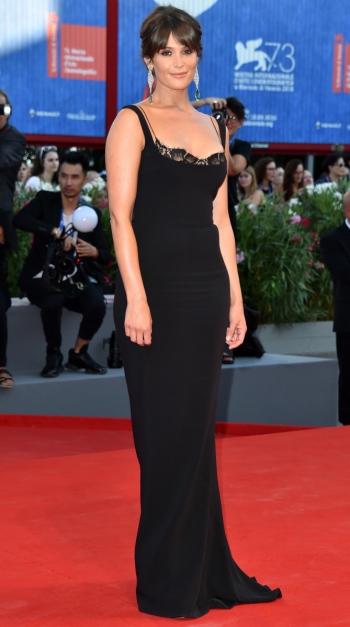 This feels like the only thing anyone wore on the red carpet in 2003, and that’s not a compliment.

GEMMA ARTERTON at the Miu Miu dinner
gown by Prada

The shape feels weirdly childish, and none of the styling choices were good ones.

GEMMA ARTERTON at the jury photocall

GEMMA ARTERTON at the opening reception
dress by Sonia Rykiel

Fire the person who paired that belt with this dress. Better yet, punch them in the face.

That’s just a swimsuit under a tablecloth. You cannot convince me otherwise.

NAOMI WATTS at the Bleeders premiere
dress by Roksanda, shoes by Nicholas Kirkwood 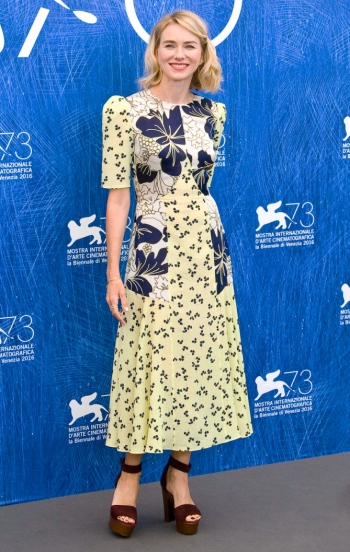 Who did this to you, Naomi? You’ll never not be beautiful, but you somehow ended up in hair, makeup, a dress, AND shoes that don’t work for you. And all in different ways. I’d be impressed if I weren’t trying to figure out where your knees actually fall.

NAOMI WATTS at the AMBI dinner

She’s the person at the Halloween party I’m least interested in talking to.