Time to finish up our SAG coverage so we can move onto the absurdity of the Grammys!

Obsessed with that sheer black overlay and the way it draped into the feathered skirt. She looks like she’s modeling for a new awards show trophy to be made in her likeness. The LUPITA Award will go to outstanding performances in being a boss while wearing couture, and Lupita will win it every year. (Oh, and if you’re loving this lewk, baby, you just WAIT until I [eventually] cover the Black Panther premiere. You will overdose on glamour. And you will love it.)

By far her best look to date. It was mere months ago that I was reflexively yawning anytime someone even mentioned her name, but her fashion from the Get Out press tour and awards-season promo events has been fantastic. She should go for this modern-flapper vibe more often – it makes her stand out in a way that her usual preppy-girl gear just can’t do.

Still unclear as to why all of Mary’s wigs are sitting halfway back on her head, but I am not about to judge her for it. At least, not when she’s wearing this stunning explosion of petals on her body. This applique-flower-sunburst-thing is just fucking gorgeous. Keep the killer looks coming, MJB.

I just love how weird this is. It looks like those little candy buttons that are attached to a long strip of paper and then you pull off the buttons and eat them and end up eating kind of a large amount of paper and just pretend that’s normal. (Somehow, I mean this as a compliment to the dress.)

I’m not usually a fan of that laid-back California sporty-chic aesthetic. Or anything sporty that isn’t Sporty Spice, for that matter. But this is undeniably gorgeous. Plus, it sparkles.

Love the color and the huge-ass shoulder flower. More brown and bronze on the red carpet, please! It’s such an underused color palette.

Living for the astronomy print, though the proportions of that plunging neckline aren’t quite right.

I hated every bit of this tacky superhero cosplay when I first saw it, but I warmed to it when I remembered that Alison’s the star of G.L.O.W., an awesome show about women wrestlers in the 80s. With that context, this dress makes 10,000% more sense. I still don’t think the hair and makeup really work, but at least I’m no longer wildly off-put by the outfit.

It’s not my cup of tea, but I can’t stop smiling when I look at this, and that goes a long way for me. And if anybody can rock Chuck Taylors at an awards show, it’s Millie.

It doesn’t reinvent the wheel, but damn if this dress isn’t PERFECT on her. That draping is an absolute dream. 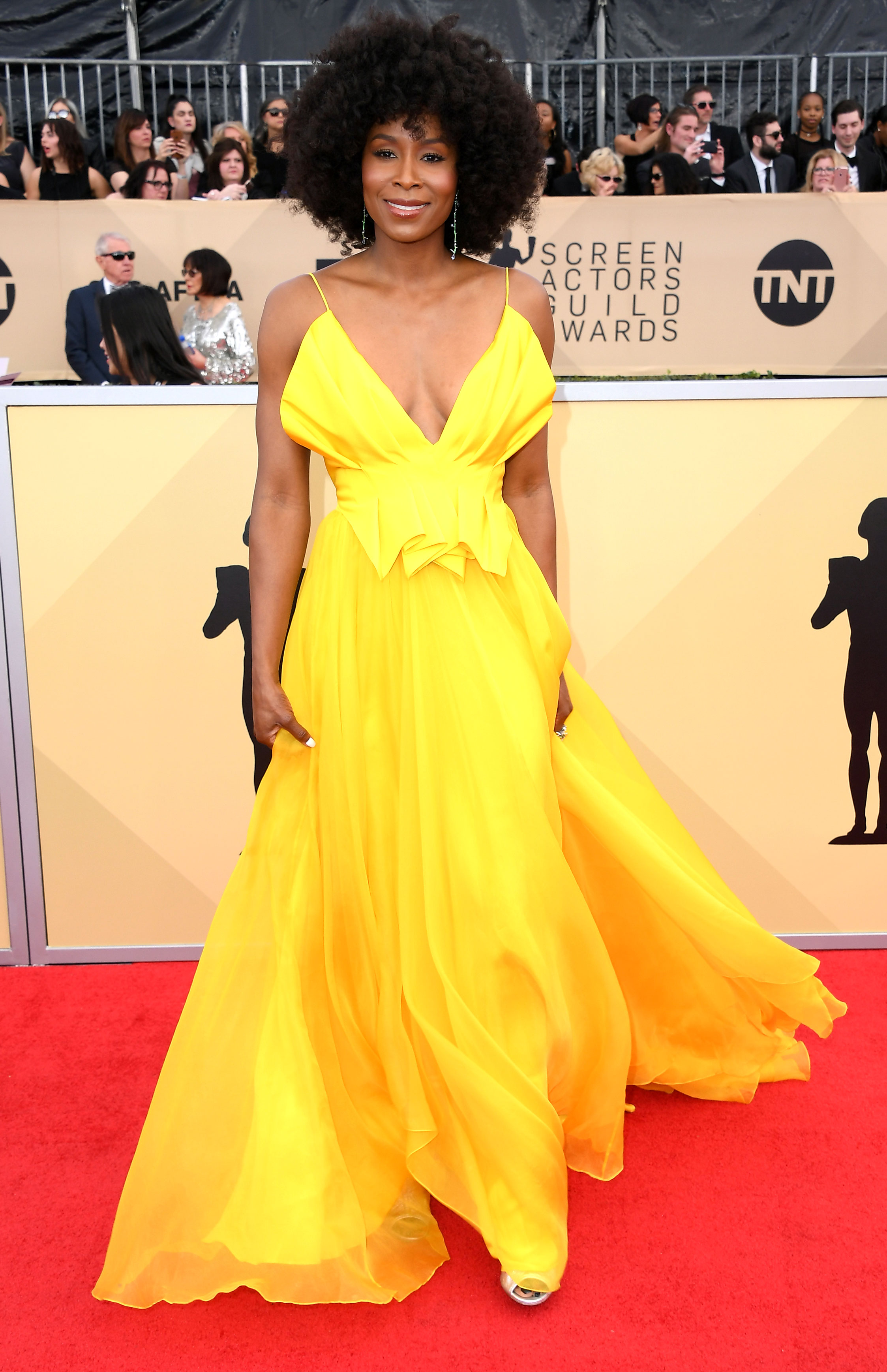 Great color, terrific skirt, but why are her breasts taking flight? 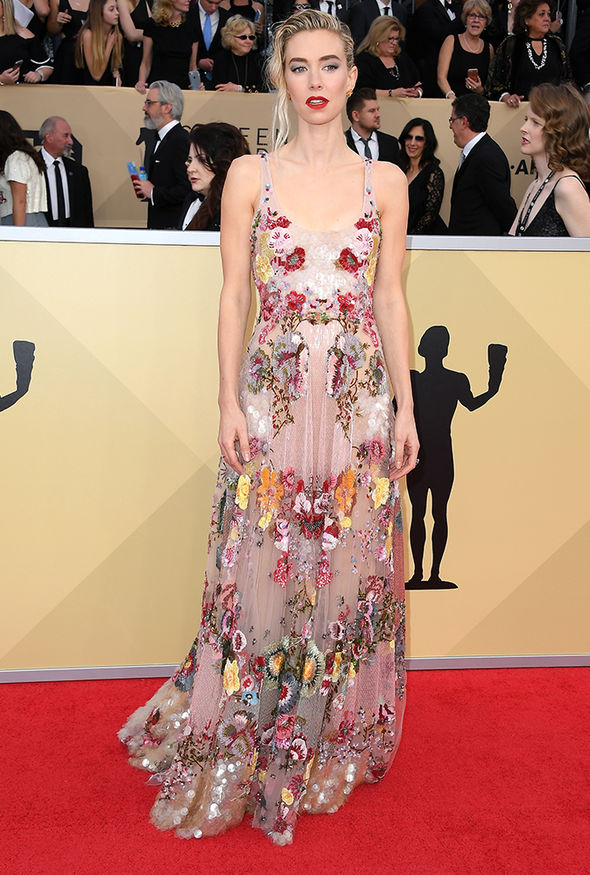 Louis Vuitton can be a tough one. A lot of their formalwear isn’t particularly wearable, and this color isn’t doing darling Saoirse any favors. I love when the gals get weird on the red carpet, but this isn’t really strange enough to be strange. It’s just a little… off. And the styling’s forgettable. She’s just capable of so much more.

I’m always here for rose-gold sparkles, even if it’s kind of underwhelming.

She looks beautiful, but this is basic defined.

Not into the weird Gwyneth vibes this is giving me. Also, I can’t see Laura Linney without saying to myself, “I’m Laura Linney. And THIS… is Masterpiece Classic.”

It looks like someone forgot to finish making this dress.

Maybe I got burned out on black dresses after the Globes, but this just felt low-effort.

The dreaded saloon trend has claimed its latest victim. No one is safe.