What is there to say? A goddamn Shakespearean sonnet couldn’t do justice to Pope Riri the First. I’ve been covering the Met Gala for about a decade, and I’m so glad that Rihanna helped usher in Twitter’s obsession with the event by simply showing up and looking incredible, year after year. It’s insane that she keeps defying stratosphere-high expectations for what she’ll wear to the Met Gala, but she’s still doing it. There was a ton of excellent fashion, but once you saw Rihanna’s look, you saw everything you needed to see. A Met Gala will never again be complete without her.

I bow the fuck down to every inch of this look. THIS, gentlemen, is how you do Met Gala menswear. The era of wearing a black tuxedo when the lady next to you is cosplaying as a space robot/warrior princess is waning, dear readers. May Chadwick continue to bring Hollywood men into the light.

A few tried, but only one woman served the level of Joan of Arc eleganza that this event required: ZENDAYA. Every detail, from the chainmail to the armor to the haircut, is exactly right. I love this so very much.

CARDI B
gown by Moschino

Best use of a pregnant belly as an accessory since Beyoncé used her VMAs fashion to announce her pregnancy with Blue Ivy. Nothing says “I’ve got the savior of mankind in my womb, and I’m also here to fucking rage,” quite like Cardi B.

The only thing better than a full commitment to the theme is spinning that theme on its head. Nobody expected a Pride flag for Heavenly Bodies, but Lena used her fashion to make a statement about the Church’s relationship with the LGBTQ community, and especially LGBTQ people of color. It uplifted her message, her community, AND her profile. She was inspiring before; she might just be an icon now. And that, my dear readers, is why Lena Waithe is the true democracy diva. (I’m keeping the domain name, though.)

How is it possible to give so few fucks and so many fucks, all at the same time? That is the nature of Frances McDormand’s genius. She said it took her ten minutes to get ready – no makeup, no hair, just Frances and her giant cape and her explosive headpiece. And the pose. THE POSE, darlings. It summed up everything I love about this weird, elitist, Anna-Wintour-puppeteered event. It committed to the bullshit while calling out that bullshit at the same time. Can anyone but Frances even achieve such a thing?

It was hard to believe this wasn’t an oil portrait of Kate Bosworth, but her real, actual, human self. The veil, hair, and makeup are absolutely exquisite. Oh, and if you’re not following Tom Lenk’s DIY versions of red carpet #lewks, this is a great reason to get on board.

Category iiiis: first communion but make it FASHUN. Get that @katebosworth @oscardelarenta @metmuseum @metcostumeinstitute #metgala #LenkLewkForLess with SUM TRASH, a sheer curtain panel, a SEQUINS scarf from @rossdressforless, lace ribbon & googly 👀👀👀👀👀: $FREE from My HAUS. And makeup using only @maccosmetics #MACPadma that @padmalakshmi sent me 😘! 📷: @marbell26

Almost hauntingly beautiful. Honestly, what a joy this theme was. There’s so many routes you can go, and they’re all so rooted in such fantastic art and iconography.

Every piece of this is gorgeous, but I think the makeup is my favorite part. It looks so fresh and so medieval at the same time.

I’m fucking speechless. This is awesome.

GRETA GERWIG
ensemble by The Row, jewelry by Tiffany & Co.

Greta Gerwig basically made Catholicism relevant again with Lady Bird, so her fashionable homage to a nun’s habit felt particularly on point. Also, that tiara is worthy of a close-up:

The hat/veil combo is inspired.

Lynda Carter repped the Jews, on behalf of her husband and kids, and I couldn’t be happier about it. Her jewelry might say Catholic renaissance, but her crown says “never forget” in Hebrew (and in the feminine tense). Oh, and did I mention she added a star of David to the back of her head?

As the kids say, we stan a legend.

A giant gilded sheet with arm holes doesn’t sound like it should work, but somehow, it does.

I originally had this safely in my “Not the Oscars” post. It’s impeccably gorgeous, but the theme is nonexistent. And then I saw him from the back. 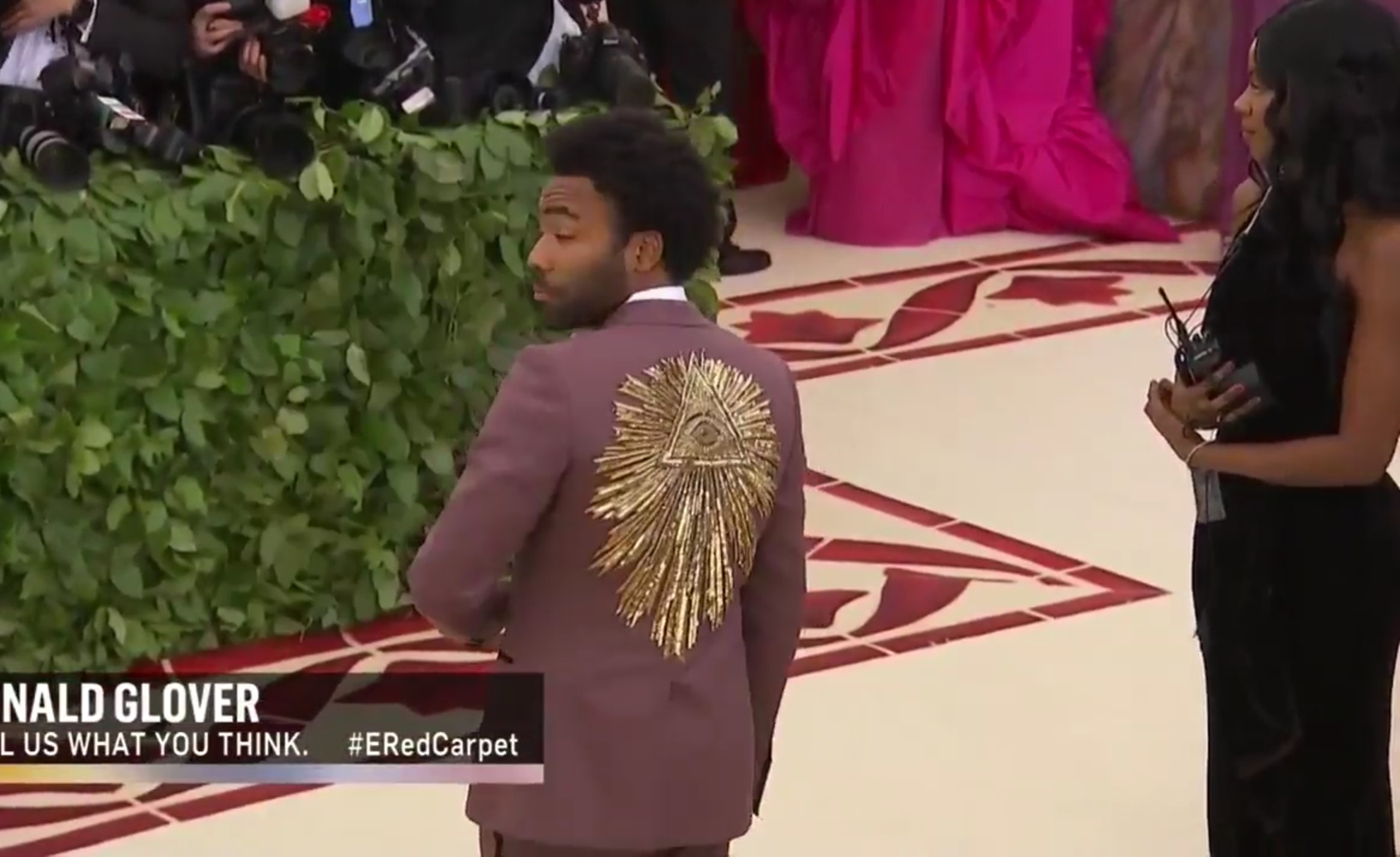 The fucking Illuminati sign. He really is the best.

Quietly magnificent. The makeup brings the entire look together.

Is it what I would have worn? Of course not. But it’s classic JLo without being repetitive, it’s thematic, and she looks phenomenal in it.

This is truly brilliant.

At first, I loved the headpiece, but could take or leave the dress. I’m generally not into the short hemline/puffy train combo. But then I got a look at the back:

This brings the fucking DRAMA. And I, for one, am a messy bitch who lives for drama.

SJP doesn’t always succeed at the Met Gala, but she always commits. This year, that included a nativity scene headpiece that would have been my favorite accessory of the evening, if it weren’t for that goddamn flower. It ruins the whole regal gilded aesthetic, but the outfit is still such a fucking statement that she earned her spot on this list.

It might not be the most interesting gown in town, but it’s not the dress that makes this look – it’s the detailing. The face jewelry is a little confusing from far away, but up close… 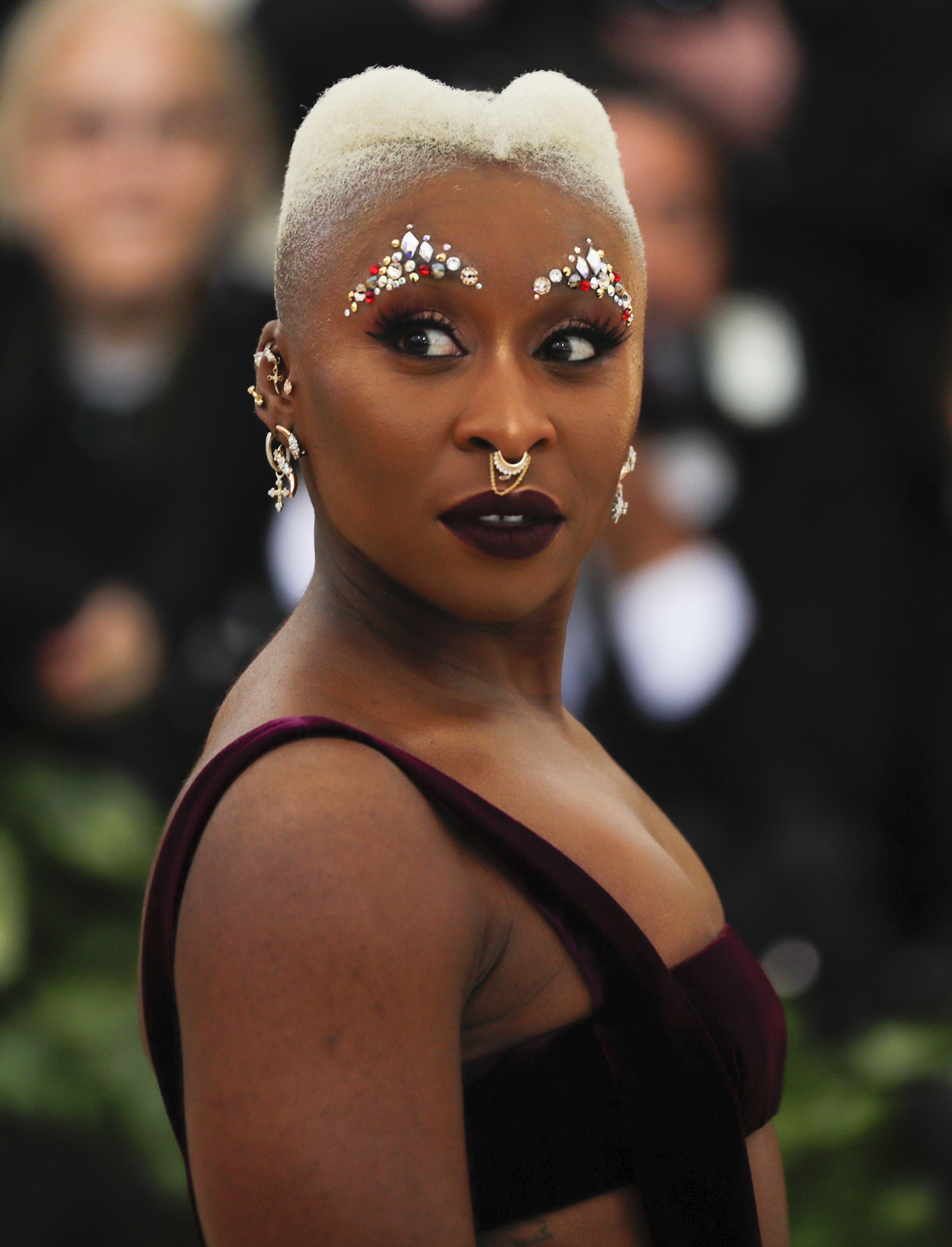 I mean, that shit is INCREDIBLE. The eyebrows? I can’t stop looking at her. Oh, and in case you thought that was all Cynthia brought to the table…

Her nails feature black women recreating the “Creation of Adam” pose from the Sistine Chapel. I have no words for how fabulous this is.

It could have been underwhelming, but I think the red lining of the jacket and the white eyeliner really lift this look up.

I think she aimed for baroque metallics and landed in a Michael Jackson video, but honestly, I still really like it.

It feels a little on the heavy side, but it’s luxe to the eleventh degree. I can’t stop looking at the detailing on this dress.

I know, I know, it’s way too much. But it is the goddamn MET GALA. When the fuck else can you go this over the top? You bet your ass I would’ve marched in there in full goddamn Catholic cosplay. I just don’t know any other way.