If Venus in her clamshell had a lovechild with the sexy feather duster from Beauty and the Beast, that child’s name would be Cardi B. God bless Thierry Mugler for lending our queen this vintage couture gown from his 1995 collection. This is an iconic fashion moment.

It feels absurd to call something with this many pointy edges “soft,” but there is a gentleness to this dress that I adore. It’s a surprise and a delight, and the hat is everything.

For mere mortals, it’s really difficult to look fully dressed when you’re wearing a formal gown and expensive jewelry with no makeup. But the pairing of her glowing skin, a funky necklace, and the sportier fabric of her gown work perfectly together. I’m fully sold on this.

I smile every single time this woman appears on a red carpet. It’s impossible not to. Who else on this earth can we count on to serve us Slytherin Hillary Clinton realness?

I love post-White House Michelle Obama’s aesthetic. Glam, funky, no fucks left to give, no having to run your wardrobe choices by polling analysts and campaign managers and the ghost of Jackie O. She looks phenomenal.

Even for extra-wide-leg pants, they’re a little too wide, but the color and texture are divine. Honestly, for as awkward as this is, I respect the hell out of this. Where else besides the Grammys can you wear your “Prince, but make it disco” cosplay?

Hate the hair, and the gown is better suited to Cannes Film Festival than the Grammys, but I’ll take it. Love the color.

It looks like something J.Lo tried on and rejected, but for some reason, I don’t hate it.

There’s absolutely nothing wrong with this look. But I didn’t even recognize Gaga in it, because it’s something any regular, run-of-themill celebrity would wear. I know a gal can’t do meat dresses and arrive on the red carpet via giant egg forever. But you should never have to search a room to find Lady Gaga, you know? (Even if there’s 99 people in a room…)

I don’t think it really works, but I’ll give her credit for trying. 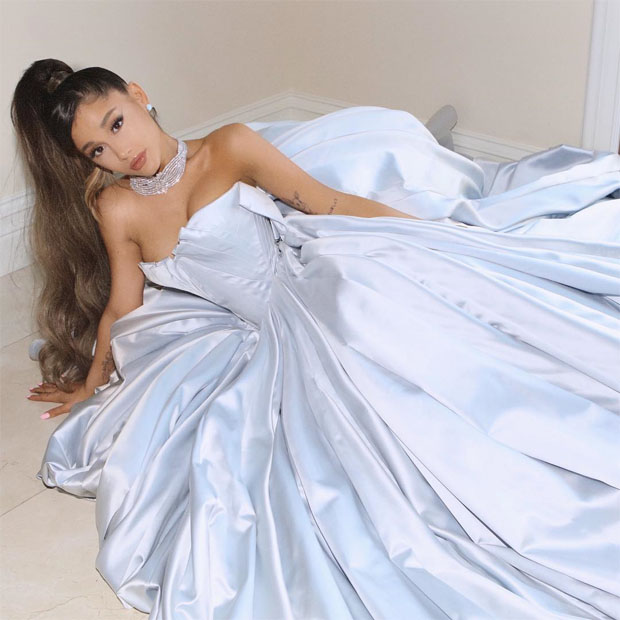 It is a Boss Bitch move to pull out of your Grammys performance and then just insta the Zac Posen gown you were going to wear. Points for lounging around in diamonds for no reason, but I wish the dress were more interesting.

I can’t believe J.Lo let herself be upstaged by anyone, let alone a HAT.

Good color, but everything else is forgettable. (Except for “Havana, ooh-nana,” which I can’t seem to remove from my brain no matter how hard I try.)

There is no rhyme or reason to the fit and flare of this suit. It’s pure chaos. And not the fun kind.

I think this was supposed to come off as smoky and ethereal, but instead I’m just getting dirty dishwater.

All I’m getting is “Barbie’s sweet sixteen.”

I understand what he was going for, but it looks like he’s wearing a studded skin suit.

I know the world is basically coming to an end, but even that isn’t an excuse for whatever the hell I’m looking at right now.

Good lord, Rashida. This is supposed to be fun. Would it kill you to wear something a little less funereal?

This is one of the worst things I’ve ever seen, and I’m honestly shocked that Christian Siriano is responsible for it. He’s known for being one of the only designers willing to dress women larger than a size 4, and he’s usually impeccable at making stars of every shape and size look like supermodels. But damn, Christian. You done Meghan Trainor dirty with this one. Send the gal some flowers or something.

Poor thing looks like somebody’s got a gun to her back. Blink twice if you’re wearing this utter monstrosity of your own volition, Kylie!!