Can’t go wrong with a blonde-haired, blue-eyed girl in a super-cute dress and black Louboutin pumps. 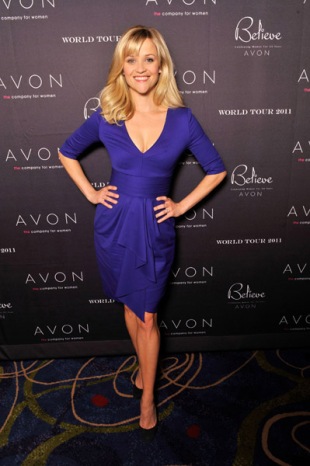 After I saw this dress in Jason Wu’s Spring 2011 collection, I predicted Sarah Jessica Parker would wear it. But it looks better on Reese than I imagined it looking on SJP. I love the identical hands-on-the-hips pose in both these photos.

I actually love this sort of hipster-chic thing, especially at a promotional event for your random ass movie in San Francisco. She has a phenomenal Mona Lisa smile in this picture. 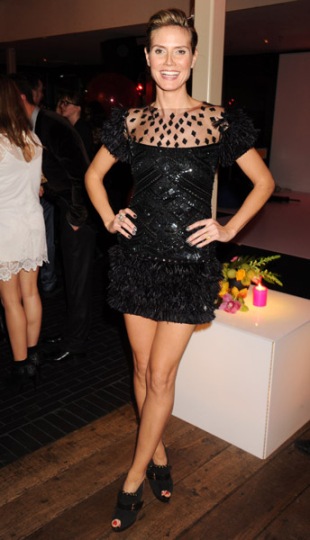 I have a love-hate relationship with this look. Loves: Very burlesque, yet somehow disco. Hates: Heidi Klum in the black version of every dress she owns; Heidi’s hair.

I remember this dress from the Dolce & Gabbana collection; I loved it then, and I love it now. Kate Bosworth is totally weird-looking, but she does have one blue eye and one brown eye. And this dress is textbook “Mormon chic,” in a really great way. Cute belt, and I’m not a belt person.

The studded thing is a little played-out, but you can’t deny that this hot little number is AWESOME and looks phenomenal on someone I care very little about. Love the purse and the shoes too.

First off, I like Gillian Jacobs already because she’s funny as hell on Community, even if she is a bit of an annoying hipster type. (But who isn’t?) And though this has obvious flaws, I see potential. The cut of that dress is so obviously unflattering – it practically has arrows that point up to her tummy and away from her boobs. But the lace cut-out idea is good – I can see what she liked about the dress (though she should have known it was a NO once she tried it on). And though her hair is a bit of a nightmare, her makeup is nice and she is ALSO rocking a little Mona Lisa smile. Try again, Britta. I believe in you. 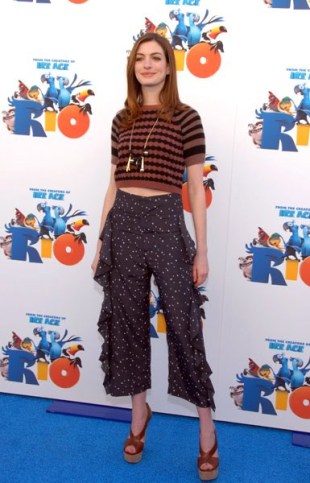 Listen, Anne Hathaway is one of the best-dressed women on earth. Everyone is allowed to have an off day. That being said, I hate everything about this. The hair color clashing terribly with the color in the sweater. Whatever the hell she’s wearing around her neck. The gap of skin at the awkwardly high place between where her shirt ends and her pants begin. THE RUFFLES ON THE PANTS. And espadrilles? Not really appropriate outside a barbecue or a walk down the boardwalk.

We are seeing a lot of lovely ladies in white. I’m eating it up, especially with the black stockings and black shoes – they keep it from looking bridal. Love the eyelets; love the weird shapes in those sleeves. And loving the lighter hair color!

Goddamn, it is good to be Gisele. This is effortless sexy like nothing I’ve ever seen before. I want that purse, I need those shoes, and that color is just perfect on her.

It’s out there, but it’s a risk that paid off. I like everything except that little strip of blue (coming out of the big strip) that looks like it’s pulling her shirt open. Great colors, daring accessories, funky shoes.

I just don’t know why women feel the need to wear capelets attached to their cocktail dresses. And that fake tan is blinding me.

Versace and Gucci won’t fucking stop it with all these awkwardly placed tassels hanging in front of your nether regions! It’s just awkward. Other than that, this dress still has a lot going on; and the black-and-gold accessories might be too matchy-matchy. But it’s pretty awesome dress all the same.

Gorgeous dress, but it doesn’t feel right on her at all. Maybe Alexa Chung.

Phenomenal. Every piece of the puzzle is perfect. (Sorry for the alliteration.) 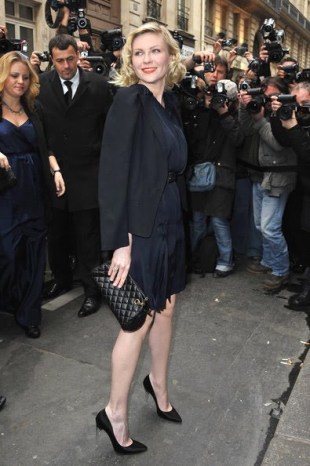 I love a blazer over a dress. I love her porcelain skin. I love how surprisingly sober she seems.

Okay, hipster. This is pushing it. Don’t turn into Michelle Williams and just start dressing like you think you’re a modern-day Twiggy. It’s tired.

I give up. There’s no saving this one.

Also, don’t think you can get away with wearing the same shoes at two different fashion shows. You thought this Diva wouldn’t notice? HA!

Yes! Sofia Vergara has finally found a bombshell dress that is elegant and classic instead of trashy and over-the-top! Not loving the shoe color with that dress and purse, but she looks phenomenal.

Gorgeous, but I can’t fucking take another nude dress on the red carpet! Love the eyeliner, though. 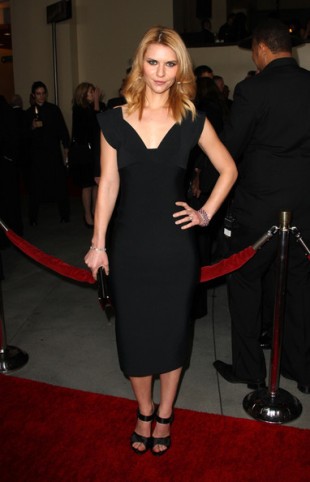 She’s glaring at me like she knows what I said about her SAG awards dress. I’m sorry, Angela Chase! I still love you! You look fierce! But get your roots touched up!

Somehow they’re always different designers, but doesn’t it seem like since Natalie Portman announced her pregnancy, she’s worn a different incarnation of this dress to every major event (except the Golden Globes)? I don’t dislike this sort of funky, embellished Grecian thing, I’m just seeing a whole lot of the same thing from her lately.

Respond to The Week in Celebrity Fashion: Stars at Fashion Week and More!