Pull out your fanciest hat, ’cause the future princess is in the house! 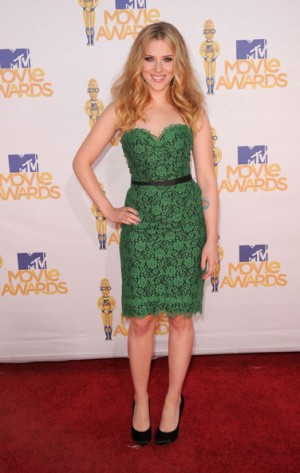 The gloves, the hat – this princess knows how to accessorize.

Scarlett: Could I get another order of lace, please?

Kate takes it to a casual evening place:

While Scarlett pops (in more ways than one – hello, sideboob!) in neon yellow.

Kate is the demure diva wrapped in stunning blue:

While Scarlett opts for a wavy, sculptured cocktail dress.

But it’s all sophisticated coats and jaunty hats for our future royal:

Kate suits up, a vision in red and black:

And Scarlett strikes back with a bump-it and plenty of green glitter.

The First Guns wave to us in a hot gold number:

Diane takes in a fashion show in gold and black accessories:

Lady O is absolutely glowing in a wild, colorful print:

The First Lady gets shiny and skin-tight for the holidays:

While Diane goes for the glam in purple silk with gold embellishments.

Michelle dances the night away in a ball gown fit for a queen.

While Diane stays uber-chic with her boyfriend Pacey. (Doesn’t he still look delish?)

Michelle dons her own sassy red dress, and hangs on to a handsome man of her own:

While the First Lady shows us that a perm and some blue sparkles can go a long way.

Diane is infamous in her one-shouldered dream gown:

And Michelle Obama lives the couture life in McQueen. 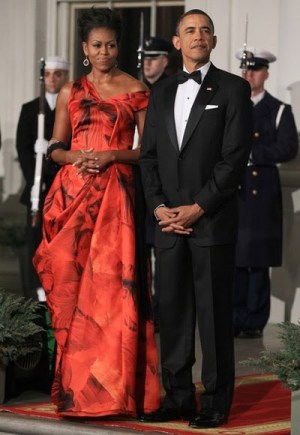 But Diane ends the battle in her best Greek goddess gear.

Reese is simple but chic in polka dots and killer red peep-toe pumps:

Reese strikes a pose in her long-sleeved, structure white dress:

While Mila shows off her love of a whole lot of crinoline.

While Mila wows in a chic white suit.

Reese takes it to a lace place:

And Mila goes simple, but with phenomenal effects.

And another Vera Wang mega-gown from Mila.

Reese stays strong in her trendy little dresses, this time with a glittering bodice:

While Mila insists on bringing the ultimate in red-carpet drama.

Reese goes for a high pony and high fashion in Armani:

While Mila shows the world the glory of lavender lace.

Kate begins in white and silver, shining at Cannes:

While Dianna gives us a smile, a perfect LBD and chunky jewelry.

While Dianna gets fun, funky and summery in her yellow dress and black peep-toe shoes.

Kate comes back with a fabulous little dress of her own:

And Dianna takes it to the red carpet and brings the elegance. 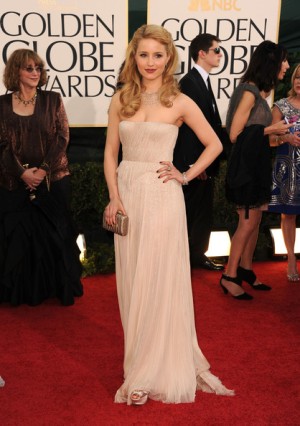 Kate is all about the draping in her Grecian one-shouldered pink wonder of a dress:

And Dianna goes for a draped nude dress, nude purse, and cranberry pumps.

Kate shows us a bit of thigh, a lot of glitter, and one fierce belt:

While Dianna calls upon her dark side in dramatic Vivienne Westwood.

Kate just looks pissed because in spite of her best efforts (i.e., this dress), she was not cast in Black Swan.

And Dianna just looks pissed because that bitch behind her won’t get out of the shot.

Kate glows in head-to-toe black glitter, with sheer panels down the arms:

And Dianna stands out from the crowd in gorgeous pink lace.

Kate gives us the glam in her one-shouldered wonder:

While Diana takes it to a navy blue, loose-fitting place.

Don’t forget to vote in PART 1 of the Sweet Sixteen!