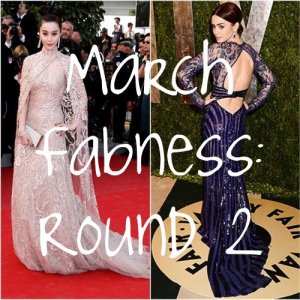 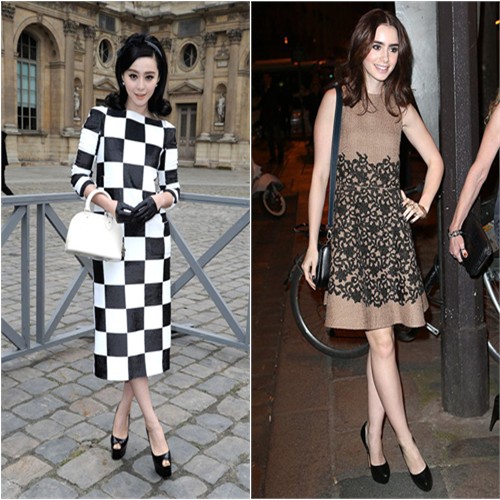 Fan: Looks like our March Fabness battle begins in Paris, Lily. Me at the Louis Vuitton show, you at the after-party – we’re quite a stylish pair.

Lily: I wholeheartedly agree, Fan. Everyone knows only the most glamorous stars get to hit up Paris Fashion Week. 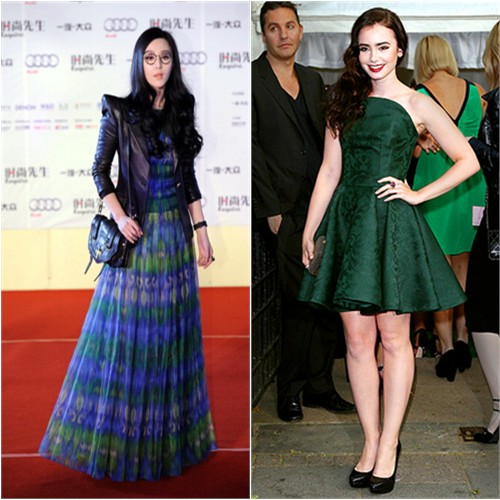 Fan: Too true. And only the upper echelon of fashionistas can pull off these Harry Potter glasses.

Lily: Yeah, it’s pretty much just you and Daniel Radcliffe on that list. 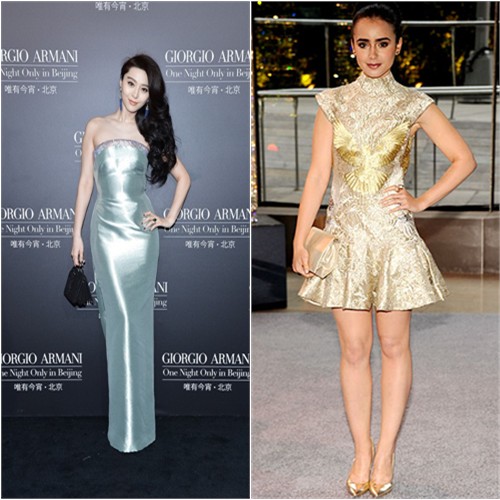 Fan: You’re probably right. And I must say, for someone who has no chance whatsoever of beating me, you’re holding your own in this battle.

Lily: Why don’t you lay that thing down, flip it, and reverse it, because I am about to destroy you. 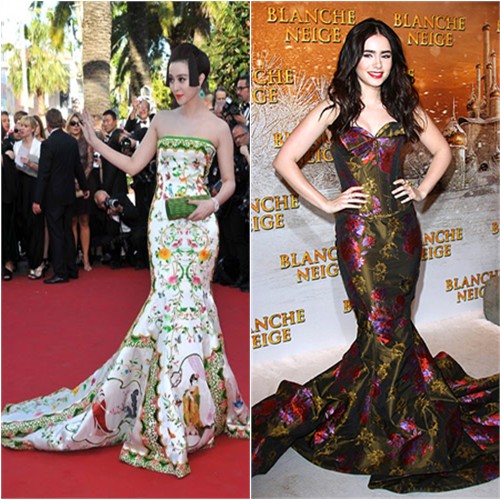 Lily: Costumes? Hardly. Kristen Stewart played Snow White too, and that sour-faced bitch can’t dress for shit. This is all me, baby. 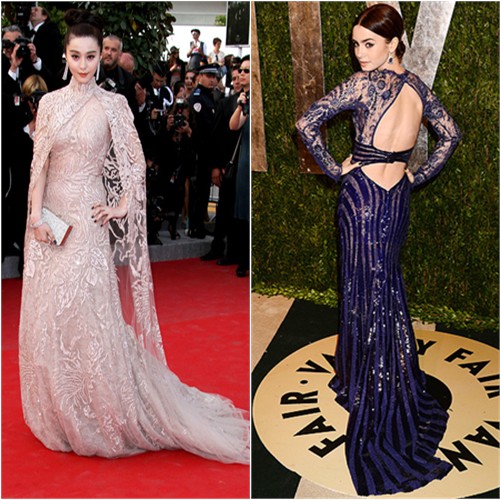 Fan: Well, at least we can agree on one thing – we’re both way more fabulous than Kristen Stewart could ever dream of being. 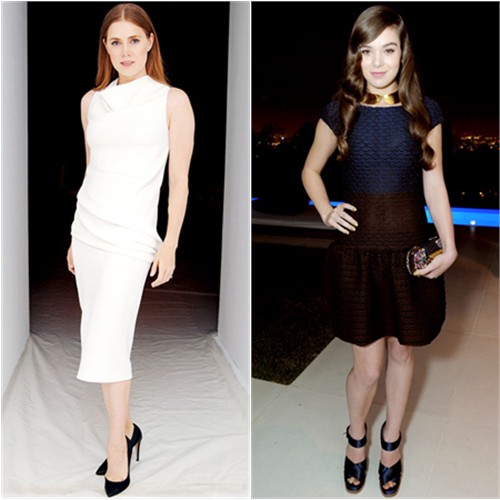 Amy: I swear, I’m not as terrified as I look in this picture. I think I can more than handle a match-up against some sixteen-year-old.

Hailee: Whatever. You’re basically the most boring star on any given red carpet. 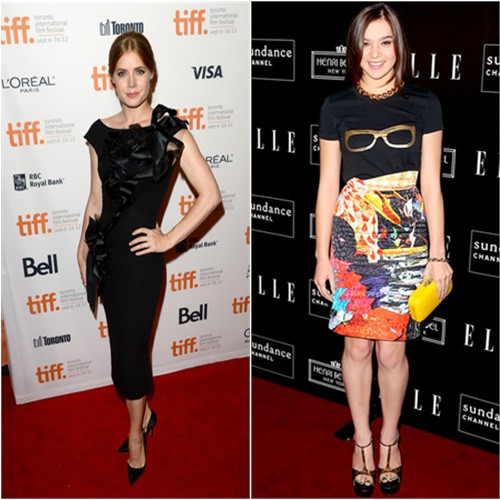 Amy: Boring?! Do you call being wrapped up like a little Marchesa present BORING?

Hailee: Yeah, I do. Especially compared to my silly tee, crazy printed skirt, and platforms. 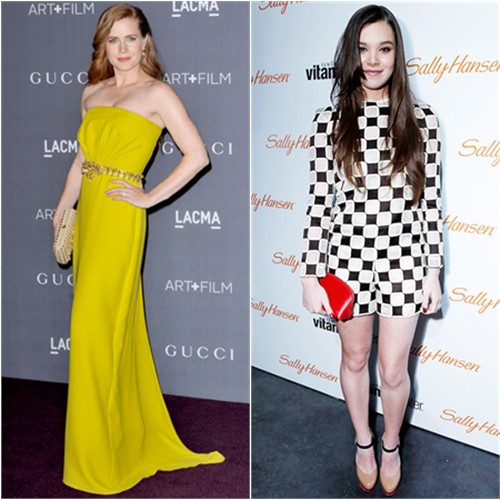 Amy: When you’re older, you’ll look back on your outfits and laugh, just like I’m doing right now.

Hailee: Bitch, please. I look amazing in this romper. And have you seen my black-strapped, nude-toed, red-platformed Mary Janes? These will be fabulous forever.

Amy: No, my mermaid gown will be fabulous forever. You will just have a pirate chasing you because he’s pissed you stole his shirt.

Hailee: And you’ll have birds dressing you in the morning because you are actually indistinguishable from a Disney princess. And I don’t mean that as a compliment. 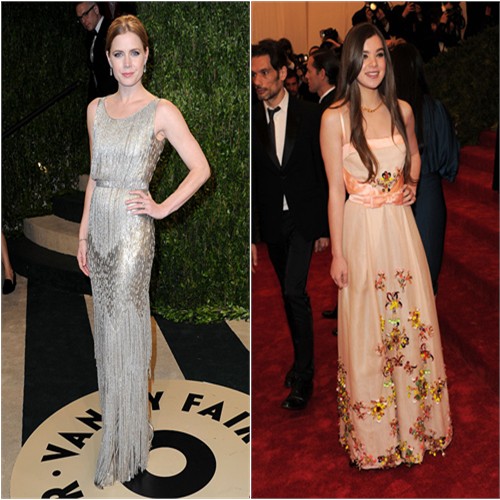 Amy: Oh, I’m the Disney princess? What about you, with your peachy-pink, bow-adorned, flower-embellished gown?

Hailee: Dude, I’m sixteen. I’m SUPPOSED to dress like this. 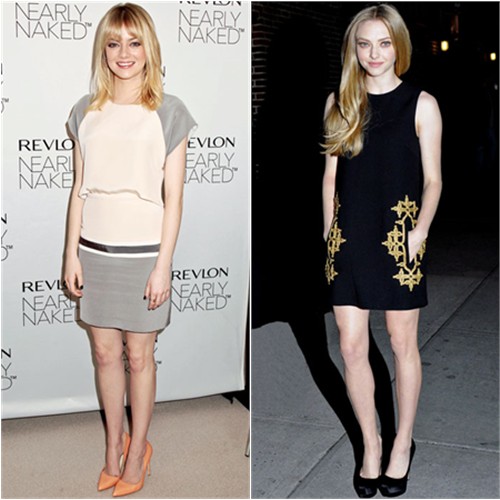 Emma: I have to warn you, Amanda, I was the runner-up in March Fabness 2012 – that Hermione Granger bitch only beat me by a hair. So if you think you can throw on an LBD and some boring pumps, you’ve got another thing coming.

Amanda: Your shirt looks like a bib, Emma, so the trash talk isn’t exactly convincing.

Emma: Do you even own a pair of shoes that isn’t black and gigantic? I mean, you look like you’re on really ugly, stubby stilts.

Amanda: Whatever. You only wish you could rock ladypants as well as I can. 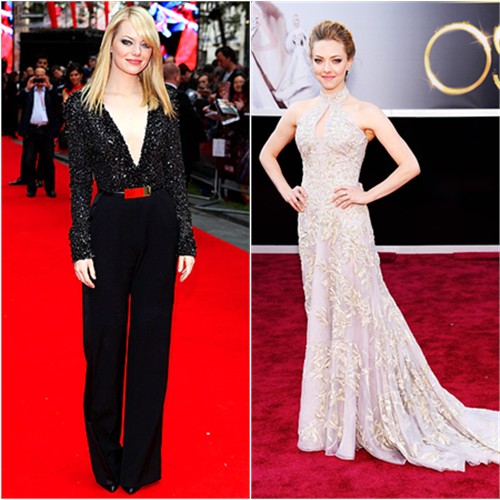 Emma: Oh, yeah? What about these fine ladypants? They sweep the floor with your floor-sweeping gown.

Amanda: Does Liza Minnelli know that you stole her outfit? 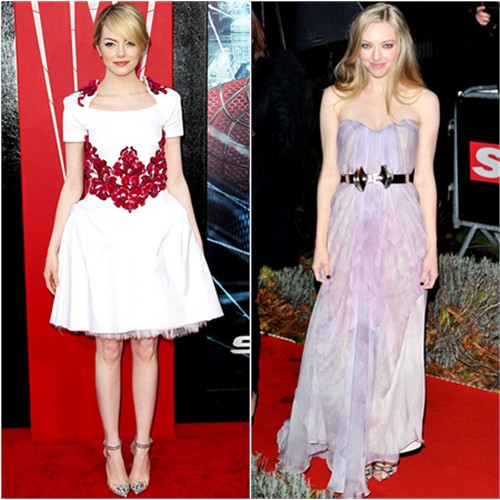 Emma: Don’t start, bitch. You’ll never get out of this battle alive.

Amanda: Please. My bedroom eyes alone are more captivating than your entire personality. 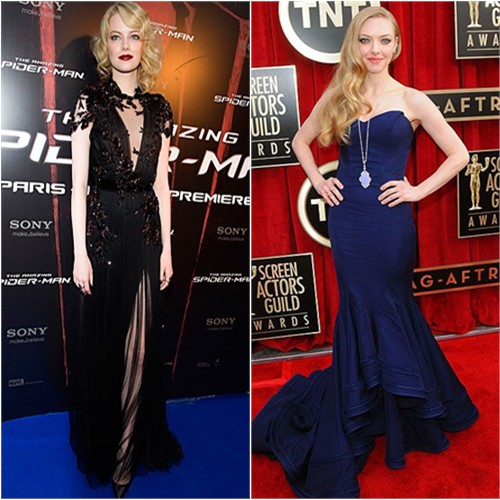 Emma: Fine. Give me your best old Hollywood hair and your most dramatic gown, because this shit is on. 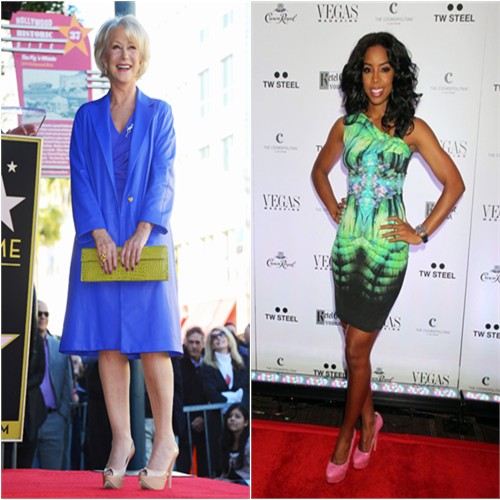 Helen: Hello, darling. Pardon me, but my memory isn’t what it once was – who are you again? 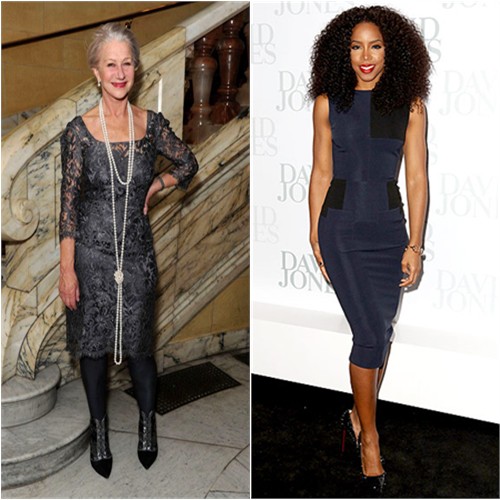 Helen: Which one is that? The girls who sang the “Shoop” song? I liked that.

Kelly: No, um, actually, we were a little later? You know, “Jumpin’ Jumpin'” and “Bills, Bills, Bills,” remember those? Remember “Bugaboo”? 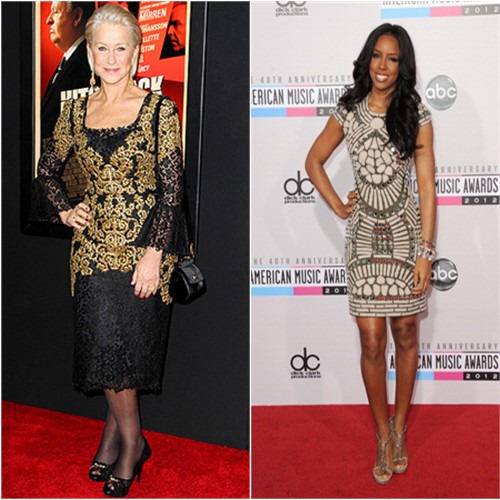 Helen: Oh, of course! That was a lovely song, dear. Dame Judi Dench and I used to sing it at karaoke bars in London all the time. 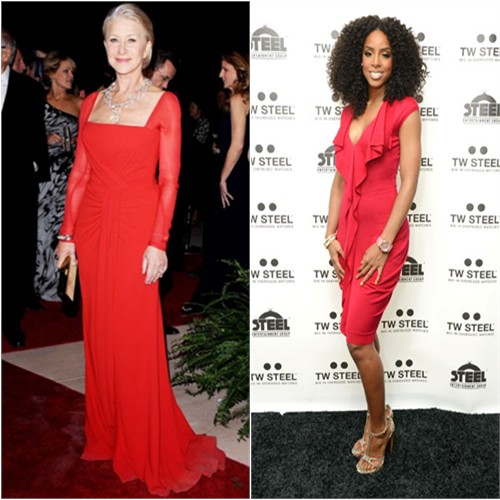 Helen: Well, it was rather popular, you see. And we simply – what’s the phrase? Tore it up?

Kelly: I am sure you did, Helen. I am SO sure you and Dame Judi Dench performed the greatest karaoke version of “Bugaboo” the world has ever seen. 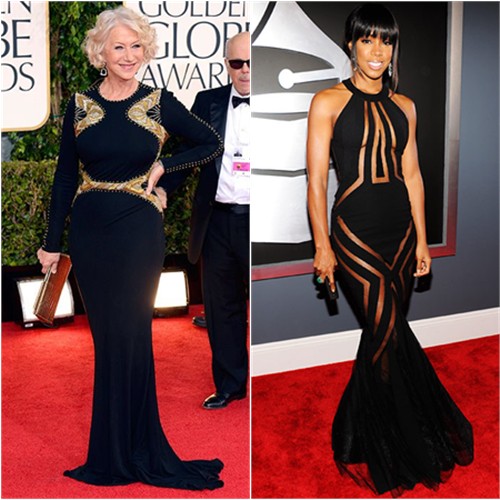 Helen: You’re just too sweet, Kelly, dear. It was a pleasure doing battle with you.

Kelly: You’re my hero, Helen Mirren. That is all.

One response to March Fabness 2013, Round 2: McQueen and Givenchy Brackets