Michelle: From a grown-up hipster to a little hipster-in-training, I must say, you’re coming along quite nicely.

Elle: Thanks, Michelle! You know, it’s harder for me than it is for you, since I wasn’t born till 1998, so I kind of missed all those cool nineties Dawson’s Creek moments that modern hipster wardrobes call back to. 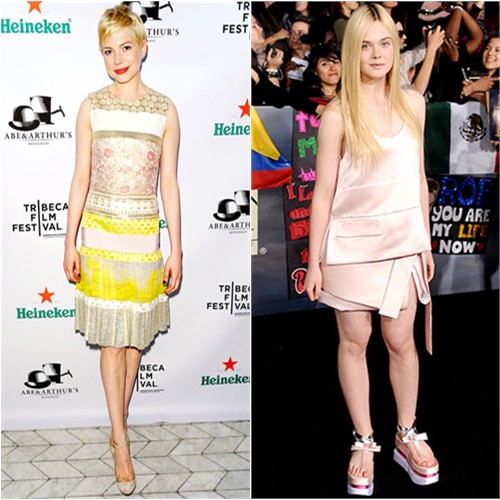 Michelle: First of all, you weren’t born until 1998?! I just threw up in my mouth. Second, I was on Dawson’s Creek, and I can promise you there is nothing about the fashion from that show that should ever be repeated, EVER.

Elle: Really? But Katie Holmes has been dressing in awkward-fitting men’s flannel shirts and peg leg jeans for decades!

Michelle: Yeah, but that’s like, a Katie thing, not a fashion thing. In general, my rule is that if Katie wears it, it’s basically off-limits to all human beings who want to look fashionable.

Elle: Thanks for the tip, Michelle! I appreciate your willingness to impart your decades of fashion knowledge onto me.

Michelle: Ugh, you make me sound so fucking old, Elle. Here’s another tip – don’t remind an actress how old she is, or she’ll stop giving you tips.

Elle: Don’t worry about it, Michelle, you look amazing for 32! No one would ever be able to tell that you’re old enough to be my mother. 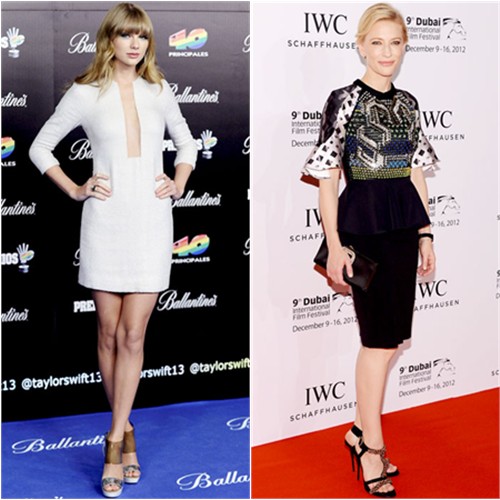 Taylor: Hi, Cate! I see you got my memo about wearing architectural dresses and absolutely fabulous shoes.

Cate: Do you really think I base my wardrobe on memos from some boring little pop star? Bitch, PLEASE.

Cate: Yeah, that’s what I thought. Too boring to even think of anything interesting about yourself. Nice try, Taylor, but there’s only one real fashionista here.

Cate: I’ll take a fashionable pelvic cast over your boring Disney princess wardrobe any day of the week, honey.

Cate: Um, yes, they definitely do. And as a woman who wears McQueen, I wouldn’t be caught dead in half the shit you wear on a daily basis. 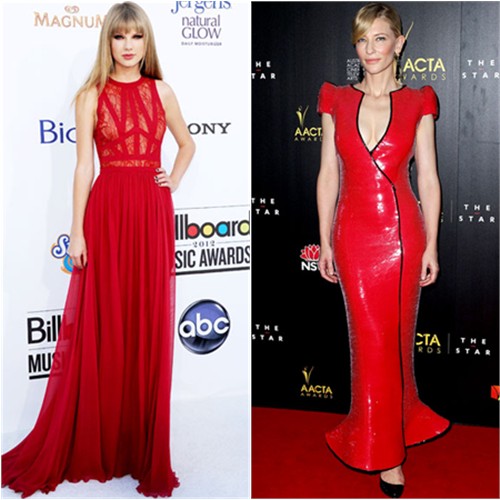 Taylor: Fine. The mermaid waves are gone, the blunt bangs are here, and what I’m wearing is red and lacy and recognizes the fact that I have breasts. Is that enough for you?!

Cate: Darling, you could show up in a gown custom-designed by a back-from-the-dead Coco Chanel and I’d STILL be more worthy of conversation than you are.

Emma: As much as I love March Fabness and the dear readers who participate in it, I’m finding all of this rather exhausting. Wouldn’t it be so much faster to just skip all this and name me the winner now?

Nicole: Don’t start, Emma. There’s been a Harry Potter marathon on ABC Family, so I’ve already spent the last three days with you bitching at me nonstop. Like, Malfoy is OBVIOUSLY A DEATH EATER SO STOP TELLING HARRY HE’S NOT, YOU KNOW-IT-ALL BITCH.

Nicole: … are those actual projects? Because that sounds like some of the worst shit I’ve ever heard.

Emma: Says the woman who literally PEED ON ZAC EFRON in a movie this year.

Nicole: Yes, I did, and I’m proud of it! Let’s be honest, anyone who suffered through High School Musical 2 has thought about pissing on Zac Efron at one time or another.

Emma: That’s actually an excellent point, Nicole. You know, people call you an ice queen, but I actually find you refreshingly approachable.

Nicole: Good lord, I hope that’s not true. I’ve always prided myself on my ability to destroy mere mortals with one ice-cold glare. 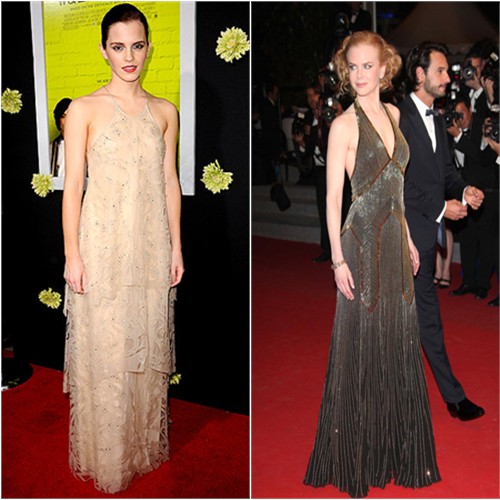 Emma: Um, unless you’re a basilisk, I’m pretty sure you can’t kill someone with a glare.

Nicole: And those will be your famous last words, Miss Granger, because these looks can kill.

Camilla: I have to say, Eddie, if I were a guy, I would dress literally exactly like you. I’m just obsessed with your wardrobe.

Eddie: Thanks, love! And if I were a girl, I’d dress exactly like… Diane Kruger. 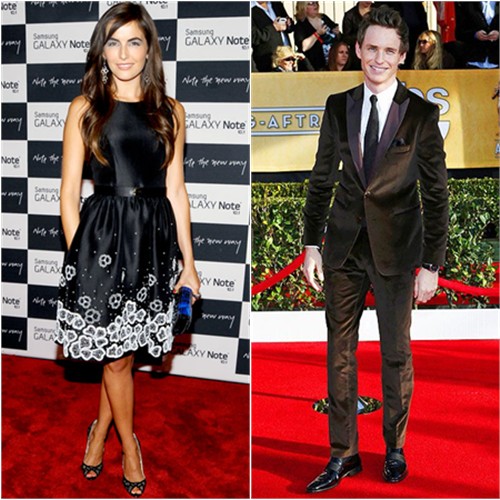 Camilla: But… don’t you want to dress like me? I have plenty more floral cocktail dresses in my closet, you know.

Eddie: Yeah, that actually doesn’t surprise me. And by the way, I’m pretty sure I have better taste in shoes than you do.

Camilla: Just because you have that charming English accent doesn’t mean you can keep saying mean shit to me and have it sound polite, asshole. My gold metallic Loubs are to DIE for.

Eddie: I’m pretty sure those Loubs already died five years ago, right along with the trend of wearing shoes that almost-but-not-quite match your dress. 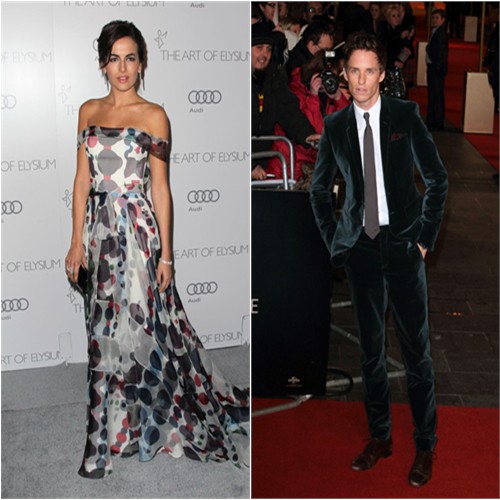 Camilla: What is your damage, Eddie? If you’re so fabulous, why do you have to be so mean to me?

Eddie: This is March Fabness, Camilla. I don’t know what little hole-in-the-wall fashion competitions you’re used to, but March Fabness is a fashion battle TO THE DEATH. You want niceties, go to some shittier blog.

Camilla: You want a battle to the death? You fucking got it. My burgundy lipstick alone is most stylish than your little toy soldier tuxedo.

Eddie: I’ll have you know that this “little toy soldier tuxedo” has gotten me laid PLENTY of times, Camilla. I don’t need any more of your sass – let’s end this now.

Respond to March Fabness 2013, Round 2: Prada and Versace Brackets