LUPITA: Can we get this over with?

FELICITY: I’m sorry, do you have someplace better to be? 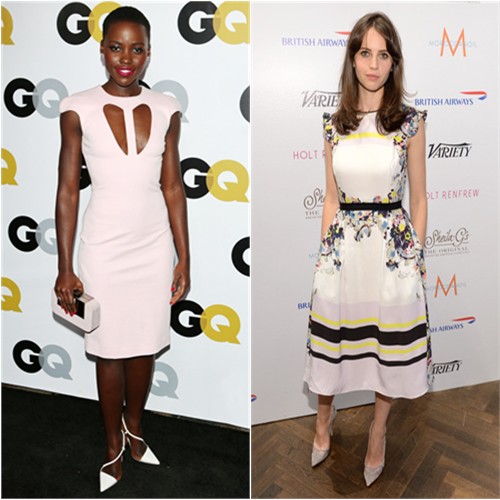 FELICITY: Oh, yes, I can imagine such a life must be impossibly hard to live. Get over yourself.

LUPITA: I was just hoping to squeeze in a nap this afternoon, since I’m not sleeping for the next forty-eight hours, that’s all. God. Jealous much?

FELICITY: How dare you! An Oscar nom (and probable win), a Golden Globe nom, a SAG Award win, and suddenly you think you’re all that?

LUPITA: Absolutely not. I’ve always been all that; these are mere accolades.

FELICITY: Hear, hear. I couldn’t care any less about that sort of thing, as long as they still let me into the Met Gala.

LUPITA: Well, as long as we’re in agreement that it’s what you wear and not what you win that counts.

FELICITY: Cheers to that, darling.

NAOMI: I should tell you, Olivia, that red lipstick looks a little tartish to me.

OLIVIA: Tartish? What are you, my grandmother? Also, I’m surprised you don’t fall flat on your face from the weight of those garish earrings.

OLIVIA: How dare you! Ombre hair was in last year! And I’m pregnant, my roots are allowed to grow in according to the Official Rules of Hollywood Haircare. 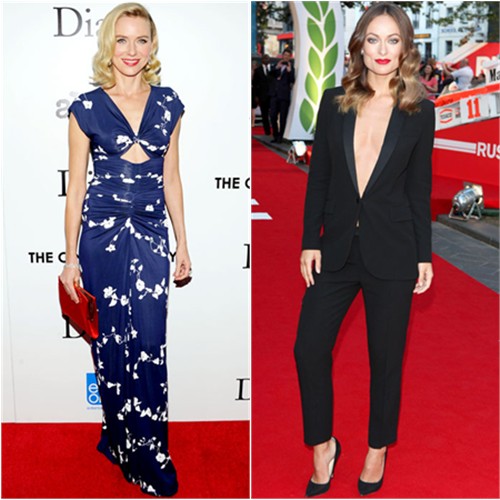 NAOMI: Fine. But I’d love it if you could find your own style – matching black dresses was one thing, but sternum-baring is my thing.

OLIVIA: First of all, calm the fuck down. Second, if sternum-baring is anyone’s thing, it’s Lea Michele’s thing, and everybody knows it.

NAOMI: Oh, and I suppose you’re not wearing white now just to show me up?

OLIVIA: Honey, it’s not your wedding day. Other people are allowed to wear white.

NAOMI: Well, this is awkward. I wouldn’t have trash-talked you so hard if I knew I was going to bump into you at the Golden Globes.

OLIVIA: Not a worry, darling. I’m too busy glowing like the fertility goddess I am to even notice that you’re here.

MIRANDA: So? TELL ME!

MIRANDA: Don’t even joke! Did you two split up? Did you move to California? WHAT’S GOING ON WITH SALLY? 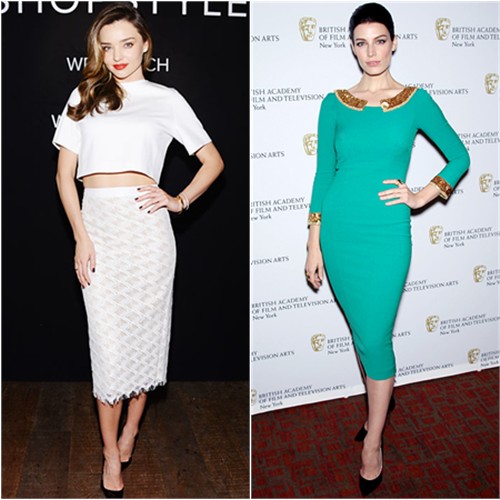 MIRANDA: I will absolutely NOT get a grip! I command you in the name of all that is fashionable, tell me what the fuck happens next on Mad Men.

JESSICA: You know Matthew Weiner would have me publicly executed if I so much as breathed a word of the script, right?

MIRANDA: I know, it’s just been SO FUCKING LONG since your show has been on the air, and I care way too much about Sally Draper to wait this long without hearing about her.

JESSICA: That’s a common problem, actually. Pretty much everyone is deeply emotionally invested in the plight of Sally Draper.

MIRANDA: Well, that’s a relief. So, does Kiernan Shipka ever take you shopping with her?

JESSICA: Don’t you just hate being photographed on the street? It’s like, look how completely unprepared to be photographed I am.

ROSIE: Are you shitting me? You’re a living, breathing Ralph Lauren ad. 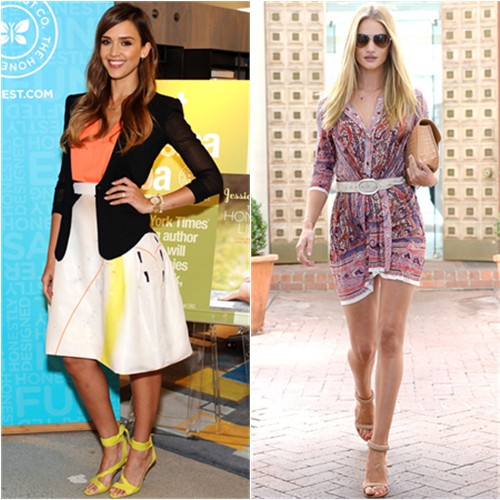 JESSICA: Look who’s talking. You call that street style? That photo is so staged, it looks like you’re in front of a green screen.

ROSIE: Excuse me? I’ll have you know, I woke up like this. 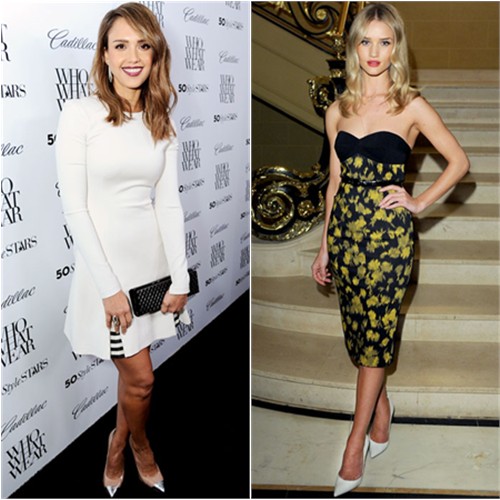 JESSICA: How dare you compare yourself to our lord Beyoncé! You should be ashamed of yourself.

ROSIE: Oh, are we allowed to use her name now? I’ve been calling her She-Who-Is-Too-Fabulous-To-Be-Named.

JESSICA: Well, I suppose that’s respectful, but it does take an awfully long time to say. Now shut up while I concentrate on smiling, or my head might explode.

ROSIE: I find that the more leg I show, the less I have to worry about things as common as smiling. 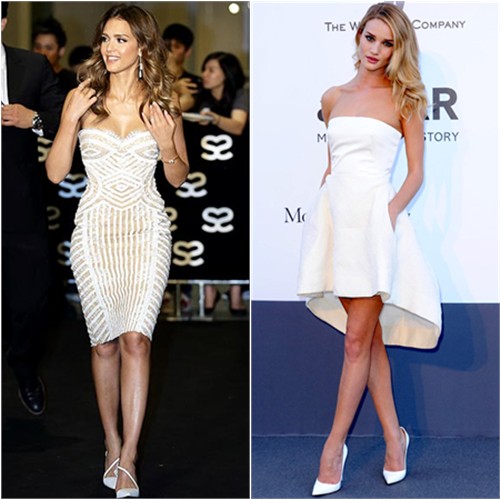 JESSICA: Fine, I’ll play along. But only because nothing is better than a little white dress with little white pumps.