Ah, the People’s Choice Awards. So many D-list celebrities in Z-list outfits, so little time. Let’s dig in.

Okay, the PCAs are a pretty casual red carpet event, but this ugly potato sack is only appropriate as a beach coverup. For a six year old. That makeup looks like it was done by a six year old too.

Generic poofy cocktail dress with ugly draping. And Emma Roberts always looks so washed out. I love the pale sisters, but there’s something frighteningly gray about her skin tone.

Possibly my favorite Katy Perry photo of all time. I’ve been coming around to Katy lately – certainly not as a singer, but somewhat as a fashion icon, and I think this Betsey dress is totally adorable. Splattered paint is trendy this season, and this dress is colorful and funky, which is how all pop stars should dress. And it seems to actually fit her, unlike most things she wears. It’s very Disney Princess on Acid, which I think sums up Katy’s aesthetic pretty well.

This is probably the most beautiful Kristen Stewart has ever looked. The dress is a simple Hollywood starlet look, but Kristen rarely goes that route, so it’s actually a bit refreshing on her. The hair and makeup are very glamorous, and she’s finally realized the golden rule: you’re never fully dressed without a smile.

Diva’s Prediction: Because of Black Swan, ballerina chic is going to be super-trendy this year. Taylor looks stunning in this peachy little number, and when you’re an Amazonian skinny blonde bitch, ballerina-style dresses with soft and flowy little skirts work pretty damn well. The red lipstick was a great choice.

Selena’s first dress of the night was a big fat NO. I’ve said it before, and I’ll say it again: Adding one stupid detail to the world’s most basic dress does not make it interesting. That ruffle is absurd. But luckily, Ms. Gomez had a costume change… 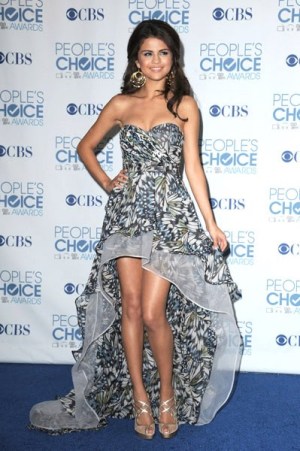 … And fucking nailed it this time. She’s wearing Irina Shabayeva, of Project Runway fame, and although I’ve never liked Irina, this dress is pretty great. I’m generally not a fan of mullet dresses (short in the front, long in the back), but Selena looks so effortless and glamorous that it’s hard to deny her this one. I love the use of that print in the lining of the skirt, I love the shoes (also a bit ballerina-chic), and Selena looks sexy but age-appropriate.

What an awful shape. Why choose a dress that makes you look like a box? And I know the camera angle is bad, but I think those Mary Janes make her look stumpty. 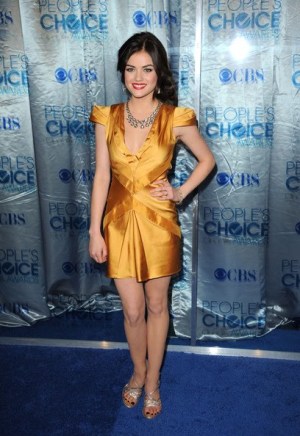 It’s Robin Scherbatsky’s little sister! The dress looks poorly constructed, but the color is beautiful, and it’s refreshing to see a young D-list star at least attempting something original on the red (or in this case, blue) carpet. But CHANGE THAT TOENAIL POLISH, BITCH! It’s distracting. Oh, and a gold dress with silver shoes is a no-no.

Okay, Raven. We get it. You’re all grown up. Now will you stop with the thigh-high boots and exposed bra?

Probably the worst Ashley Tisdale has ever looked. She always gives off a sort of unsettling Miss Piggy vibe. This is Miss Piggy in Miami after a fake tan, eating a very sour lemon. 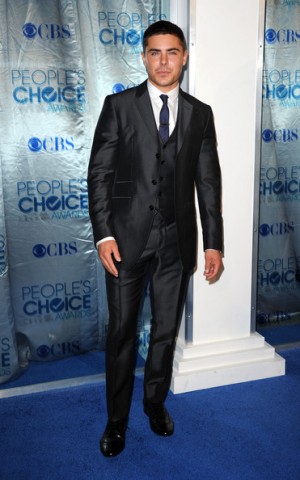 Apparently all the High School Musical stars looked like shit last night. If I didn’t know better, I’d swear this photo was of some Jersey Shore reject. The suit is okay (if far, far too shiny), but that haircut is a mess and his eyebrows look ridiculous. You’re single now, Zac. Go find yourself a nice boy, grow out your hair, and settle down.

Eat a sandwich and put down the coke spoon, AnnaLynne.

This might be passable if it were a few feet shorter, but this is just a sparkly witch goddess hot mess.

For Kim, this is downright demure. I like the print, though I think the slit is totally unflattering. But at least only 1/3 of her breasts are exposed. That’s a start. The amount of makeup she always wears is just absurd – I’ve seen pictures of her without makeup on, and she’s actually quite beautiful (unlike some Kardashians, who will remain nameless). There’s no reason to paint on a new layer of face every day, Kim. Have the confidence to scrape off that pancake and show us your real face.

Probably the best Khloe has ever looked (not that that’s saying much, since she’s a hot disaster). The dress is flattering to her figure, and the color is soft and beautiful. She’s rocking that new hair color and I like the little animal print on her purse. 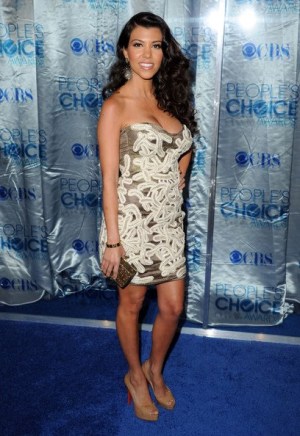 Ick. That print is just confusing, and the shoes are just a slightly different color than the dress, which is driving me nuts.

I think Malin Ackerman might be the least talented D-list actress ever, but she actually looks super fucking cute here. Can’t go wrong with a blonde in a white dress with red accessories. Pretty damn adorable, if a bit Dorothy-esque.

TV’s second hottest mom (sorry Julie, but co-star Sofia Vergara’s got you beat) looks beautiful as usual. Even Claire Dunphy is going a little ballerina chic. Radiant as usual and that pink is gorgeous. 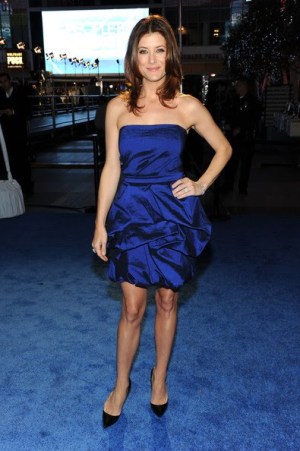 The queen of boring dresses. What a sad color. Those bracelets are hideous, and stick-straight hair went out of style almost a decade ago. But I’d punch a kitten for those shoes.

Sorry, Queen Latifah, I can’t hear you, because YOUR DRESS IS SO FUCKING LOUD.

Handsome, but nix the sneakers.

Kurt, we love you, but wear a tie or a jacket, please.

Hottest man in the worst outfit ever. As mismatched as can be. Idina must be busy with the baby, because I know that fierce bitch would never let Taye out of the house like this.

Did Kathy get even more work done? This bitch is going to look like Heidi Montag soon if she’s not careful. I love the top half of this dress – unique color, perfect fit, interesting silhouette – but the bottom just hangs there, wrinkled and sad.