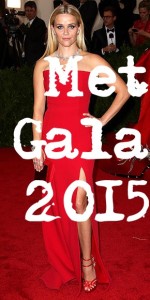 I mean, you knew this post was coming, right?

These two actually look really lovely, but they weren’t quite excellent enough for the Best Dressed post. So, sorry, Hannah and Eddie, but I guess that makes you basic. Better luck next year.

Ill-fitting lace and a messy bun? Yup, you’re basic. (And I should know. I LIVE in a messy bun.)

I’m fairly certain Uma Thurman hasn’t stopped wearing this dress since the Pulp Fiction premiere. I like the cut, and the jade earrings, but WHATEVER WHO CARES I’M BORED. Also, that nest on top of her head is problematic.

I hate those sliced-open sleeves. I think they’re hideously unflattering on just about everyone. And I also think Emma just needs to deal with her roots and go brunette already. I have never once looked at that head of hair and thought, “Yes. That’s how things should look.”

YOU ARE SO MUCH BETTER THAN THIS, HAILEE. I’m very happy that you’ve had such a wonderful time at your Bat Mitzvah, but you’re going to have to put in a lot more effort than this if you want to play with the big girls.

Cute fan purse, awesome cocktail rings, but no accessory is powerful enough to bring this dress up to Met Gala standards.

Does everyone in Hollywood have super-sweaty shoulders? What is the meaning of this trend?!

Too much makeup. Not enough anything else.

Congratulations, Jessica! Your flat-forms have qualified you for the position of Senior Undersecretary of Basic Bitchiness. You must be very proud.

Oh, wonderful. Now Lena Dunham’s drunk-preschooler style is rubbing off on the rest of the Girls cast. That’s definitely what my life needed more of – giant puffy skirts and precious doll-like blush on grown-ass women.

BAD REESE. BAD. Bad hair, worse makeup, awful shoes, and I can’t even bring myself to care about a gown as basic as this one.