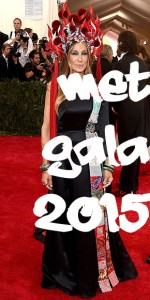 Okay, let’s do this, because the Met Gala was like a hundred years ago and we REALLY need to get some bitching done.

I need to take a really deep breath or maybe a Xanax before we tackle this one, so, give me a moment, please.

Okay. I KNOW I am aggressively pro-theme-dressing for the Met Gala. (For evidence, see literally all my other Met Gala posts.) But even the Democracy Diva has her limits, you guys. And her limits are TASSELLED HEADDRESSES MADE OF FABRIC FLAMES. She looks like a chandelier at an Atlantic City casino, for God’s sake. Or maybe this is the crown Daenerys Targaryen is going to wear when she finally gets her ass on the Iron Throne. Either way, WHAT IN THE ACTUAL FUCK IS HAPPENING HERE?

Here is your annual reminder that the Olsen twins are still the worst. (But I do have a new Elizabeth and James silk tank top that I got majorly discounted at Nordstrom Rack, so I guess I like them a little bit.)

Vanessa got lost on the way to the Gatsby-themed Met Gala.

I think her facial expression tells you everything you need to know, and it also mirrors my exact emotions right now.

Vampires are, like, SO five years ago, Rita. We’ve already been through like three other supernatural trends since then. Where is your werewolf gown? Why did you breeze right by “zombie chic”?

Isn’t this the same haircut Katie gave her daughter when she was like, three years old? That can’t be a good sign.

Sideboob tassels. I repeat: SIDEBOOB. TASSELS. Isn’t that a felony? It should be.

STOP DRESSING LIKE THIS IS A DISNEY MOVIE PREMIERE. THE MET GALA IS TOO IMPORTANT FOR YOUR BULLSHIT.

DAKOTA JOHNSON
dress and purse by Chanel, shoes by Bally

I’m incapable of separating Dakota’s fashion choices from her decision to star in the most god-awful rape-culture-promoting garbage movie of all time. But even if she wasn’t the worst character in the worst story based on ANOTHER worst character in ANOTHER worst story, I think I would still hate this outfit. And her hair. And her crooked eyeliner. And pretty much everything else about her.

This is the worst thing to happen to Olivia Pope since… well, basically everything that happened on this godforsaken season of Scandal.