Are you all caught up on Part 1? Good. I hope you’ve stretched. . 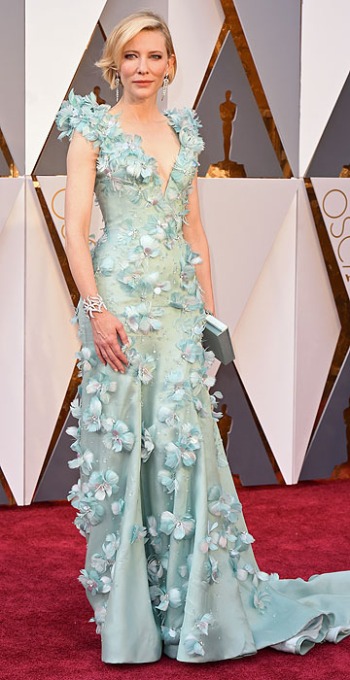 Cate Blanchett is not human. She is a goddamn magical woodland nymph masquerading as an actress. GAG ON HER ETHEREAL FLORAL EMBELLISHMENTS. No creature in the multiverse does it better. 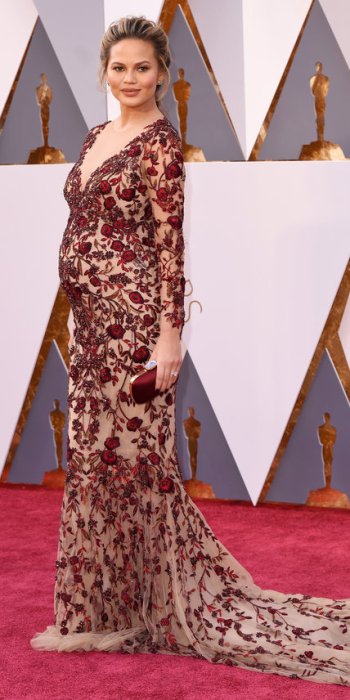 I have no words. Only gifs.

This photo absolutely does not do this gown justice- it looks grayish here, but it’s more of a very pale seafoam green, and it matches her eyes perfectly. A close-up, for proof:

I mean, that is pure magnificence. The red hair, green eyes, and matching gown would have been more than enough, but adding those light green earrings and the diamond necklace was genius. Go on and get it, Lady Sansa. 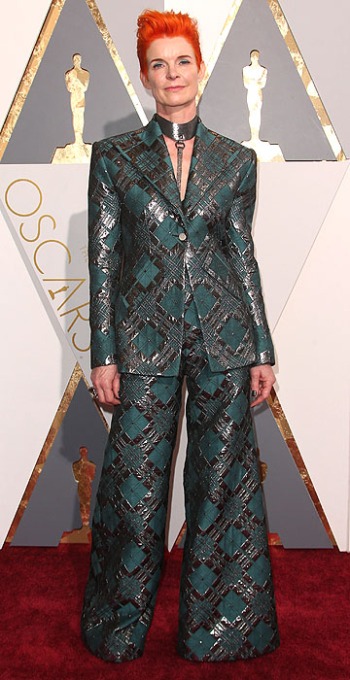 Remember when the E! red carpet so-called fashion commentators told us this was Tilda Swinton? And spent a few minutes discussing the outfit without noticing it was Bowie-inspired? It’s really shameful that anyone ever gave Giuliana Rancic a microphone, let alone Kris Jenner. God help us all. Anyway, costumer Sandy Powell is my patronus. That is all.

Three cheers for the soon-to-be-mamas on the red carpet: between Emily here, Chrissy above, and Anne Hathaway at the after-party (don’t worry, that post is coming), the pregnant starlets brought out all the stops. I might have loved this even more in a more interesting color, but I dig the silhouette. And the embellished straps are my favorite.

I kind of resent J.Law for not walking the red carpet. But maybe she’s as tired as we are of seeing herself in dramatic Dior gowns that don’t really suit her. She just looks infinitely better when she steers clear of fussy, romantic gowns and sticks to things that are modern and forward-thinking. It’s not that she doesn’t look beautiful – it’s just that someone needs to get her out of this goddamn Dior contract already.

Okay, there are certainly more interesting gowns out there than this one, but I promise you, Kate Winslet hasn’t worn one in at least a decade. It was nice to at least see her try out this liquid-metal-looking fabric, even if the silhouette didn’t veer much from her usual gowns.

Brie Larson’s fashion game varies quite a bit, but she tends to keep things interesting, which I always respect. I hate this belt, and I’m not crazy about the pleated ruffles all over this thing, but at least she didn’t bore me. And the color is magnificent.

This one makes me sad, because the dress is SO fantastic, but virtually every other detail was an egregious error. The purse and necklace and lipstick belong with three different outfits (and none of those outfits are the one she’s wearing). And I simply cannot understand why anyone would voluntarily wear their hair like this. The color is terrible for her skin tone, and the cut is batshit. And not the cool batshit that the young kids are getting away with. This is old-school, why-is-this-happening batshit.

Is it a collar? Is it a choker? Either way, I think it’s clearly a terrible idea. Also, this very weird-looking gown only gets stranger from the back: 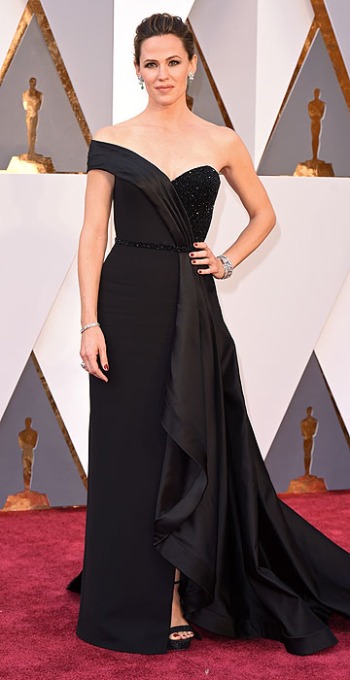 Welcome, ladies and gentlemen, to the 2001 Oscars! 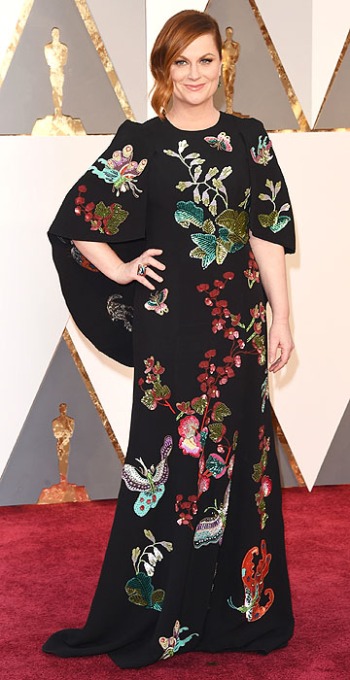 I love things that are off-beat and weird, but this doesn’t actually feel anything like an Oscars gown. It’s not that it’s casual, per se, it’s just completely out of left field. Is that one loose sleeve and one caped sleeve? And isn’t this kind of a strange combination of blossoms, leaves, butterflies, and unidentified flying objects? 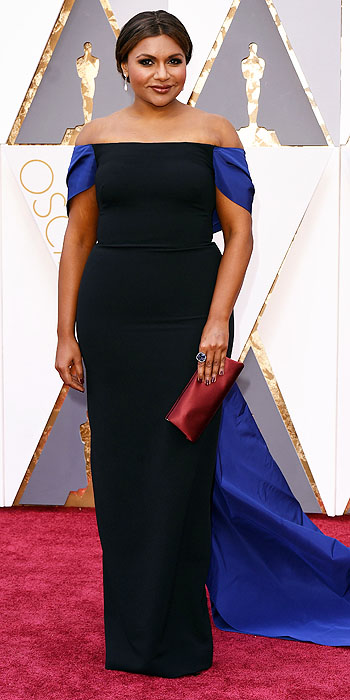 I went back and forth between loving and hating this all night. I wanted to see her in an interesting and bright color, but I dug the off-shoulder sleeves. I’m not a fan of the train, but then Mindy turned around and revealed… 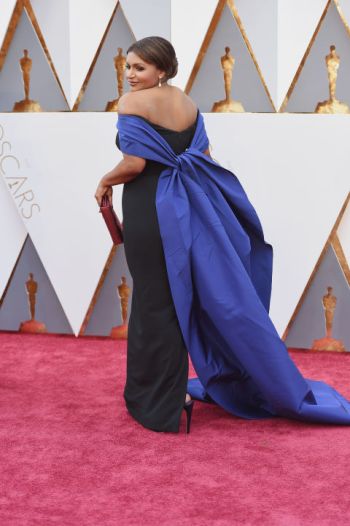 …. uh, whatever this is. I was initially shocked, then in love, and now that love has cooled to a lukewarm feeling of strangeness. Help me out, divas. What do you make of this thing? 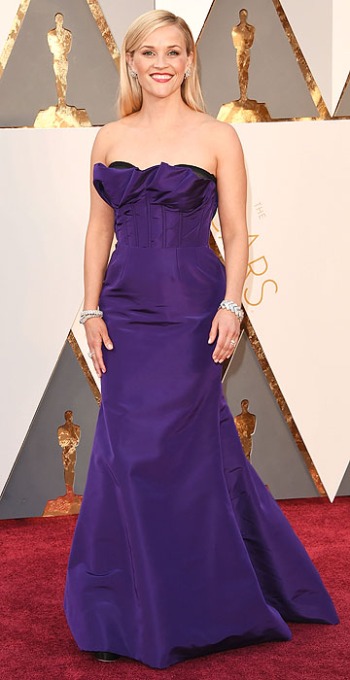 Well, if she gets hungry, she can always hide some snacks in those boob lumps.

About once or twice a year, words fail me. I find myself utterly speechless, and every time it happens, it’s because Heidi Klum has decided to attend a major awards show. But since a picture is worth a thousand words, and a gif is worth a thousand pictures, I think my only possible response to this dress is:

That’s it for the main event, but I’ve got 3 (yes, THREE) posts full of after-parties fashion in the works for you. Check back soon, divas!