Welcome to the best, brightest, and whitest night of the year!

She dressed to win. Literally. You cannot wear a gown like this and not win an Oscar. In fact, the name inside the Oscars envelope actually changes as soon as a woman puts on this gown. I would have won the Oscar if I had worn this gown. THAT’S HOW FUCKING GOOD THIS GOWN IS, YOU GUYS. 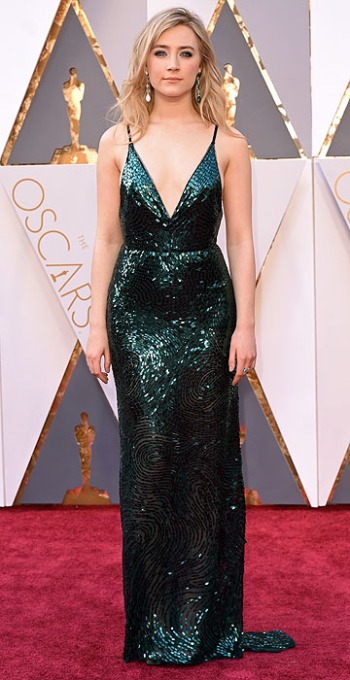 Glam and sexy without giving off that thirsty vibe. The emerald color is a dream on her, and the perfectly tousled hair is to die for. Let’s get another angle for the full effect: 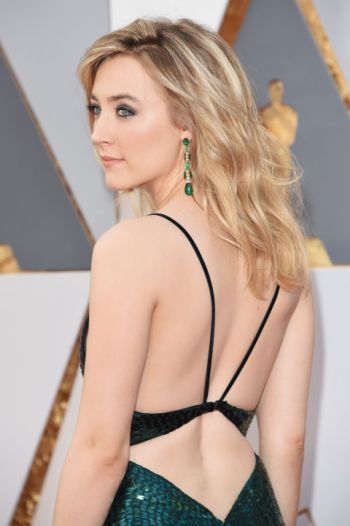 Her eyes match her makeup, earrings, AND gown. That is some breathtaking coordination. And I love that the back of this gown is – well, my first instinct was to say “a sexy little surprise,” but that sounds like bad Cosmo copy. But it is surprising, and sexy, so, go Saoirse.

The boy wore velvet, and looked delicious doing it. And in the 80 degree heat, no less. Also, I love him the most, and when it comes to fashion, he can do no wrong.

It’s not the first floral-embellished semi-nude gown I’ve seen recently, and it won’t be the last, but at least she’s bringing her A game. The studded belt, matching purse, and white jewelry make her look like some other-worldly snow goddess, instead of like a bride who got lost and ended up on a red carpet.

Tina Fey is wearing a color! And an interesting color, no less! Hallelujah for this shade of royal blue, and the almost-but-not-quite matching sapphire necklace. This was spectacular.

Old school glam, but a little bit underwhelming. The only modern touches are the double-straps, which are not one of my favorite trends. Mostly, I just can’t get too worked up over Charlize in another lovely but predictable red gown.

Okay, this is pushing it – it’s approaching clown territory, with the flower-tie that looks like water might squirt out of it if he presses a button, and Hostess cupcake shoes. But fuck if it wasn’t a relief to see our dear Jared being his weird and wonderful self amidst a sea of basic black tuxes. 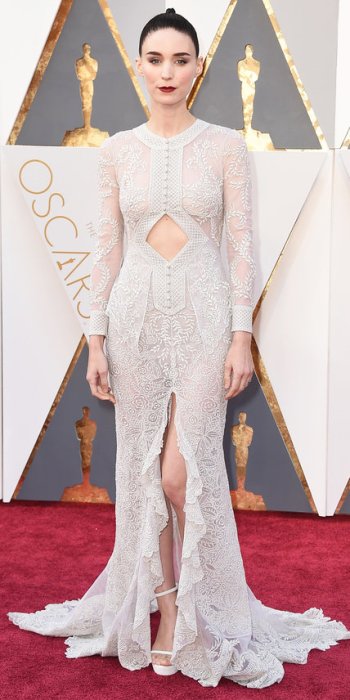 Oh, should I get all excited, because it looks like there just might be some slate gray mixed in with the white in this gown, and for Rooney, that’s like wearing a rainbow? (Honestly, I kind of did.) I love the sleeves, but that upper-tummy cut-out is just the worst thing to happen to a Mara since Kate got pushed under a metro train. Also: platforms? Why?

I feel like Olivia is inching closer to convincing me she’s not boring (on the red carpet), but she’s just not quite there yet.

This could have been worn at any Oscars over the last 30 years. That might sound like a compliment, but I don’t mean it as one. 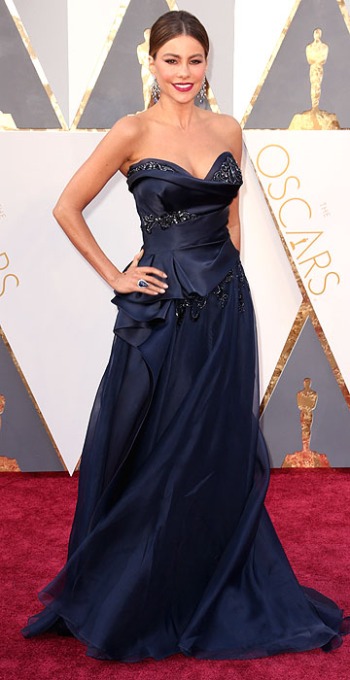 I guess I should just be praising the heavens that it’s not another goddamn mermaid gown.

The gown isn’t the most interesting thing in the world, but she could have elevated it with better styling. Instead, Margot went for unwashed, uneven hair and the world’s least necessary purse.

I convinced myself I liked this for at least a few minutes, but honestly, I can’t get over those panels that make it look like her tits are manic depressive. 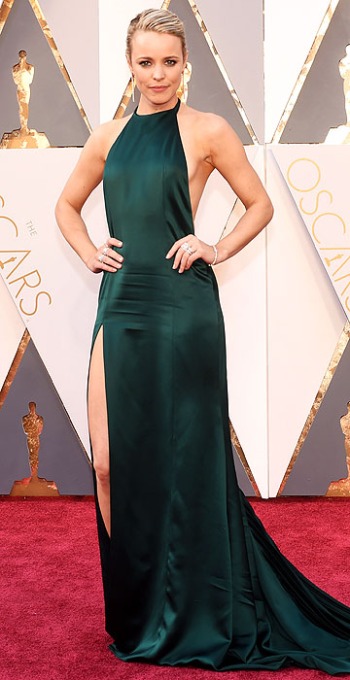 Forgettable. And wrinkled. Regina George would be ashamed.

It’s not really that this dress is so terrible – it’s that it really could have been a good dress, and then someone just cut a foot off the bottom, tacked on some sheer shit, and threw Daisy out of her moving limo. Also: are peplums over yet? It’s like two years past the time that peplums on the red carpet should have stopped being a thing.