My laptop is sort of working again! Let’s celebrate by continuing to be judgmental bitches!

Janelle Monae. How do I begin to explain Janelle Monae? Janelle Monae is flawless. She has two Fendi purses and a silver Lexus. I hear her hair’s insured for $10,000. I hear she does car commercials in Japan. One time, she punched me in the face. It was AWESOME.

Just in case you, like me, have no idea who the hell this is, Olivia Culpo is a Miss Universe winner and also used to date Nick Jonas. I have no idea how that leads to an invitation to the Golden Globes, but I’m so very glad it did, because she TORE THIS RED CARPET UP. I always give props to the women who wear bold prints to awards shows, when so many of their colleagues show up in easy-to-wear, easier-to-forget solid-color gowns. And this print? From florals to geometrics to what appears to be a technicolor Mediterranean village? This is a fucking PRINT, y’all. 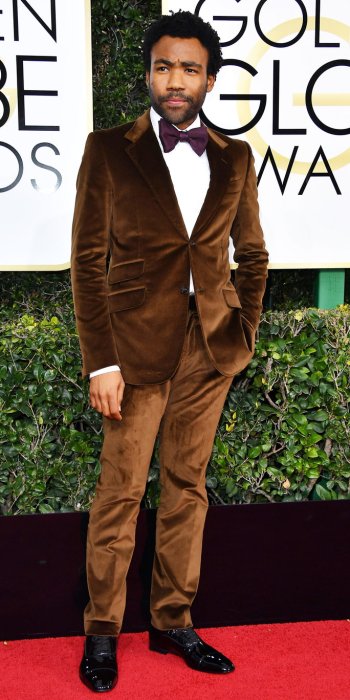 It looked miles better on TV, but even so, I adore everything about this. This is the only Donald I need in my life. 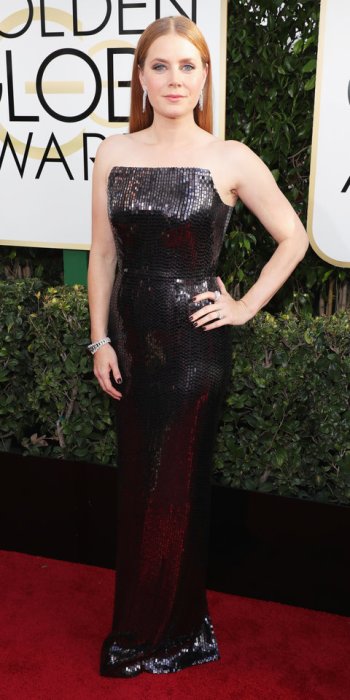 The shape of the neckline is just fascinating. I love the not-quite-black, not-quite eggplant color. The texture is gorgeous, and the styling (nails! jewels!) is simply beyond. I’m never a fan of stick-straight, center-parted hair as a concept, but the minimalism of it works very nicely here.

I adore everything north of the knees, but the bottom of this gown veers into the ridiculous. Cut off six inches of width and poof, and I’d be a happy camper.

I am TOO obsessed with Millie and her damn near perfect fashion sensibilities. Also, why is there not already a film in the works where Millie Bobbie Brown and Emma Watson play sisters who are also spies? THE WORLD NEEDS THIS FILM. TAKE NOTE, HOLLYWOOD.

The bottom of this dress is downright stupid, but Thandie is so lovely that she almost pulls it off. And the shape of that neckline paired with this necklace is straight-up phenomenal.

I can see a universe in which this would have worked, but the silhouette is just a little too off. I’m sure the extra-wide neckline was on purpose, but it still looks like the straps are just going to fall right off her shoulders. And the embellishments are a little too Lite Brite for me.

A pretty cool dress, but the styling is a tad disappointing. That hair adds ten years to her age for no discernible reason.

Listen, Zoe Saldana could throw on a pillowcase and some Pretty Pretty Princess jewelry and we’d all probably drool over how gorgeous she looks. But she’s resting on how pretty she is. Two shades of pink, a giant bow, and more ruffles than a bag of chips? No thank you.

They both look fine. I just have trouble believing that either of them has any romantic or sexual interest in the other.

Props for taking a risk, but this gown is a spectacular failure. Nobody wants to wear navy blue with that obnoxious shade of orange, except maybe Mr. Met. 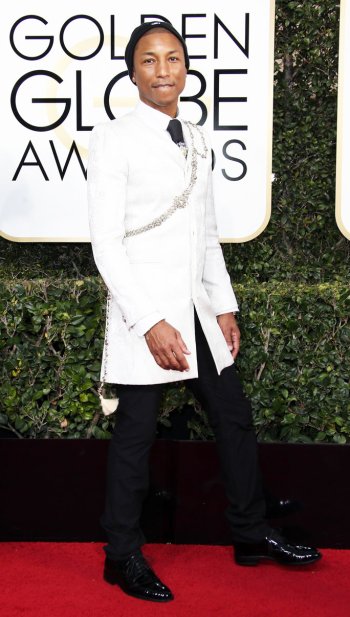 I don’t know, you guys. I know I’m always urging men to take more red carpet risks and stop dressing like bankers, but at the same time, I’m kind of exhausted by the shtickiness of Pharrell’s outfits. Maybe I’d like it without the hat, but this whole thing just makes me tired.

No. This fit has absolutely nothing to do with Gina’s actual body, and I resent that. She could have looked show-stopping in this, but instead it just sags off of her. Gina deserves better.

I have an important question. How the fuck did Blake manage to make her dress go from ankle-length in the above p

icture, to full-length WITH A TRAIN in the following picture? 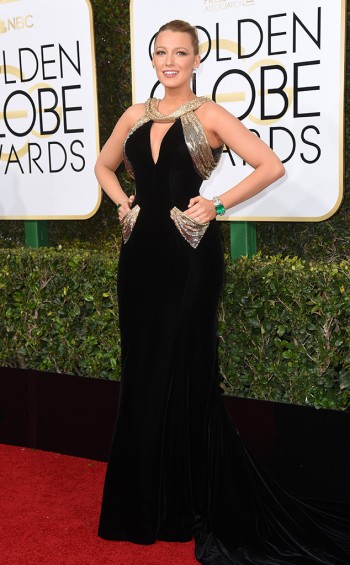 I hate literally everything about this. 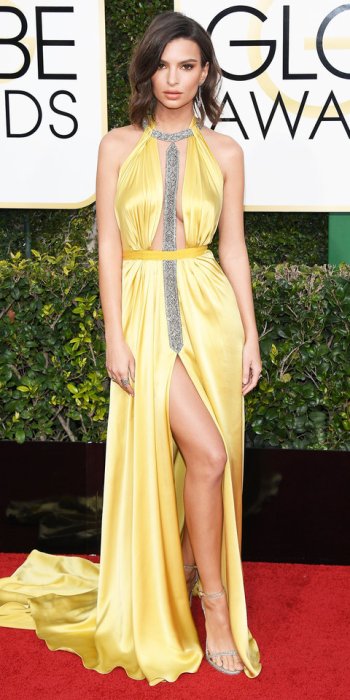 A bedazzled necktie and a satin bedsheet in the world’s most unfortunate shade of yellow do not a red carpet gown make.

Oh, honey. I feel for you, really, I do. But you need to fire everyone around you and stop letting Karl Lagerfeld convince you that his worst ideas are actually just TOO GENIUS FOR THE MAINSTREAM.