Our Met Gala coverage kicks off with the celebrities who did too much blow and thought they were at the Oscars!
Are you caught up on the rules? Good. 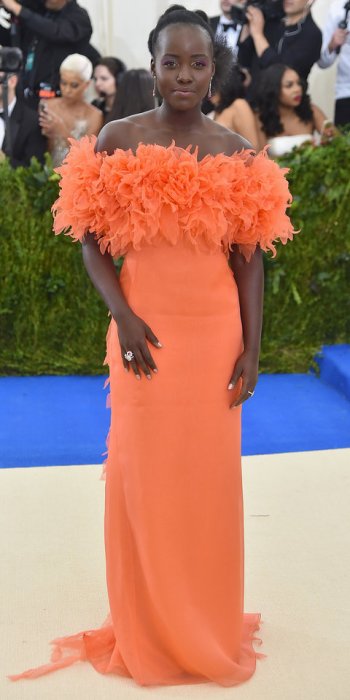 The color: EVERYTHING. The texture: FLAWLESS. The silhouette: SLAYING. The venue: COMPLETELY FUCKING WRONG. 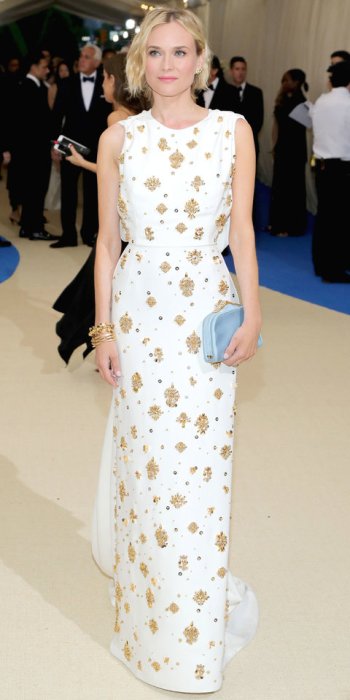 Et tu, Diane? You couldn’t have saved this beauty for a more normal red carpet event? The back view does play a bit with proportion, but not in a dramatic enough way to actually score any theme points:

Oscars dress in the front, bathrobe in the rear.

I almost stuck this in the Best Dressed/People Who Actually Followed the Goddamn Theme post. But I decided Kate Bosworth could have gotten away with wearing an upside-down triangle made of pubes, and instead went for what is essentially a basic gown with some upgraded detailing. She’s too Fashion to half-ass a theme.

For one of only a handful of times in recent history, I actually think Blake Lively is wearing something elegant, interesting, and well-styled. Too bad she couldn’t wear it TO THE FUCKING OSCARS.

Fuck you, Elle. I KNOW you have a weirdo-fashion side – I’ve seen you in those hideous Miu Miu flatforms – and you give me pure and innocent Disney princess? Here? NOW? How dare you. Also this is truly exquisitely lovely. Also also, fuck you. 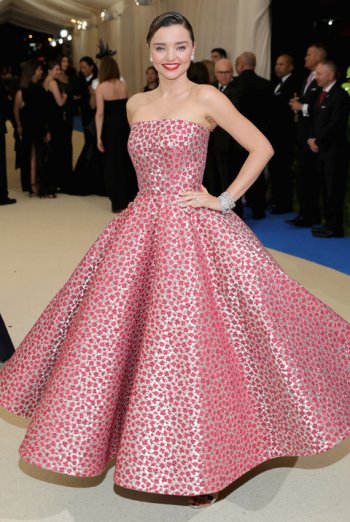 That lipstick is all wrong for this dress. 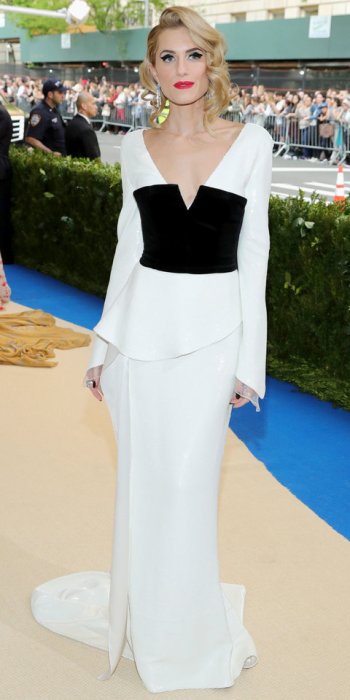 Definitely one of her all-time chicest looks, but the makeup ages her a decade.

I’m actually legitimately pissed she didn’t save this one for Cannes. This shit has film festival written all over it.

I’m all for interesting colors and weird fabrics, but this doesn’t push it hard enough and also just looks like two of my grandmother’s couches stapled together. Weirdly enough, that actually SHOULD work for this theme, but somehow it still falls short.

Would have scored her Honorable Mention in my SAG Awards post for sure.

The best thing about being J.Lo is that wherever you go, the theme is always J.Lo. Let’s get the back view, just for fun:

Can’t she wear this to the major awards shows, instead of something embellished and skintight and Zuhair Murad-esque? This easygoing flowiness is a nice surprise on her.

HANNAH BAGSHAWE and EDDIE REDMAYNE
gown and suit by Prada

I’m disappointed in you, Eddie. We both know you can bring it harder than this.

Seems like an odd combo of dress and person, no?

A purse in the same fabric as your gown? Sofia. Gurl. You are not a bridesmaid. Stop it.

Ill-fitting, oddly bridal, and black sandals were the wrong choice.

Respond to Met Gala 2017: This is not the goddamn Oscars.