Allison Janney had never looked better – until a few hours after this picture was taken, when she got to add Hollywood’s favorite accessory.

Mazel tov, Ms. Janney. You deserve every second of this.

The word “iconic” gets thrown around a lot lately. I myself am known to use it to describe, I don’t know, a particularly good cup of coffee. But I regret my part in the watering-down of that word, because you want to know what is iconic? RITA MORENA, AT 86 YEARS OLD, WEARING THE SAME DRESS SHE WORE IN 1962 WHEN SHE WON THE OSCAR FOR PLAYING ANITA IN WEST SIDE STORY. 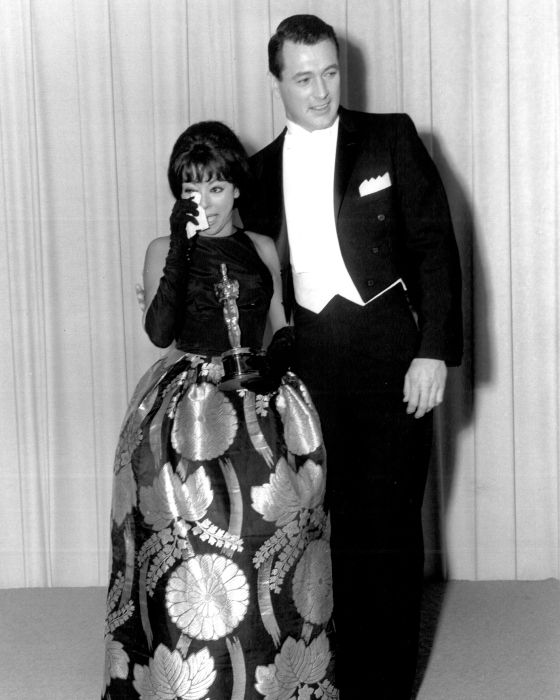 Rita Moreno at the 1962 Oscars

This is gorgeous and just the right amount of weird.

Nothing made me laugh harder than Jennifer on the red carpet, talking about how she usually doesn’t go for asymmetrical gowns because she’s afraid of them. That’s the most Jen Garner thing I’ve ever heard. Her style has never been anything close to daring. But honestly, kudos to her for coming out in this gorgeous shade of cobalt, in a silhouette with some actual interest to it. You’ve come a long way, baby.

The color is heavenly, and the jewelry is phenomenal.

There were a few too many matching Roger Vivier purses at this event for my taste, but I think Viola’s actually works. It brings the over-the-top Barbie vibe to a higher level, and this shade of pink is just magical on her.

I don’t love the droopy straps, but it’s got a strong minimalist vibe that I’m enjoying. And the purse is awesome.

It doesn’t feel particularly right for this event, but I think I could have drooled over this at Cannes or something.

I’m on board. The color is fantastic.

It looks a little too much like a bathing suit, but I’ll take it.

The belt seems strange, and the styling is off, and LORD I wish this were in an actual color. But there’s some magic to this dress, I’ll give her that much.

I think it errs just on this side of cartoon princess. It’s a good dress, but the styling isn’t helping.

Honestly, I was kind of bored.

I just want to give them both big wet cheek kisses.

I wanted to like this, but between the washed-out shade and the way that heavy bow pulls down and puckers the fabric, I just can’t. Saoirse deserves better.

How could such a bright color come off as so gloomy and depressing?

The fit is ruining this for me, but her smile is infectious.

Andra, did you get stuck in the curtains again?

A fashion blogger can only see the same dress so many times before she cracks. I am dangerously close to the breaking point, y’all.

Matthew and Camila regret to inform you that they are having a terrible time at this vampire wedding.