Which lucky ladies will make it through the first round?

Polls on the Chanel bracket have now closed, but our other brackets are going strong!

How do you accessorize your little white dresses, dear readers? With a dandelion hat, like Gaga? Or a DD-cup bra, like Sofia? 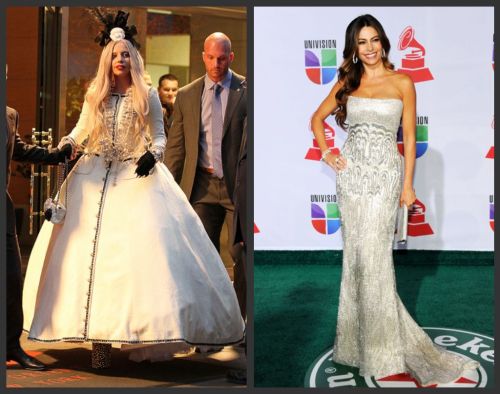 Battle of the bridal gowns! Gaga’s voluminous gown was custom-made for her by Karl Lagerfeld, but Sofia opts for lower-key chicness in Reem Acra.

Both ladies know how to show off the bod when it’s important (and when it’s not). But do you favor a gilded-and-feathered butt-accentuating McQueen gown, or a curve-hugging coral confection by Vera Wang?

Even Mondo Guerra, Master of the Houndstooth, might look at Gaga and say, “Honey, that’s a LOT of houndstooth.” But even a gypsy would tell Sofia she’s got too many damn bracelets on. So I guess that’s a wash.

Gaga spent an entire season in Versace, accessorizing colorful printed looks with platinum wigs, giant sunglasses, and platform heels (like any good drag queen would). Meanwhile, Sofia diva-ed out at the Globes in an intricate navy mermaid gown.

The choice is yours, dear readers. Who’s the fabbest? 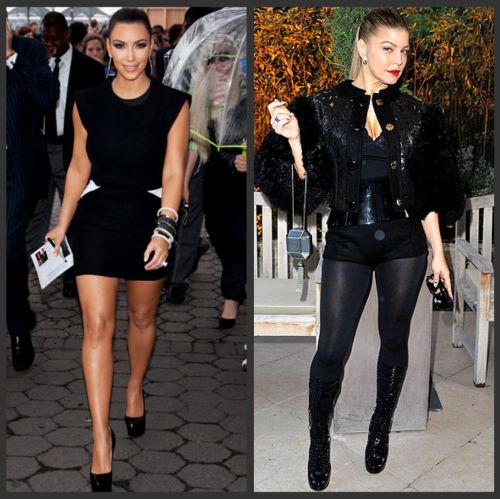 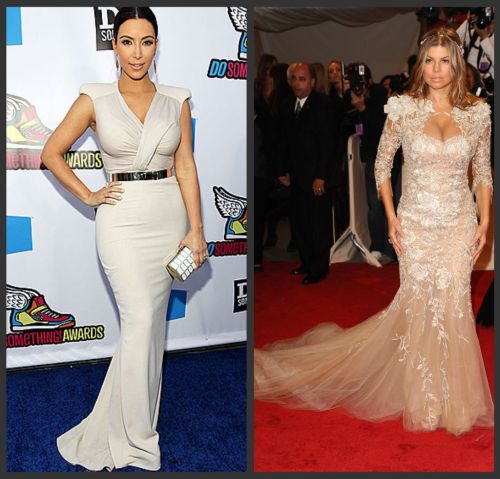 Battle of the Mermaid Gowns: Kim brings form-fitting winter white to the table as Ferg gets G to the L to the A-M-O-R-O-U-S in ethereal organza and lace. 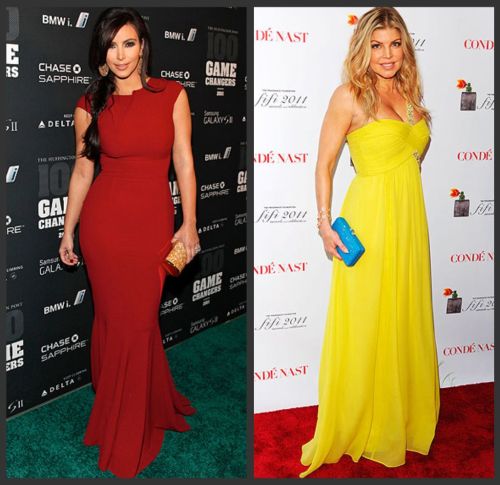 Every girl is a Louboutin girl (even those of us who’ve never had the pleasure of wearing them), but what kind of Louboutin girl are you, dear reader? Snakeskin ankle-strap platforms with a simple McQueen minidress? Or classic pointy silver pumps with a funky printed dress?

These over-the-top stars brought it all out: bright colors and loud prints, mega-heels and platforms. So, dear readers? Which will it be? 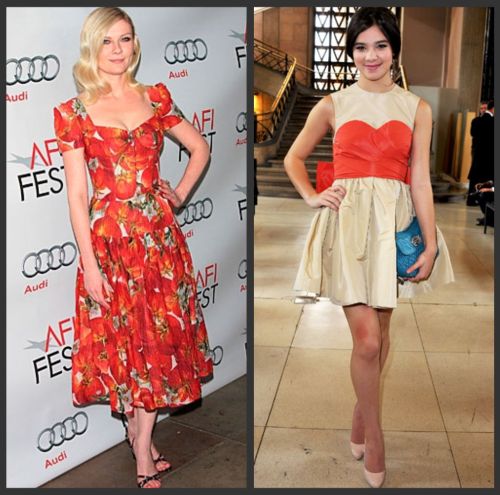 Is a dress covered in tomatoes absurd, or awesome? And how does Kirsten’s look compare to Hailee’s colorblocked Miu Miu ensemble?

When it’s time to hit a gala (which it always is), do you turn to one of Valentino’s ubiquitous black gowns with a sheer overlay? Or a more modern, golden-taupe colored McCartney dress with a short-in-the-front, long-in-the-back hemline?

You can’t go wrong with menswear for women – well, you totally can, but these lovely ladies did not. The question is, are you a California girl in a sun-colored suit or an East Coast type in a black tux?

Kirsten goes youthful in a tea-length floral-embellished glittery design, while Hailee gets mature in a nude shift with a bejeweled collar and matching nude accessories.

On Kirsten, white goes a long way – literally, with sleeves to the elbows and a full-length skirt. On Hailee, less is more – unless it’s a pop of color, in which case, more is more!

So which will it be?

White and silver gown with a draped skirt? Check. Ethereal, angelically soft curls? Check. Vanessa’s vibe is more boho-chic, while Anne’s is good-girl-gone-whimsical – which is better?

Both ladies donned strapless cocktail dresses with beaded/bedazzled bodices. Are you a fan of Vanessa’s white/silver combo, or Anne’s black & gold ensemble?

But when these ladies go formal, they take different paths. Vanessa stays youthful and fanciful in a bright yellow strapless number, while Anne prefers a more refined, elegant silhouette with a high neckline. 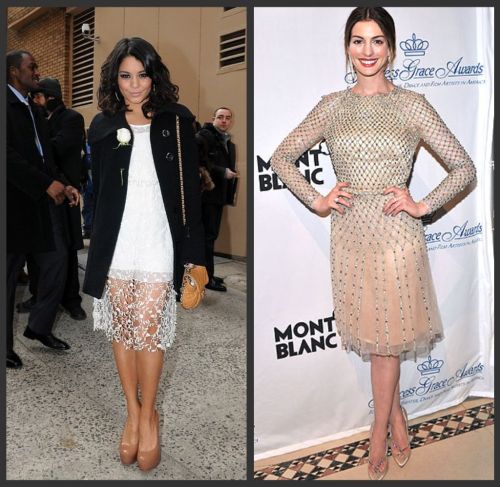 Nobody does texture better! Vanessa is adorable in her LWD with that fascinating textured skirt (perfectly styled with her peacoat and tan purse), while Anne gives us plenty of glam in a dress textured with glitz and glitter.

Yellow as daffodils or blue as forget-me-nots, you can’t go wrong with a starlet in floral prints.

So who’s the winner?