A tribute to those who attempted the theme, took a leap of faith, and failed spectacularly.

I cannot explain the joy I feel, seeing the last surviving child of JFK and Jackie O hit the Met Gala in something so on-theme that it’s actually painful to look at. This is one of the most spectacular failures I’ve ever witnessed. Caroline does not appear to have legs of any kind. Her feet are dangling out from that dress like someone dropped a house on her. The traditional, straight-laced styling is an almost hilarious juxtaposition to the epicenter of weirdness that is her dress. God bless you, Caroline. Thank you for giving bored fashion bloggers something to talk about.

From this angle, I was willing to put this in the “Well… Almost!” post, for those who aimed for the theme and nearly succeeded. The hair is a dealbreaker, but I thought the rest of this almost worked, until I saw it from another angle:

That’s when I realized this dress was made with no consideration for the woman wearing it. She’s not actually wearing this dress at all – she’s living inside it, like it’s a house. I’ve certainly seen New York City studios with less square footage. 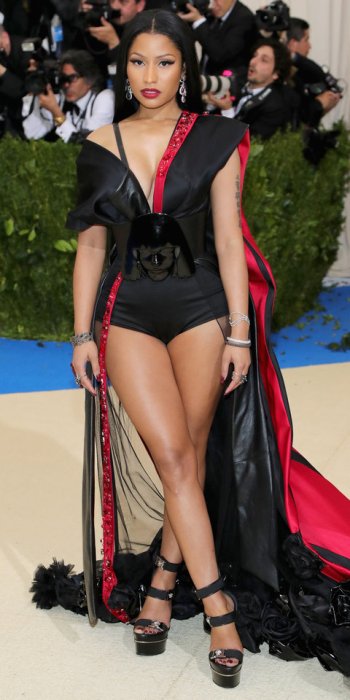 Props for wearing Rei Kawakubo’s face as a belt, but the rest of this feels like she raided the dressing room at a cheap drag show.

Volume is great! Proportions are cool! I’m here for weirdness! But even I have to draw the line somewhere, and I draw it at that hair. At least on her. Or without a similarly-proportioned skirt that’s like, thirty feet wide.

Evan, I ADORE you. But you look like Kristen Stewart on those days when she gives WAY too few fucks.

I’m not sure this was the theme to pull out your Chiquita Banana couture, but, more power to ya! 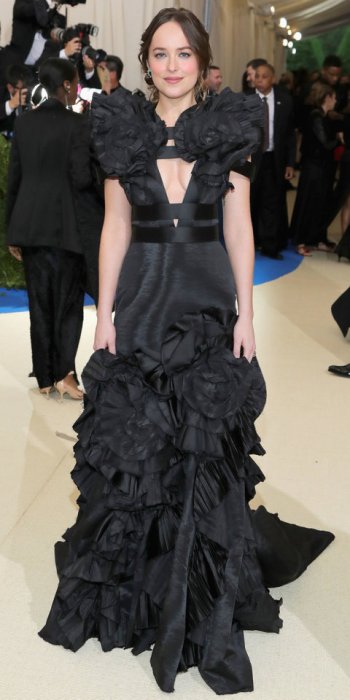 You need to have some serious It Factor to pull off whatever the hell is happening on that skirt. And Dakota… does not have it. 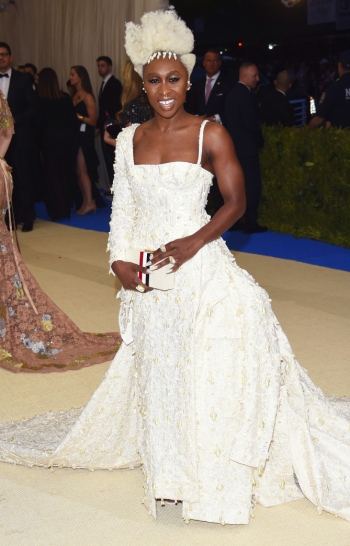 This one also nearly made it into the “Well… Almost! post, until I realized she’s essentially wearing very fussy curtains. 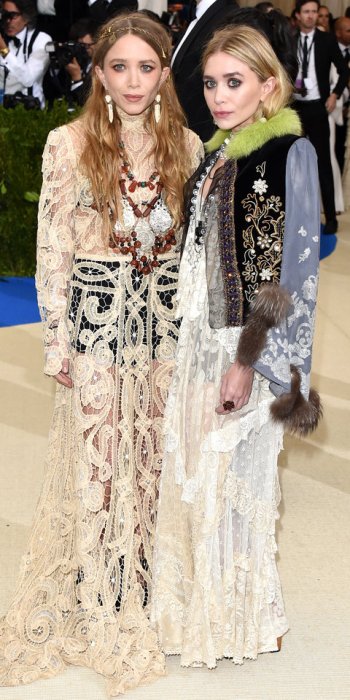 Are we sure these two aren’t eccentric recluses? Like, we’re POSITIVE they aren’t Little Edie and Big Edie?

I LOVE that Celine came to play. She’s clearly having a blast. That eyeliner obscures the fact that she has eyes at all, and Sarah Jessica Parker wants her tacky headpiece back, but go on, girl.

Is that what Cabbage Patch Kids look like before they grow yarn-hair? 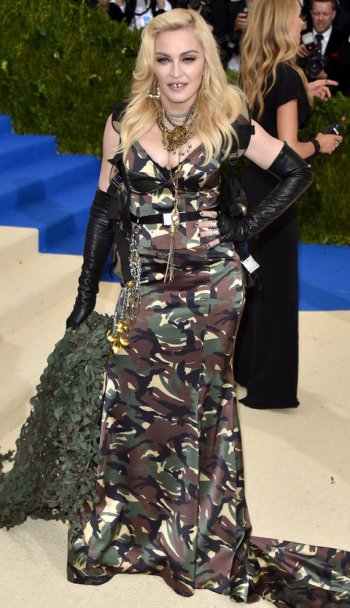 Sue H&M for what they did to you, Ashley.

We already have one Chloë Sevigny. Do we really need another?

I demand an explanation for why Keri Russell is cosplaying as a sad clown at a wedding.