Buckle up, divas. This red carpet is a DISASTER.

At least the top pick for this post was easy, because Alicia Vikander had basically no competition. This was glam AF (the camera lights hit it perfectly) but way more than just your basic bitch red carpet gown. Love the mod geometric shapes, the sleeve length, and basically everything about her.

She is sixteen, and has ten times the grace and style of well over half the women on this red carpet. Take note, Hollywood. Kiernan is a goddess.

This cut is amazing on her, and that Angelina leg is everything.

Killer color, lovely makeup, and finally a dress that mostly works on her in terms of proportion. Khaleesi is a tiny thing – 5’2″ – and too many of her gowns aren’t tailored to her height in a way that doesn’t scream, “this gown meant for there to be seven more inches of vertical space on my body!” So, well done.

It’s not reinventing the wheel, and the hair could use a Zoloft, but I don’t hate it. And sadly, that’s really all that was required to snag the #5 spot in this hot disaster of a post.

Points for opting for print and color, but I’m not sure that print is all that nice to look at. Still, it was interesting and polished enough for me to support it. 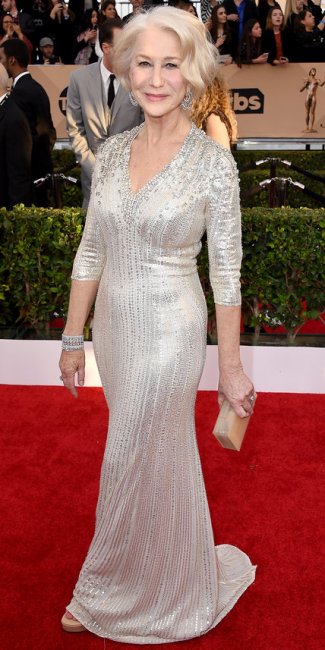 Sex on a stick. (To be honest, it’s a little snug and the accessories make me depressed, but this woman just emanates orgasms.)

Sleek, mod, and extremely cool, but this is kind of the only thing Julianna wears.

Gothic, romantic, and extremely cool, but this is kind of the only thing Rooney wears.

The proportions aren’t great, and I think I’ve seen about seven different versions of this outfit this year, but it’s slim pickings out here. So I’ll be nice and say I approve. 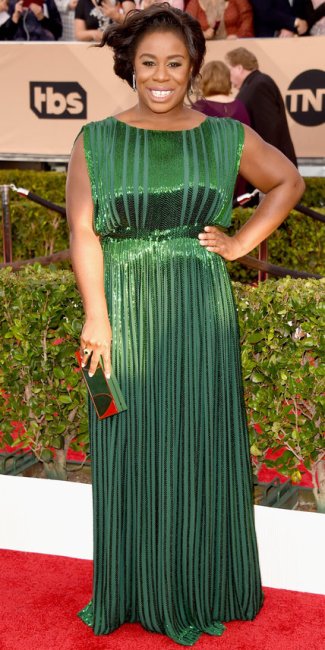 Uzo usually pulls out all the stops for the big awards shows, but this left me underwhelmed.

I adore the collar and the sleeves. The effect is overall a little aging, and the styling is not my fave, but she’s glowing in this dress.

Like everything in Kate Winslet’s wardrobe, this was lovely and completely unremarkable. 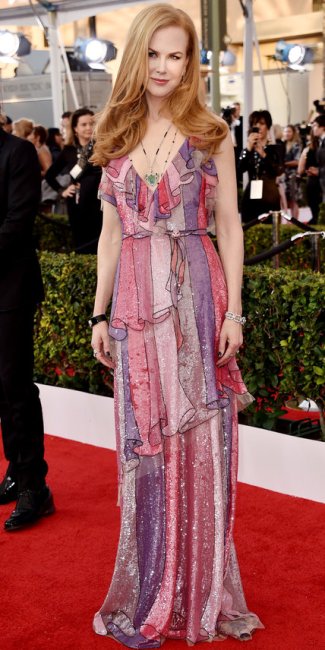 Nicole Kidman is wearing a bedazzled circus tent, and we’re nowhere NEAR the worst dressed on this red carpet. I swear, you guys, they must have distributed free crack to every stylist in Hollywood. I can’t think of a more plausible explanation for the number of fashion atrocities committed at this event.

I hate mermaid gowns, and I think this color is terrible, but Viola Davis is so spectacular, she almost the tackiness of this dress. 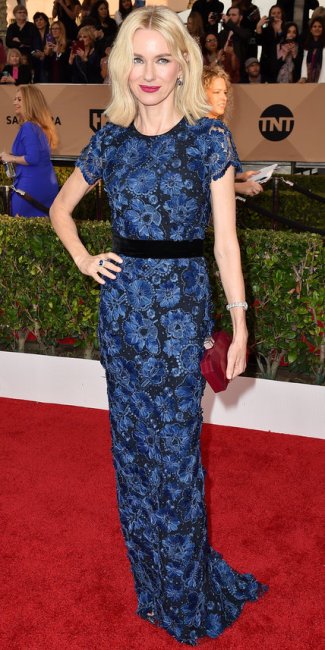 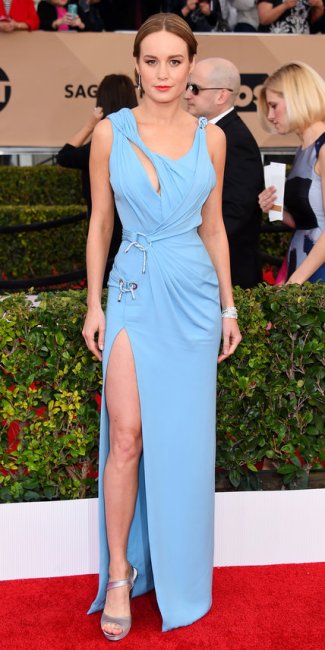 I feel for Brie Larson, really, I do. Her dress was clawed apart by a cat and hooked back together by someone who was mistakenly convinced he knew how to tie a knot. That’s a lot to have happen to you on such a big night. A moment of silence for the rest of Brie’s dress.

If you were aiming for invisible, Saoirse, you definitely hit the mark. 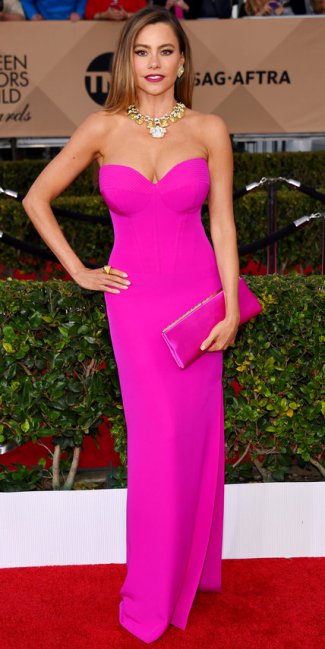 Sofia Vergara’s wardrobe is where good taste, creativity, and basically everything good and interesting in the known universe goes to die.

This is weird and upsetting. Oh, and I tried to get another angle, but it was all just photos of Rooney and Kate Mara posing together with their sideboob on full display. Don’t get me wrong, I’m all for some well-placed sideboob, but posting a picture of sisters with matching sideboob just made me feel weird. Google that shit on your own time.

Fun fact: this dress is made from 90% recycled wallpaper and 10% hot garbage.

Nope. I’m not taking you seriously when your bodice is made of Koosh balls. It’s just not physically possible.

Hair, makeup, Project Runway reject top, insanely proportioned pants – it is incredible how many things I can hate about this while still loving Kristen Wiig.

I want this to work solely on the power of Gwendoline Christie’s amazingness, but even the Maid of Tarth can’t make this stapled-together box look like fashion.

She’s trolling me, right? She’s not like… EARNESTLY wearing bright green metallic garbage bags tied around her tits, is she?

Did anyone lose a Draper? This bedraggled one washed up with the evening tide, and I certainly don’t want to have to touch that thing.