Listen, I’ve got a lot going on in my life right now. So if my Oscars coverage has to stretch into April, then you will just have to fucking deal with it, my beautiful queens. 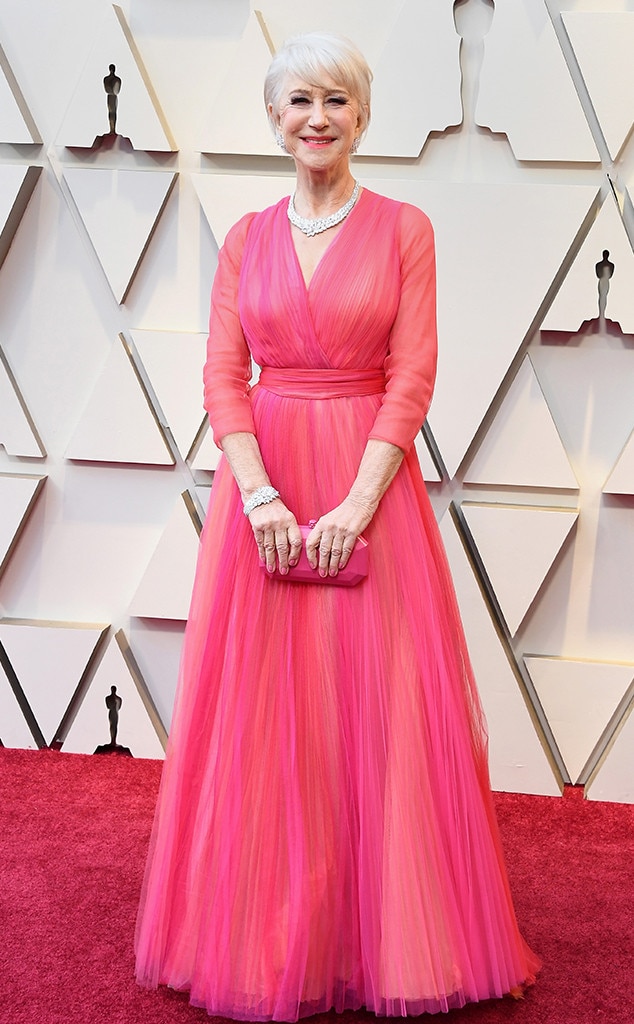 The theme of the Oscars – aside from Billy Porter – was PINK. Helen Mirren SHOWED THE FUCK UP in this bright watermelon number, and she executed it flawlessly. The matching lips, purse, and nails, contrasted with a small nation’s GDP’s worth of diamonds? Yes. Yes to all of this. All hail the queen. 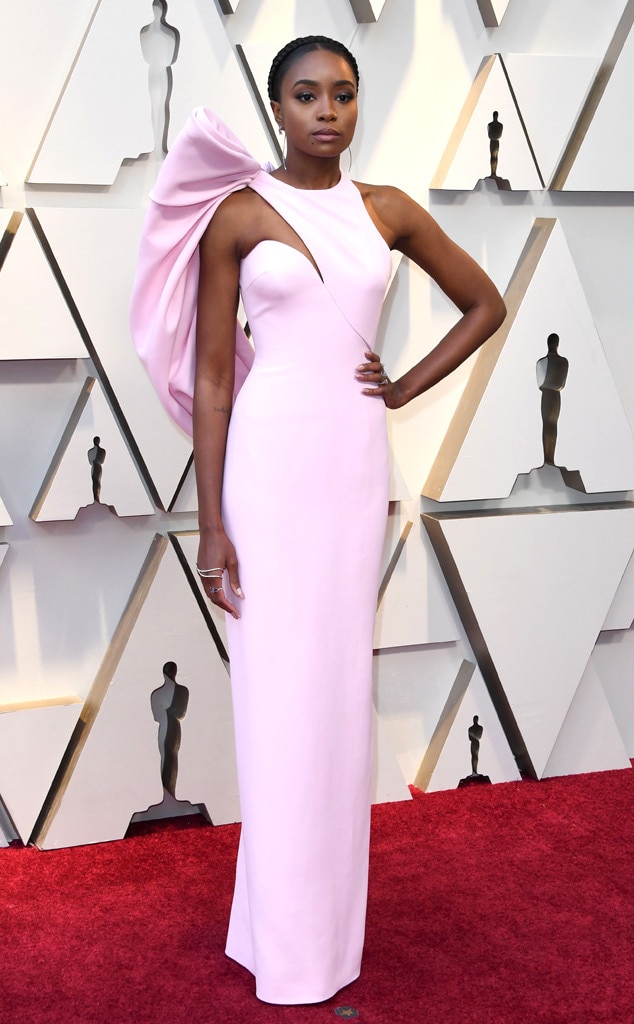 I adore this. She’s like an abstract orchid and I am extremely here for it. Pure elegance with a touch of intrigue.

Warning: this dress is NOT for everyone. You absolutely have to be a country star/gay icon in order to pull this off – no exceptions. Anyone else would look like a poodle on Easter. Luckily, Kacey Musgraves is the next generation’s Dolly Parton, so this is a match made in heaven.

The bottom half of the dress feels like it should be on a different person entirely, and the headband/center-parted slick-straight hair combo feels a bit dated to me. But that little latex crop top is perfection, and that fire-engine red really pops.That sound you hear in the distance is a million bisexual women sighing with delight.

Amandla looks divine. The bodice is draped to perfection, though I think the fringe on the skirt should have been thicker, to better conceal the lining. But this is utterly chic coolness, and the light touch of their stylist works very nicely here.

She’s fifteen, she starred in a critically acclaimed movie, and she wears kicky little pantsuits everywhere. Elsie Fisher might be my hero. I’m not loving the cropped nature of the suit – especially with the long sleeves and boots peeking out underneath, it makes it look like she’s grown out of her clothes. But the vest and the brooch are to die for, the purse is a ton of fun, and I’m always here for the relative newbies who actually take risks on the red carpet. 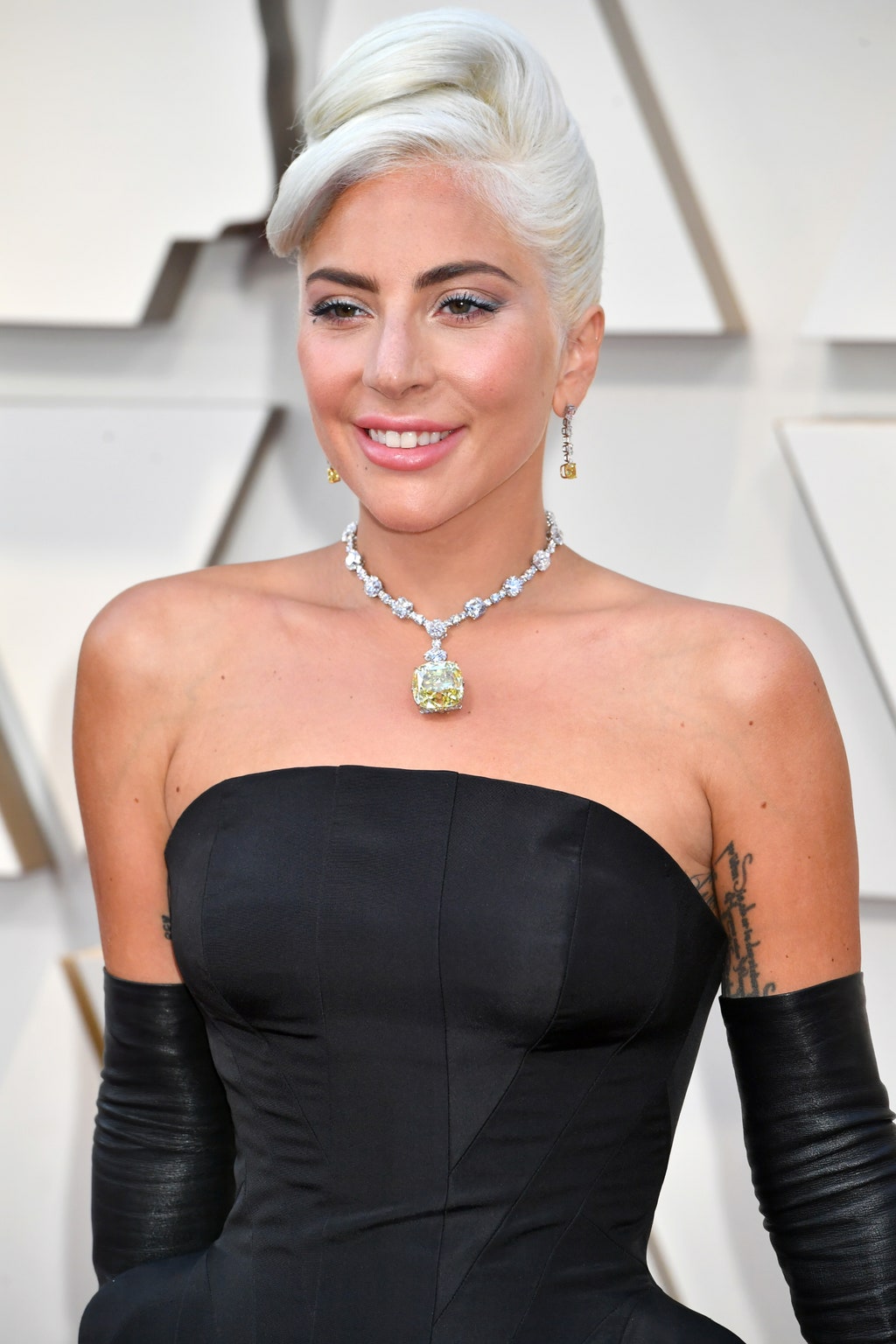 From the neck up, this is everything you could ever want from Lady Gaga at the Oscars. She’s wearing a 128-carat yellow diamond Tiffany necklace that was last worn by Audrey Motherfucking Hepburn for a Breakfast at Tiffany‘s promo shoot, for God’s sake. What could be more iconic? And yet…

… this dress left me utterly disappointed. The hips look like a first-time drag queen padded herself in the dark. And more importantly, you couldn’t glance across the red carpet and immediately spot Lady Gaga. That is a crime against humanity. This is the woman who once arrived on the red carpet cocooned in a giant egg carried by four models. I’m not saying she needs to wear raw meat to the Oscars, but I still want to see a splash of that weirdness that makes Gaga who she is.

He’s fucking stunning, and that vest is perfection.

One of Hollywood’s leading Chrises, Mr. Evans stood out from the crowd in this velvet jacket. That smoky cerulean color is really gorgeous.

You can go ahead and keep that gown, Marie. This thing definitely sparks joy. 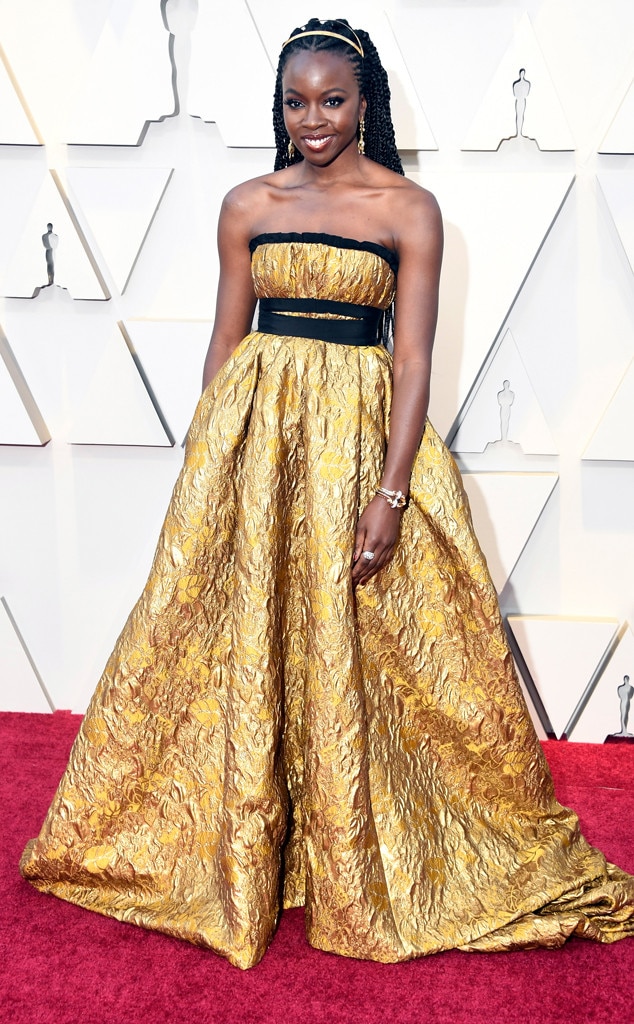 This is a tough one for me, because my grandmother definitely had a bunch of rock-hard little round pillows upholstered in this exact fabric. But Danai has never looked glowier, and the styling here is absolutely phenomenal.

A Spike Lee homage to Prince is more than we as a species deserve.

Terrific color, lovely sleeves, but I’m not sold on the fabric. It appears shiny like plastic, instead of glittering like sparkles, and I recognize how absurd that sentence is, but there actually is a distinction.

I wish this fit a little bit better, but I’m not mad at it.

Beautiful, if a tad forgettable. Love the jewelry.

She looks amazing in cobalt, but the almost-but-not-quite-matching purse is killing me. Give that back to the bridesmaid you stole it from, Tina.

The droopy bow tie and the fit of that vest leave Stephan looking more than a little bit ridiculous, but props to you for taking a risk, honey. The red velvet was a good instinct, but he needed to go up a size, and those boots are inexcusable.

I can understand why some people loved this, but for me, it’s a circus tent in a migraine-inducing color. But since it has pockets, I feel obligated to say, “It has pockets!” 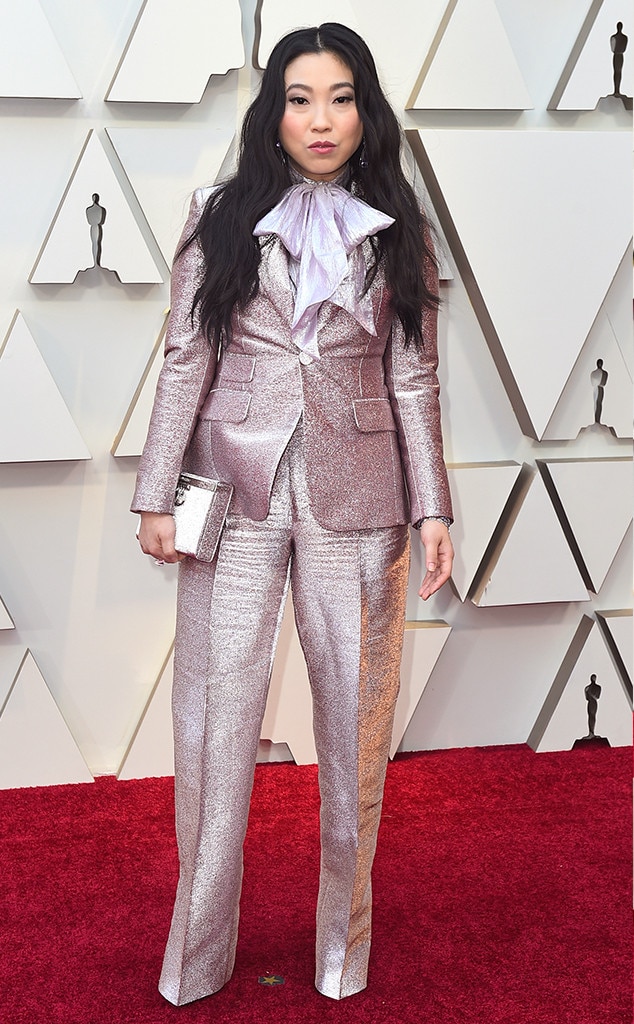 Points for effort, but that fabric gives me American Apparel flashbacks, and the fit is a nightmare. Awkwafina deserves better.

At this point, the shorts don’t even bother me. It’s the sweatsocks that I absolutely cannot abide. Not ironically, not sincerely, not as a Statement. Just… no.